VIEWER'S GUIDE: Conditions Lining Up Nicely on Lake of the Ozarks for Elimination Round 2 - Major League Fishing
Shop 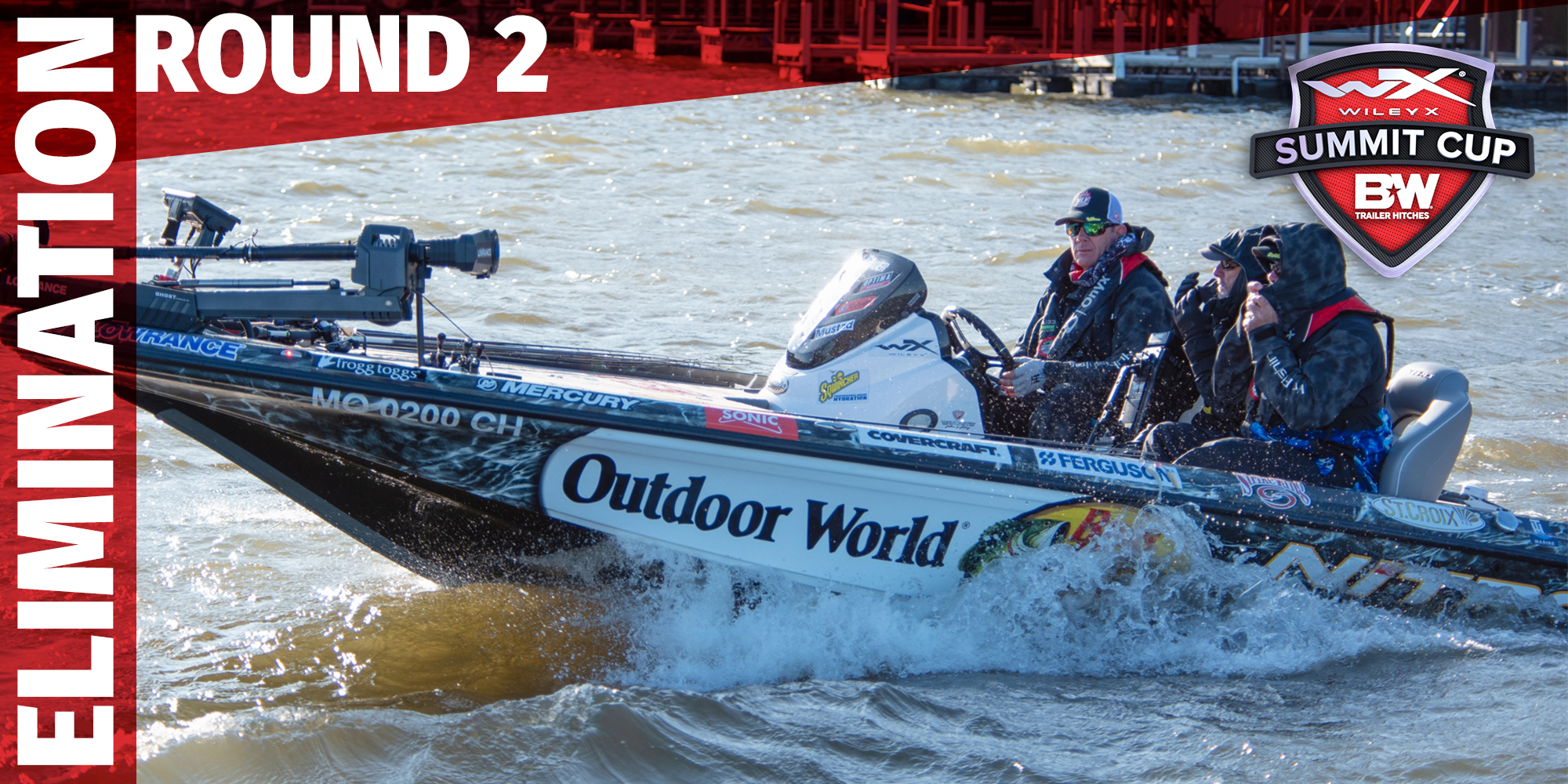 Kevin VanDam is one of 10 anglers vying for a Top 6 spot in the Elimination Round premiering on Saturday. Photo by Garrick Dixon

OSAGE BEACH, Mo. – The 10 anglers competing in Elimination Round 2 of the Wiley X Summit Cup Presented by B&W Trailer Hitches will roll up to Lake of the Ozarks in central Missouri in hopes of being one of six pros who will be moving on to the Sudden Death Rounds.

With an abundance of shad and a plethora of structure and cover options to fish, it should be another productive round for the 10 pros.

A Look at Conditions and Targets

It was a sunny fall day in central Missouri when Elimination Round 2 was held in early October of 2019. Although it may feel like fall to the anglers, MLF analyst Marty Stone says that the pros shouldn’t put all their eggs into the fall-bite basket just yet.

“We’re going to have western winds anywhere from 10 to 20 mph,” Stone said. “We’ve also had some cooler nights, and that’s going to drop the water temperature. Still, it hasn’t cooled off enough to be an all-out fall bite.”

Lake of the Ozarks covers more than 54,000 surface acres, but the anglers will be contained to the area of Gravois Creek, just like the pros in Elimination Round 1. Even though they’re contained within a single zone, that doesn’t mean the pros will be fighting each other for real estate.

“This is a large zone in Gravois Creek with over 107 miles of shoreline and 6,200 surface acres of water,” Stone explained. “There are plenty of targets in this area, with docks by the thousands. Rock and wood will be the key, though. There’s plenty of rock in this zone with riprap, retaining walls, chunk rock banks and bluff walls. There’s also wood in the backs of creeks.”

Too much of a good thing can sometimes be a bad thing. Stone says that the abundance of shad could make fish bite an artificial bait.

“The biggest factor today will be finding the baitfish,” Stone predicted. “The shad are everywhere and there’s almost too much. The anglers are going to have to make the bass react to a lure. That can be tough in the fall. With heavy wind, it’s going to be difficult for the anglers to move around. The anglers that find that perfect mix of bass and shad are going to be the ones who are moving on.”

There are some big names in Elimination Round 2, all with MLF Cup experience this season or in the past. Todd Faircloth, Jared Lintner, Fred Roumbanis and Wesley Strader are all competing in their third of four possible Cup events.

The Summit Cup will be the second stint of Cup competition for Mark Daniels Jr., Randy Howell, Alton Jones Jr., and Brandon Palaniuk this year.

The two pros making their not-so-new debut are Kevin VanDam and Scott Suggs. VanDam comes in with three MLF wins to his credit, searching for his fourth, while Suggs won the 2015 Summit Cup in Waterville, Maine.

The 10 competing anglers bring us Elimination Round 2 on Saturday, May 23 at 2 p.m. ET on Outdoor Channel.