Vinson Mixed it up With Crankbaits, Topwater to Win Patriot Cup Elimination Round 1 - Major League Fishing 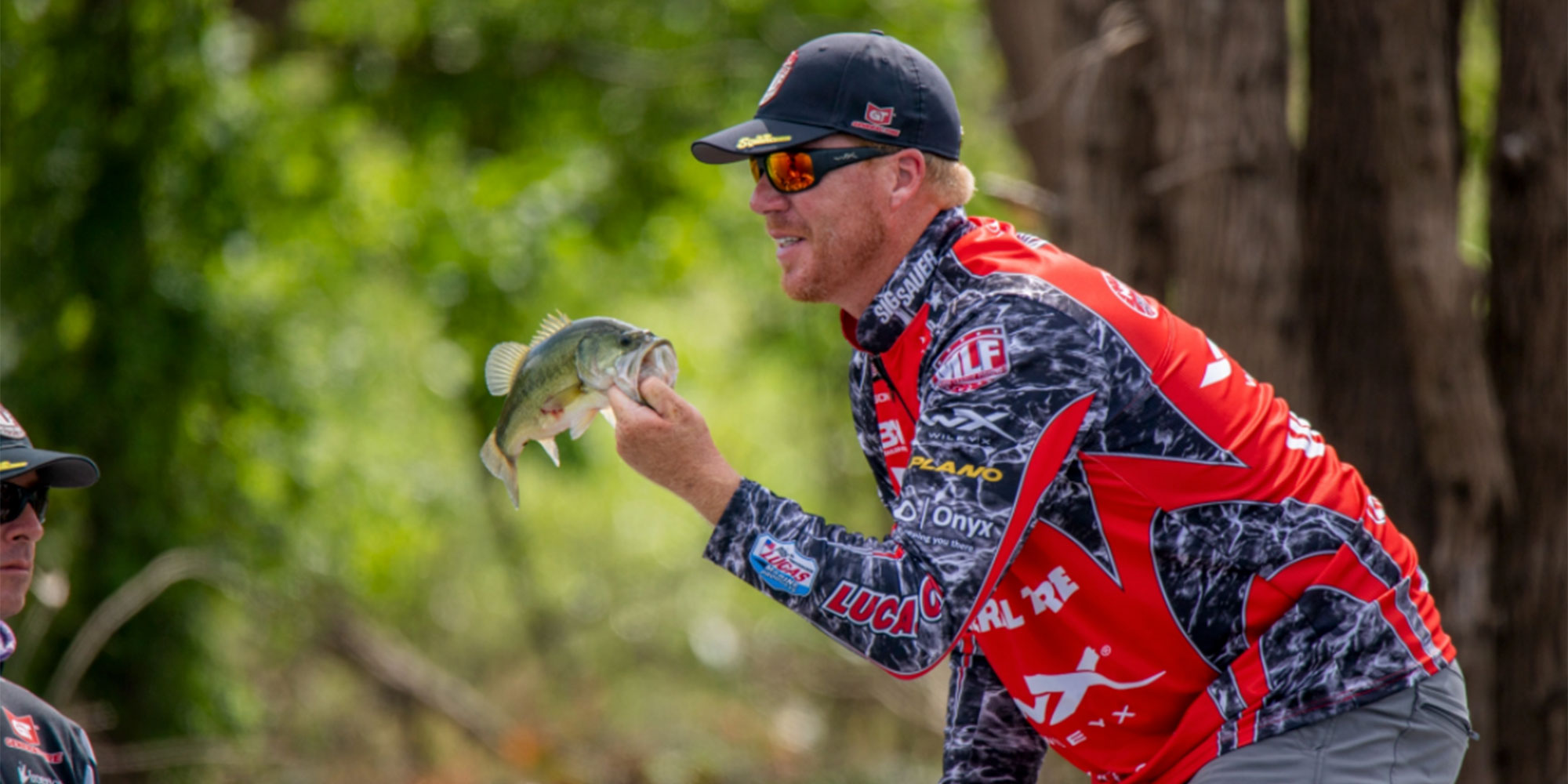 Greg Vinson finished Elimination Round 1 in first place with 24 bass for 33-12. Photo by Joe Branch

MUSKOGEE, Okla. – The Sqwincher Patriot Cup Presented by Venmo placed 30 anglers in Oklahoma during the late summer, with no information about where they would be fishing. It turns out that Fort Gibson Lake would be the venue for the first 10 anglers who competed during this cup during Elimination Round 1.

When the anglers launched their boats, they found that the water was warm, dirty and higher than usual.

Due to the conditions and time of year, Greg Vinson’s first move was to head back into a creek. He was able to catch some scorable bass, but the initial plan didn’t produce as well as expected, so he moved towards the main lake and started to experiment.

“I started hopping around and was able to catch a few on a small crankbait,” Vinson said. “Then I figured out that the fish were on secondary points in the bushes. I started pitching a jig and they were ripping the craws off of my trailer. It was frustrating, but I felt like I was getting closer to figuring it out.”

He then made the move that he calls the key moment of the day, switching to a black River2Sea Whopper Plopper 90 topwater.

“I went back to where I was missing fish on a jig and they started schooling in front of me, which is always what you want to find in a Cup event,” Vinson said.

Vinson started catching them consistently until Period 2 ended, but also missed several that were swiping at the bait. During the break, he rigged up a larger Whopper Plopper 110 that he had modified to better hook fish.

“I wish I could take credit for it, but I saw David Dudley’s video on how to do it on YouTube,” Vinson admitted. “You add a hook to the nose and add wire to keep it from tangling your line. On the rear hook, you add some heat shrink tubing to make the hook stand out better.”

That wasn’t the only change Vinson made to the bait, as he also used a sharpie to make the entire bait black. Once Period 3 began, he continued to catch fish and passed Stephen Browning for the lead and won the round with 24 bass for 33 pounds, 12 ounces.

He fished both topwaters on a rod that he built on an MHX 907 blank, a 7-foot, 6-inch cranking rod that he says excels for topwater baits. Vinson paired it with a 7.2:1 reel spooled with a 40-pound Stealth Gray Seaguar Smackdown braid.

Stephen Browning spent much of the day leading the field before ending up in second place for the day. He rode a strong morning bite with a ChatterBait to advance after landing 17 bass for 28 pounds, 15 ounces.

“The biggest thing for the day was fishing the flooded buckbrush. Most of the targets were in about three feet of water,” Browning said. “The thing that really helped that area was the wind was blowing into it and pushing the baitfish into those pockets.”

Because the bass were feeding on shad, he chose a 1/2-ounce white Z-Man Evergreen Jack Hammer ChatterBait with a pearl Z-Man DieZeL MinnowZ swimbait serving as the trailer.

“That trailer is a little bulkier and helps keeps the ChatterBait up higher in the water column and that’s where the fish were positioned,” Browning added.