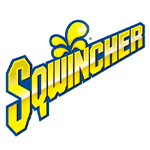 MLF pro Jason Christie says it best as this week's episode of Major League Fishing's Cup Overflow gets going: "It's always something simple."

Christie was referring to the pattern that Mark Rose relied on to run away with the Championship Round of the Sqwincher Patriot Cup presented by Venmo. As Christie, Brent Ehrler and Brent Chapman sat down to watch the final round on Fort Gibson Lake in Oklahoma, they already knew that Rose had dominated the day – but they didn't know how.

Join the watch party as these three MLF veterans break down the latest episode: what they did right, what they maybe did wrong, and the simple pattern that Rose used to take home the trophy!

Watch other videos from this event

Inside Access: MLF Pros Hoop It Up at the Patriot Cup