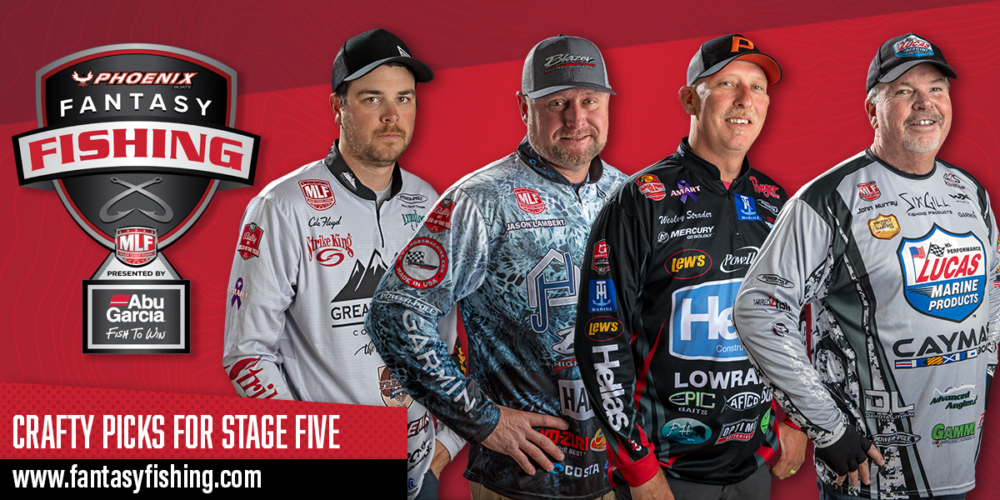 After a monthlong break, the Bass Pro Tour is back and it’s time to make your picks for the General Tire Stage Five Presented by Covercraft on Watts Bar Lake. The lake is a good fishery, but other TVA lakes overshadow it (especially Chickamauga, which is just 20 minutes away).

Watts Bar is not a frequent stop on the professional tournament trails and is an unknown to most everyone in the field. That makes it a little tricky to make fantasy picks for this one. But with plenty of East Tennessee pros and several ledge gurus on the roster, choosing who to go with for your team becomes a little easier.

There’s a contingent of Tennessee anglers who know Watts Bar well. Picking a handful of Volunteer State anglers would be wise this week. Anglers like Ott DeFoe could shine as he has experience dating back to his youth fishing tournaments there, but he’s not a true local and doesn’t fish it as often as he’d like to. Still, DeFoe has had a subpar year – aside from winning the non-points Heavy Hitters event – and is due for a solid finish.

Wesley Strader, however, is as local as they get. The Spring City, Tennessee pro is fishing well this season and sits in 19th in the Bally Bet Angler of the Year race. He’ll be one to watch at Stage Five.

June and the Tennessee River mean ledge fishing: it’s where the term originated as anglers targeted the river ledge and now the term has become generic for fishing offshore just about everywhere. All of the anglers fishing this week have experience doing it, but there are some standouts, including Mark Rose, Jason Lambert (more on him later), and Cole Floyd.

Rose is exceptional with deep-diving crankbaits and has plenty of offshore tricks that should fit right in at Watts Bar. He’d be a solid choice for fantasy managers, along with rookie Cole Floyd. Floyd says he’s a “shallow guy” who likes to flip and pitch, but he’s highly skilled away from the bank. His Phoenix Boats Bass Fishing League record was impeccable during his college days fishing the LBL Division and Kentucky Lake as he scored a win, multiple Top 10s and three straight AOYs. He’s a deadly offshore angler who’s also proven he has what it takes to compete at this level in his first season on the Bass Pro Tour.

Two Picks in the Under 40 Groups

In Group A, John Murray is an easy choice. The West Coast legend now calls Spring City home. He lives on Watts Bar and also guides there. Even though Murray hasn’t spent decades in East Tennessee like other pros fishing this week, he likely has more recent experience on the lake than anyone else in the field. Aside from his local knowledge, his fishing style and finesse skills should play well here.

If there was ever a tournament for Jason Lambert to shine, it’s this one. He’s a solid choice for your Group B pick. He’s a magician offshore and scored his best Bass Pro Tour finish last year when he finished third on Chickamauga, which was also in June. Expect him to do well on Watts Bar even though he’s never been there.