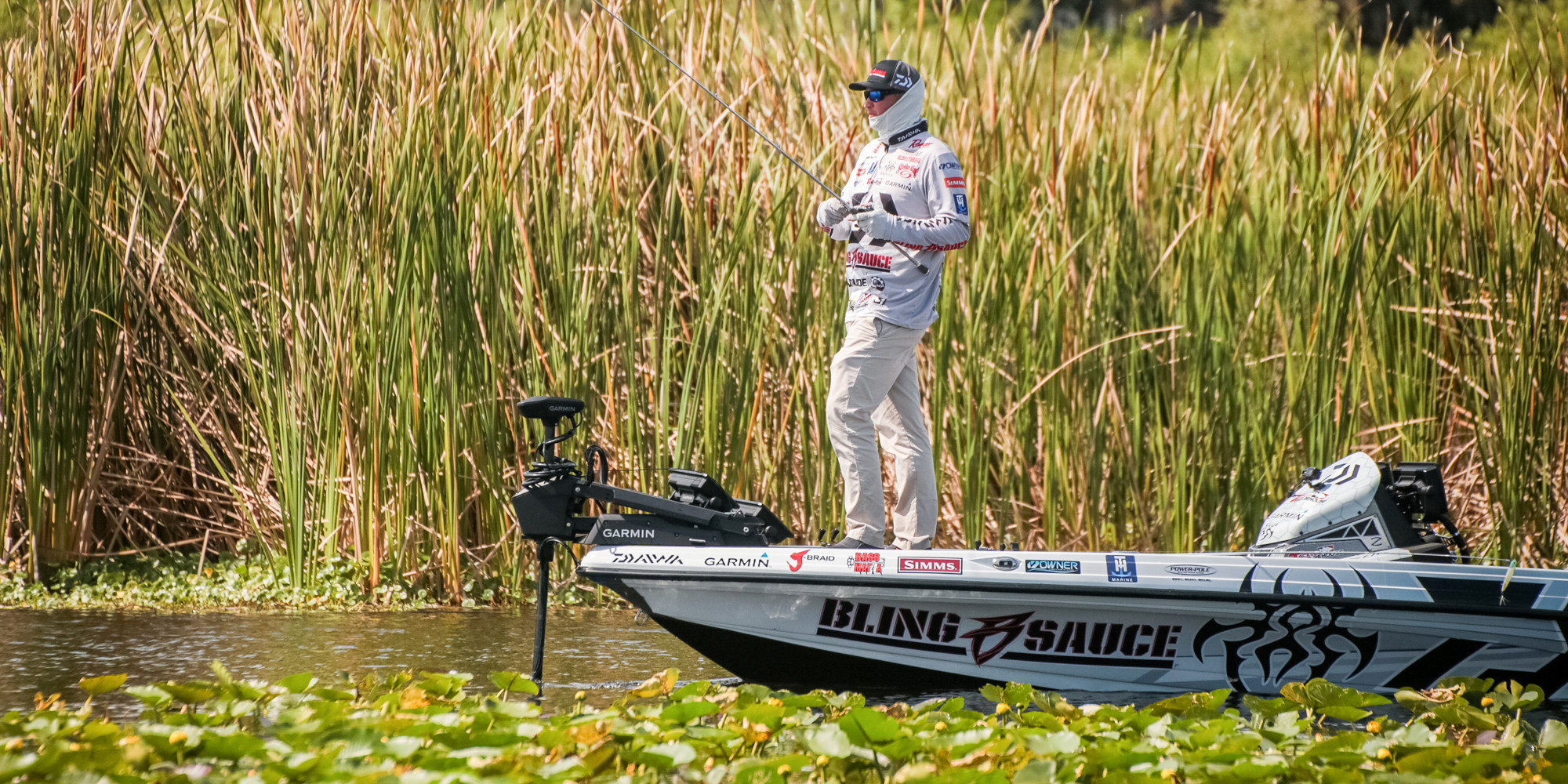 MLF pro Cody Meyer is looking forward to a busy second half of the 2020 tournament season. Photo by Phoenix Moore

As MLF pro Cody Meyer begins to tally up the competition weeks ahead of him in the second half of the 2020 tournament season, he comes to a sudden realization: “Holy smokes, I’m going to be busy this summer and fall,” Meyer said.

Meyer will return to competition June 7-12 at the Bass Pro Tour Heavy Hitters Presented by Venmo – the official restart of the 2020 MLF season after a 2 1/2-month pause due to COVID-19 – and then finish out the Bass Pro Tour season July 10-15 at Evinrude Stage Five Presented by Covercraft, on Lake Champlain in Burlington, Vermont.

In between those dates, the Daiwa pro will compete in the FLW Pro Circuit Super Tournament on Lake Chickamauga June 23-26, which puts him in East Tennessee for practice eight days after the final day on the Kissimmee Chain.

But that’s just a start.

As one of 16 qualifiers for the 2020 General Tire World Championship, Meyer will leave Lake Champlain to head to an undisclosed location July 19-24 to compete in his first World Championship, just four days after the final day of Stage Five. From there, Meyer will hustle to La Crosse, Wisconsin to start practice for the Mississippi River FLW Super Tournament two days later (July 26).

He ends his two-month run August 11-14 at the final FLW Super Tournament of the year, on the Detroit River. It’s a stretch of six events in 10 weeks: a full plate, by all means, but one that Meyer is glad to fill.

“I make a living fishing, so I personally feel like I need to fish as much as possible,” Meyer said. “As weird as this year has been for everybody, I’m ultimately looking at a schedule where I have a chance to fish more tournaments then I would in a ‘normal’ year. I can’t speak for everybody, but I want to be out there competing and promoting sponsors as much as possible. I’m ready to fish.”

The MLF season kicked off in early February with Stage One at Lake Eufaula, and followed up with two more events – Stages Two and Three at Lake Okeechobee and Lake Fork – before COVID-19 interrupted the schedule.

And most importantly for a league striving to expand the visibility of the sport of bass fishing, viewership was extremely high: bass fans consumed 49 million minutes of Bass Pro Tour competition on the MLF NOW! live stream, and viewership rose event-over-event to record numbers at Stage Three Lake Fork.

Those three events – combined with the two six-day events ahead in Florida and Vermont – will provide the materials for television products that will arrive in homes around the world in the third and fourth quarters of 2020.

“We’re a unique entity in the fishing space because we’re a media property,” said MLF Co-Founder Boyd Duckett. “We’re stronger than anything anyone has ever seen in (fishing) media: We book TV on CBS and Discovery, and that’s how we make a profit. We don’t charge the anglers entry fees, so we’re not depending on them to make a profit.

“We make our profits when we shoot an event and create TV shows, and one of the realities of being that tied to media is that we have deadlines to meet: we have to have our shows shot by a certain time to make those shows. That tends to force a shorter season for the Bass Pro Tour, but considering the challenges we’ve all had to face with this virus, we feel good about the five events we’ll get in this season.”

Meyer will fish out the MLF season with at least one Cup event in October and November (depending on his qualifying status), and is considering jumping into the August 19-21 FLW Toyota Series Western Division event on the California Delta. He’s also 100 percent sure that he’ll compete in the September 24-27 Toyota Series Western Division event on California’s Clear Lake.

“Those are two world-class fisheries right in my back yard that I haven’t been able to compete on for years,” Meyer said. “I’m super stoked to be able to fish those.”

All told, the Northern California pro will fish a minimum of seven events for the balance of the 2020 season – two Bass Pro Tour, two Cup events, the World Championship and three FLW Super Tournaments – and is “about 50/50 at this point” that he’ll end up fishing nine with the Toyota Series.

“These guys have a lot to fish, all the way through the fall,” Duckett said. “Between the Bass Pro Tour events, Cup events, three Pro Circuit events and Toyota Series events if they choose, there’s a pretty strong schedule ahead of us. A guy can stay about as busy as he wants to be.”

Leading up to the COVID-forced interruption to the schedule in March, multiple MLF anglers had signed up to fish regional FLW events in 11 different divisions, including both Toyota Series and Phoenix Bass Fishing League (BFL) tournaments. The FLW option is one that Duckett hopes the 80 anglers in the Bass Pro Tour field take advantage of.

“It’s really cool that the sister organization at FLW can provide our anglers with additional tournaments to fish out the balance of the year,” he said. “I know there are a lot of guys fishing those fall Toyota Series events, and I hope even more of them take advantage of those opportunities.”