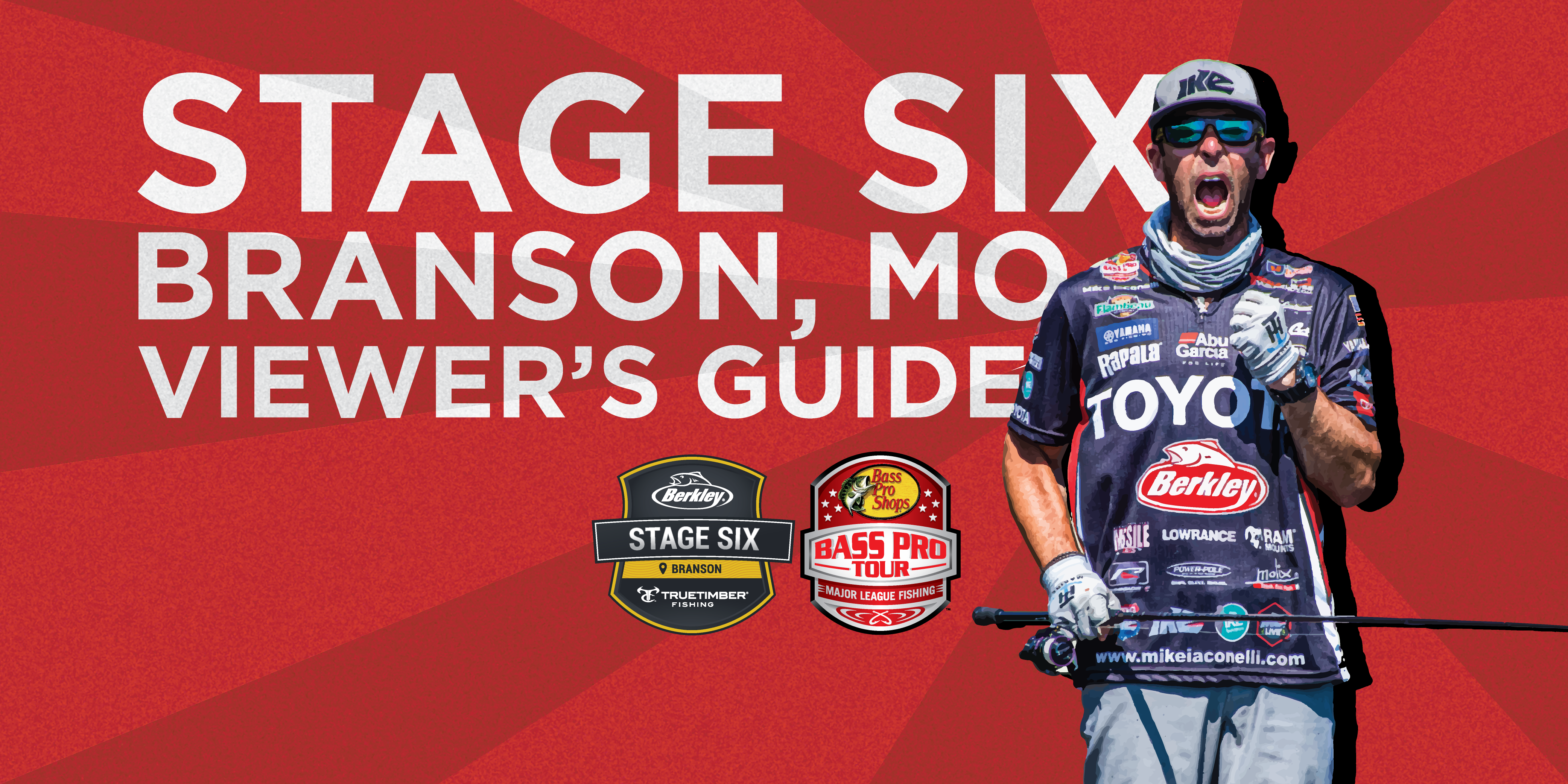 BRANSON, Mo. – In the 52-year history of professional bass fishing, it’s hard to name a more popular, tournament-friendly fishery than Missouri’s Table Rock Lake. Situated handily at the intersection of four states (Missouri, Oklahoma, Kansas and Arkansas) and within a half-day drive of at least eight others, this sprawling Ozark Mountains aquatic playground has hosted as many bass tournaments of all levels as any fishery in the country.

Oh, but it had never been shown under the light of the MLF “every scoreable bass counts” competition format before Bass Pro Tour Berkley Stage Six Presented by TrueTimber arrived at the Bass Pro Shops Shooting Academy in late May.

When viewers sit down to the premiere of the sixth episode of the Bass Pro Tour on Discovery this Saturday, Nov. 9 (7 to 9 a.m. in both the Eastern and Pacific time zones), they’ll see Table Rock Lake like they’ve never seen it before. Here are some key storylines to watch for:

Heading into the first days of competition at Stage Six, Table Rock’s water level was the biggest X-factor. It had crested at a seasonal high of 920.3 feet just two weeks prior to the first Shotgun Round, and despite the best efforts of the U.S. Army Corps of Engineers and aggressive water releases, the lake was still over 4 1/2 feet higher than usual for the late-May time frame.

That translated into some lights-out morning shad-spawn fishing around docks for several anglers in the field, including Top 10 competitors Andy Montgomery, Mark Rose and Ott DeFoe. It contributed to a dominant 60-fish, 95-pound Knockout Round for Bobby Lane, who plucked his way around Table Rock’s bluff walls with a finesse worm all week long.

Equally effective through the first five days of competition, though, was Greg Vinson, who banked more on a location than a pattern.

The Alabama pro had spent most of the event at the bottom end of Long Creek, on the far south end of the lake, weighing in 83 pounds in his Shotgun Round and 76 pounds in the Knockout Round. According to MLF NOW! analyst Marty Stone, Vinson’s strong area could trump the other anglers’ patterns.

“I’ve always said an area can beat a pattern, especially in a one-day event,” Stone said. “I think Vinson has the best area, but can he withstand that shad-spawn run?”

The wind/water forecast for Championship Sunday was marginal – blustery and rough – but an improvement over the lightning-delayed Knockout Round contested just 12 hours prior. That 40-angler Knockout field endured just over five hours of weather delays as storm cells rolled through the Ozarks, pushing a series of heavy thundershowers and lightning clusters ahead of them.

With the worst of the weather past, the final-day anglers took off from Long Creek Marina under clear skies, but with afternoon winds ahead of them. How that would affect anglers like Aaron Martens – who had patiently reserved his best offshore locations for the final day – is a major factor.