BASS PRO TOUR VIEWER’S GUIDE: What to Watch for Saturday on Discovery (7 to 9 a.m. ET & PT) 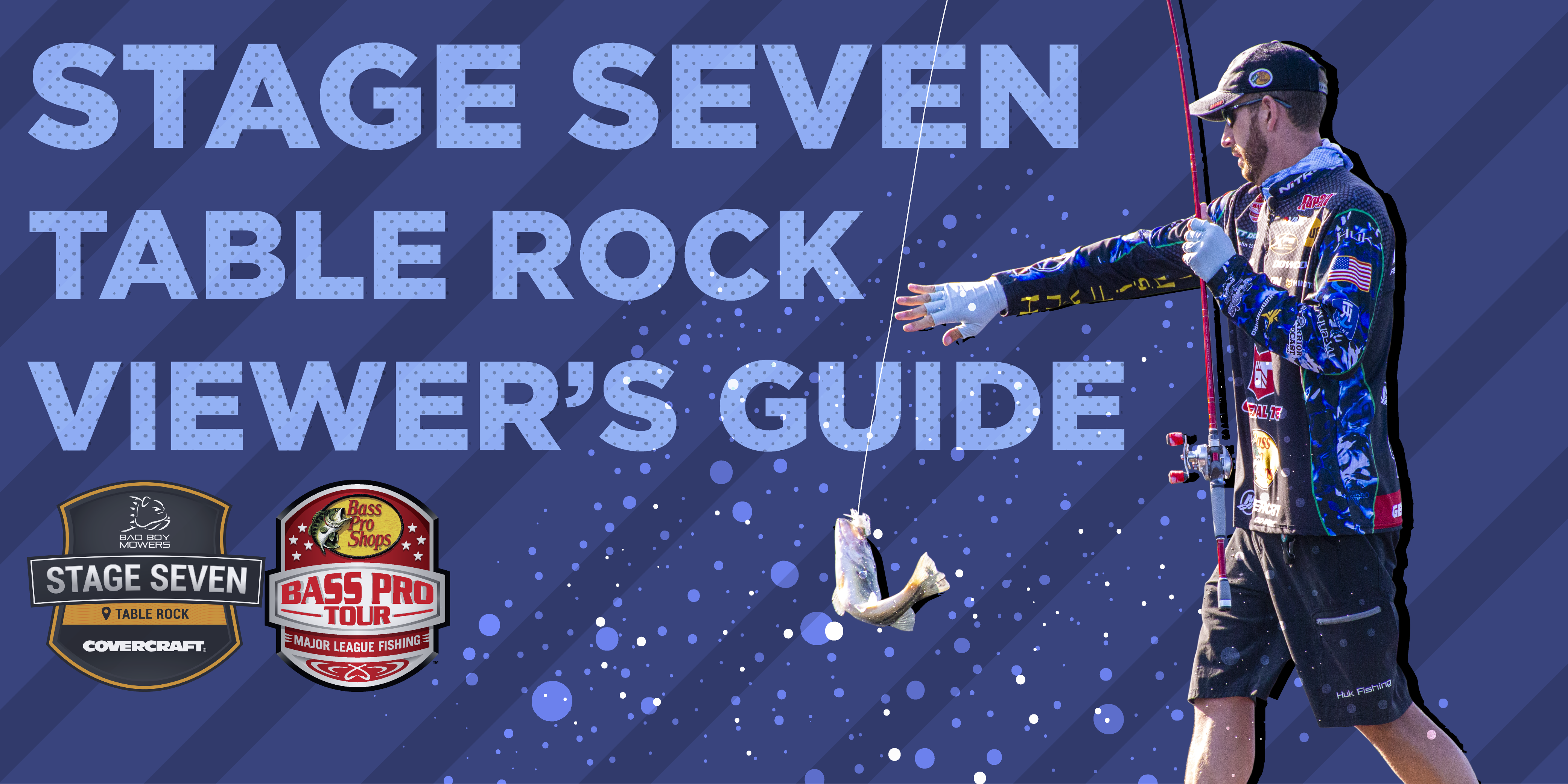 The Championship Round of the seventh stop on the Bass Pro Tour presented new challenges on Table Rock Lake.

BRANSON, Mo. – One of the realities of competitive bass fishing is that conditions can change on a fishery in the blink of an eye. One condition that existed on a fishery on Day 1 can be totally different on Day 2 and so on, which forces anglers to make adjustments on the fly.

In the case of Bass Pro Tour Bad Boy Mowers Stage Seven Presented by Covercraft, the challenge awaiting the 80-man MLF field was in “rediscovering” a fishery that they had first started to decipher two weeks earlier.

Here are some of the factors to watch for Saturday, Nov. 16 as Episode 7 of the MLF Bass Pro Tour premieres on Discovery (7 to 9 a.m. in both the Eastern and Pacific time zones):

Almost as soon as Aaron Martens hoisted the Stage Six championship trophy, the 80-angler field began the task of deciphering what Table Rock would look like for Stage Seven. During their first go-around on this Ozarks impoundment, the water levels were 5 feet higher than normal for the time of year, there was a significant shad spawn, and Table Rock’s fish were scattered through late-spawn and post-spawn.

For Stage Seven, anglers arrived to clearing waters, and fish that had finished spawning and had moved further toward summer cover and depths.

That hinted at an all-out slugfest in the Championship Round, which viewers will see Saturday on Discovery.

Which Pattern(s) Will Rule?

The final 10 anglers had leaned on a combination of patterns and baits to make it through the first five rounds, most notably topwaters, shaky heads, drop-shots, wake baits and crankbaits. The biggest potential X-factor was the timing of the competition: While the first five rounds were contested in the afternoon and early evening, the Championship Round returned to the more traditional morning-to-early-afternoon competition schedule.

That shift in timing meant that the evening topwater bite would be out of play, and that the final 10 would have to adjust their plans accordingly.