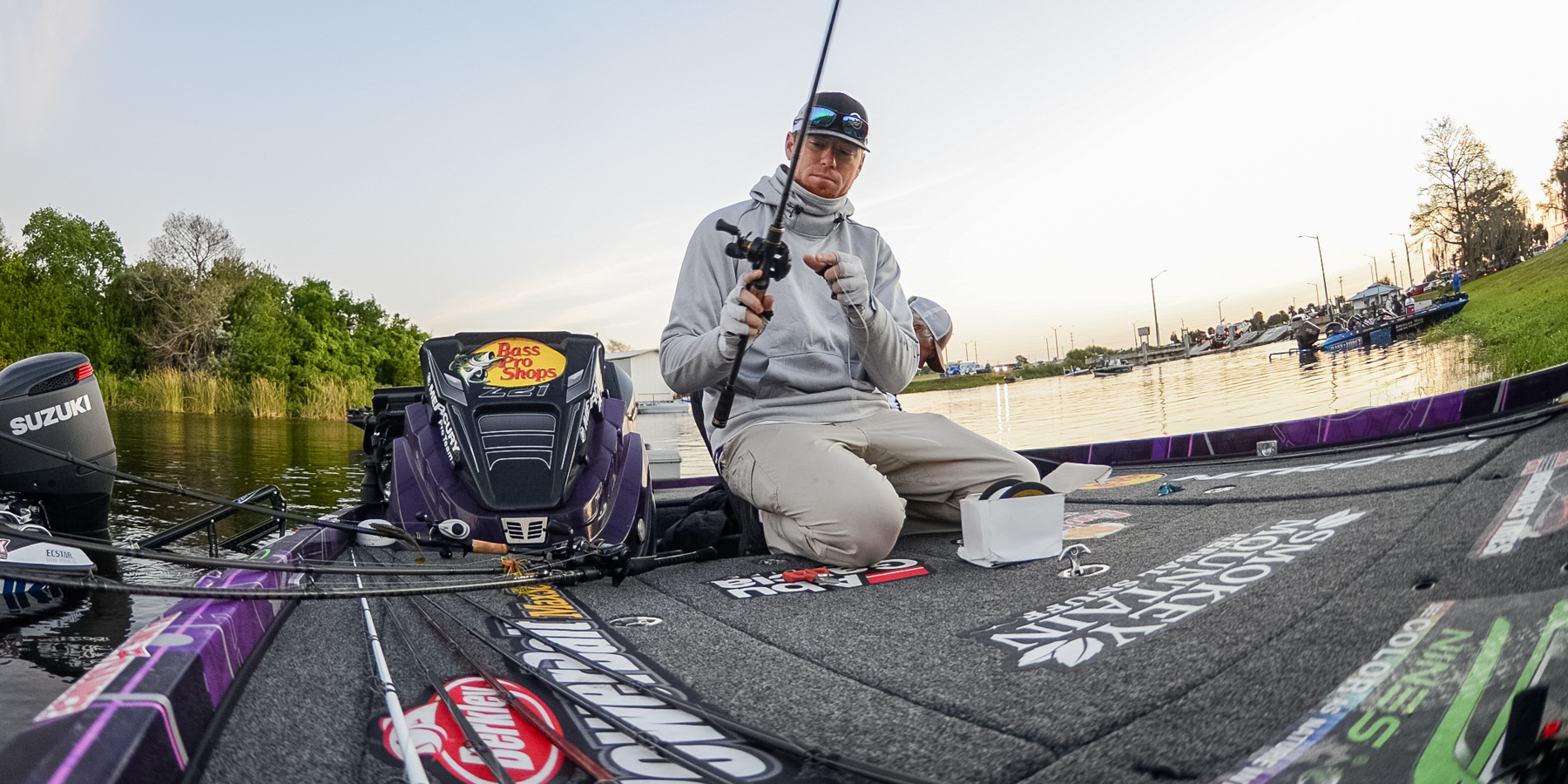 As we saw at the recent General Tire Stage Three Presented by TrueTimber on Lake Fork, targeting bedding bass in the spring is a great way to rack up some impressive numbers. But it can also be a way to spend unneeded time while the clock is ticking away.

The added pressure of SCORETRACKER® and MLF’s no-limits format has forced anglers like Berkley pro Josh Bertrand to alter their approach for bed fishing.

His tactics and insights will help you quickly assess whether or not a fish will bite, and when to keep looking.

The Clock is Running

Bertrand has said that he’s shifted his bed-fishing tactics since joining the Bass Pro Tour.

“I wasn’t the world’s most patient sight fisherman to begin with, but I’ve spent an hour or two on a huge fish in the past while fishing a five-fish format,” he said. “Now, there’s no time to do that because if you lose two hours of your day, you’ll fall so far back in the standings. Now, I like to target the high-percentage fish that will bite quickly, and only give a fish five minutes before leaving.”

Watch for the Clues

Bedding bass will often give you plenty of clues about whether or not they’re catchable, according to Bertrand.

“I start by watching to see what the fish does when you get close to it,” he said. “If it stays on the bed and kind of stares at you angrily, it’s likely going to bite. Other times, they’ll leave the bed and make a circle before returning and that can be another clue.”

He says to pay attention to how quickly fish return to the bed, and how wide the circle is.

“If they make a tight circle and go right back to the bed, that’s a good sign. The tighter the circle, the better,” Bertrand advised.

Another clue is how the fish is acting and how rapidly the fins move.

“You can usually tell by looking at the fish and how quickly their fins are moving if they’re aggravated or not,” said the Arizona pro. “Some fish will just act like you aren’t even there or move around really slowly. Those two things make it tougher to catch them, or to devote too much time on them.”

Sometimes, what you’re using isn’t as important as finding a bedding bass, but there are instances where picking the right lure can significantly speed up the process and increase your odds at catching a spawning bass.

Bertrand has a few favorites and generally keeps it pretty simple.

“A Texas rig is an old standard for me and I’ll use different baits depending on the water clarity,” he said. “If the water is clear, natural color soft plastics like green pumpkin or black are good, but bright colors like chartreuse or white are two of my favorites.”

One of his go-to lures is a Berkley Powerbait Bearded Single Tail Grub in a color called Chartreuse Shad/White. He likes it for a few reasons.

“The white and chartreuse might make some fish angry, but more importantly, it helps me see the bait when they eat it,” Bertrand said. “You can also see where it is at all times. Plus, the skirt on that bait flares with really small movements if the rod.”

If that doesn’t work, Bertrand goes with an old favorite.

“Use a stickbait like a Berkley Powerbait The General, back up a little from the bed and be patient,” he concluded.