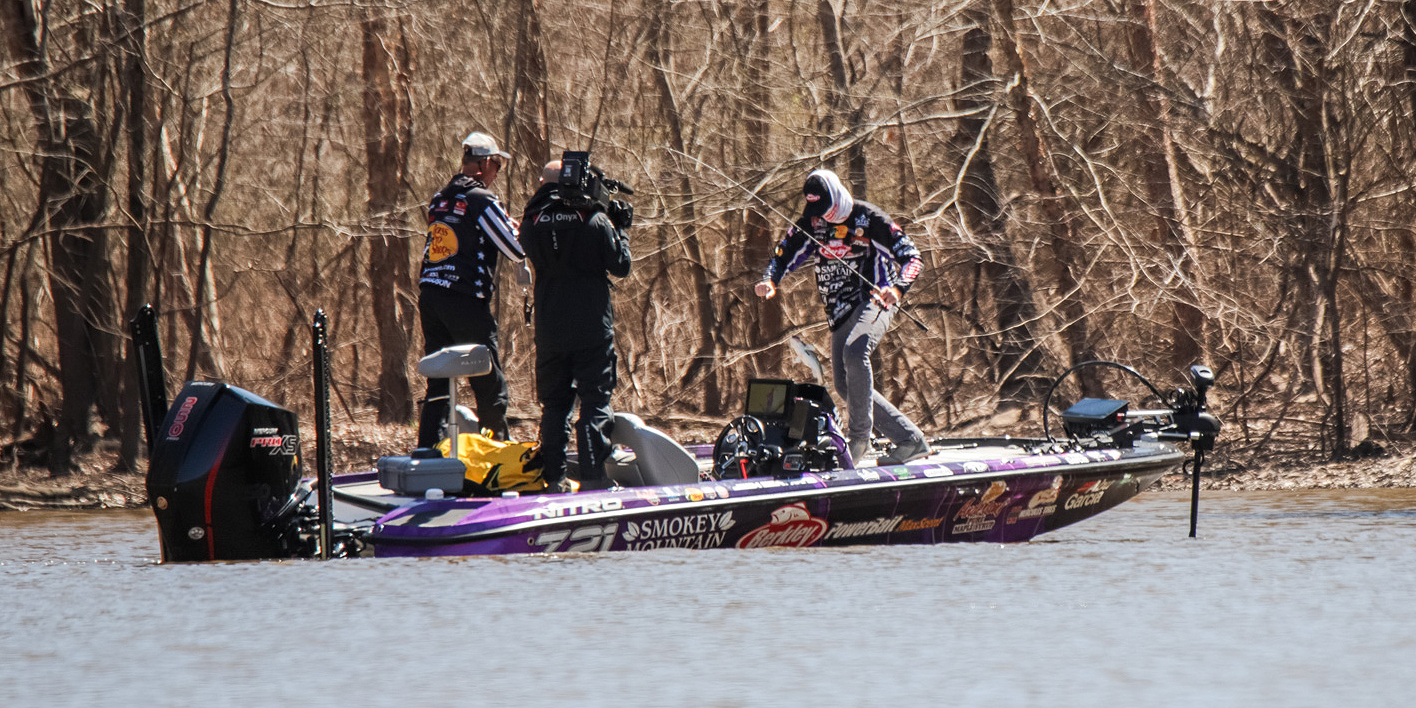 It’s no secret that the days get shorter in the winter, leaving you with fewer fish-catching hours in the day. However, if you’re strategic with your fishing time in January, MLF pro Josh Bertrand says you can maximize your chances at catching fish.

“The fish obviously move so much slower and eat so much less because of their slower metabolism,” Bertrand explained. “Since they’re eating less, the fish eat in shorter windows of time. On a good day, the overall feeding window might be an hour out of the entire day. A bad day, you might be looking at an hour every two days. You have to choose your windows to fish carefully.”

Bertrand says there are two small windows in the day that give you the best shot at catching bass this winter.

The Arizona pro recommends being up and ready to go before the sun rises. The earlier in the morning that you can hit the water, the better.

“Even though that water is cold, I’ve found that fish still feed a lot at night,” Bertrand outlined. “Especially when there’s a full moon, those fish continue to feed until very early in the morning. In the winter, I ‘ve found that I do the most damage at my first spot of the day. After 8 a.m. it gets really tough.”

Bertrand lists a Berkley Dredger crankbait, jigging spoon or underspin as baits that he fishes first thing on a cold winter morning. Those baits are all reaction, shad-imitating or feeding baits, which appeals to a fish’s early-morning feeding mindset. The Berkley pro says that wherever your first stop is in the morning, make sure it’s around some baitfish.

“Whatever the baitfish are in your area, try to find them,” Bertrand said. “In the southeast, Blueback herring are notorious for swimming into shallow drains at night and are still there early in the morning. No matter where you are, it’ll be the tail end of the feeding window, so you’ll have opportunities to catch them best right then.”

If you aren’t an early riser, Bertrand has a solution.

“While the morning may be a feeding time, the time right before sunset is more of a comfort thing for the bass,” he said. “A bass is going to want to get warm, so you can catch them surprisingly shallow just by looking for the warmest water. The coves and pockets on the north side of the lake that have had sunlight on them all day long is a place to start.”

Once you find a shallow, sunny spot, the best baits to tie on are a jig or a tube. As for what to target, it’s not that hard. Well, technically, yes it is.

“You need to be looking for hard objects,” Bertrand advised. “Rock, wood, docks, laydowns, stumps, and really just anything that will hold heat. That bass may not be feeding, but he’s going to be sitting right up next to that structure or cover for warmth. The closer you get to that hard structure or cover the better.”