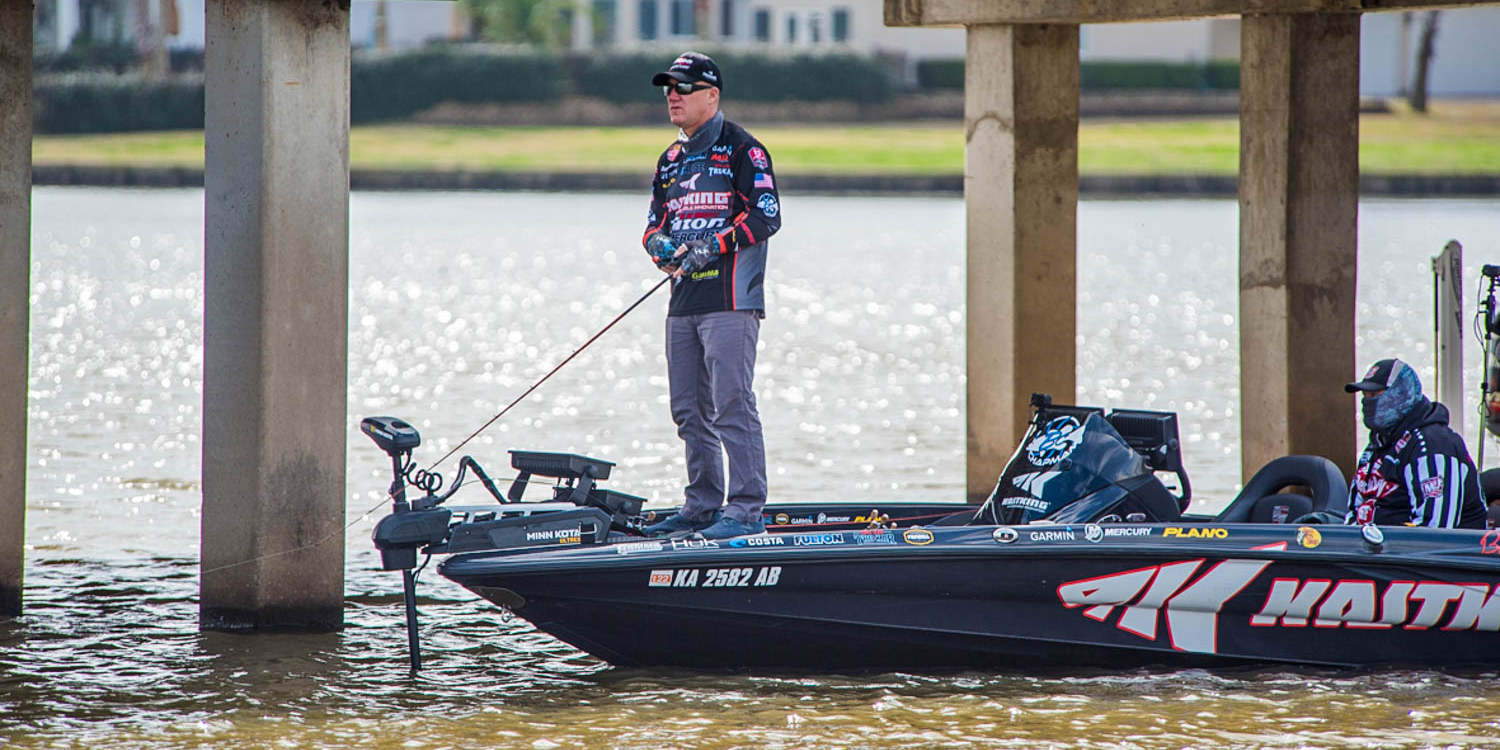 Throughout the inaugural year of the MLF Bass Pro Tour season, Brent Chapman was plagued with chronic and severe pain around his left shoulder. Ultimately, he conquered that pain by using non-traditional therapy procedures.

A 24-year tour-level veteran, Chapman’s shoulder woes erupted during the latter part of the 2018 season. Throughout the fall and early weeks of the winter of 2018-19, he was hoping that the pain would subside by the beginning of the Bass Pro Tour’s inaugural event on Jan. 29, 2019 in Kissimmee, Florida.

But to his chagrin, the pain failed to diminish. So, a few weeks before he made the long drive to Florida to compete in Stage One, Chapman made an appointment with his primary-care physician, who initially thought that Chapman’s woes stemmed from tendinitis around the rotator cuff.

“It was a persistent pain that I knew was always going to be in the back of my mind,” Chapman said. “I knew that I could probably muscle through it, but I’d have that annoying pain that just wouldn’t go away. And I knew it would slowly keep getting worse.”

During the first weeks of January, Chapman occasionally used the pain-killing medication, but was totally cognizant of the negative effects that pain-killing pills would have on his body and mind. He ultimately decided not to take them, instead relying on just the anti-inflammatory medication to help ease his pain.

That provided him some relief as he fished through Stage One in Kissimmee and Stage Two in Conroe, Texas, but as soon as his prescription ran out, the pain returned.

“Within 24 hours of quitting the anti-inflammatories after Conroe, the pain was back,” Chapman said. “It was actually worse, most likely because I had been fishing hard for two weeks. That was a real slap in the face to me, and I thought to myself, ‘I’m not going through the rest of my life taking these pills, I want to fix this.’”

In March, an orthopedic physician’s magnetic resonance imaging (MRI) scan revealed that Chapman’s shoulder was afflicted with arthritis rather than tendinitis. In addition to the pharmaceutical prescriptions, doctors also suggested that Chapman should have either surgery or Platelet Infusion Therapy once the tournament season was over.

He was also aware of the problems that arise with joint surgeries, and the other medical procedures that physicians administer to their patients who are plagued with joint pains. Many times these procedures and surgeries are temporary solutions, and often the pain comes back. When the pain returns, it’s sometimes even more severe than it was before the surgery because surgery and other procedures can cause more severe inflammation and arthritis to erupt.

Instead of opting for surgery, Platelet Infusion Therapy or cortisone shots, Chapman chose to begin working intensely with exercise therapist Travis Perret of Overland Park, Kansas. Chapman had worked on and off with Perrett since 2011, but on Aug. 15, the veteran pro committed to a new program and approach to dealing with his aches and pains.

Perret is the proprietor of Exercise Therapy of Kansas City, specializing in eliminating chronic pain by focusing on postural alignment and muscle balance. He accomplishes this task by creating a series of low-demand exercises and corrective-posture positions. He describes it as “a non-chiropractic and holistic method to help clients do what they love to do, such as fishing, hunting, golf, tennis, or even walking around the block on an evening stroll.”

Unlike the tactics of typical physical therapists, who use rehabilitation techniques on chronic pain, Perret helps his clients fix the root cause of the pain rather than focusing on the symptom or the individual point of the pain. Instead, Perret examines the client’s whole body to determine what is causing the pain.

After Chapman’s indoctrination period with Perret in 2011 and 2012 – when Perrett treated Chapman for back pain and other fishing-related issues – Chapman fished without pain through a 2012 season that saw him claim the Bassmaster Elite Series AOY.

“I was in the best overall shape of my life that spring, and I believe wholeheartedly that it was the key factor in me winning AOY that year,” Chapman said about his 2012 campaign.

After 2012, whenever a minor injury or issue with pain erupted, Chapman would contact Perret, who would create a series of therapy exercises that would address those problems.

Perret notes that the rigors of a professional tournament fisherman can adversely affect an angler’s posture alignment and muscle balance, and it had adversely affected Chapman.

To deal with his intense shoulder pain after his 2019 tournament season came to an end, Perret created a series of six therapy exercise routines that addressed Chapman’s postural alignment and muscle balance. Each series takes Chapman from 30 to 40 minutes to complete.

For days, weeks, and months on end, Chapman executed that daily routine. And one day a week, Chapman arrived at Perret’s office, where he does a series of warm-up exercises and work-out exercises for an hour, which addresses postural alignment and physical fitness.

By Dec. 10, Chapman and Perret had worked 117 days, and to their delight, the pain had vanished. Chapman was able to do scores of things that he was unable to do when he was waylaid by the shoulder pain, such as raking his yard and pulling the string on his bow.

Besides becoming pain-free, Chapman discovered that his improved posture seemed to create less psychological stress, which he says will facilitate his ability to concentrate better on the many tasks that a professional tournament angler must execute during the hours he is preparing to fish, and during the hours that he’s fishing a tournament.

“My shoulder feels awesome,” Chapman said. “Last year, the worriers I had at this time because of the way I was feeling may have had an influence on my focus. I can’t say that I was 100 percent focused on catching fish. This year, going into the season not having to worry about my shoulder is huge.”

Ask the Anglers Presented by Champion: If There Were An International Cup Event, Where Would You Want to Compete?

Iaconelli on Small Ponds: “Take Out the Complication. Go Outside and Go Fishing”