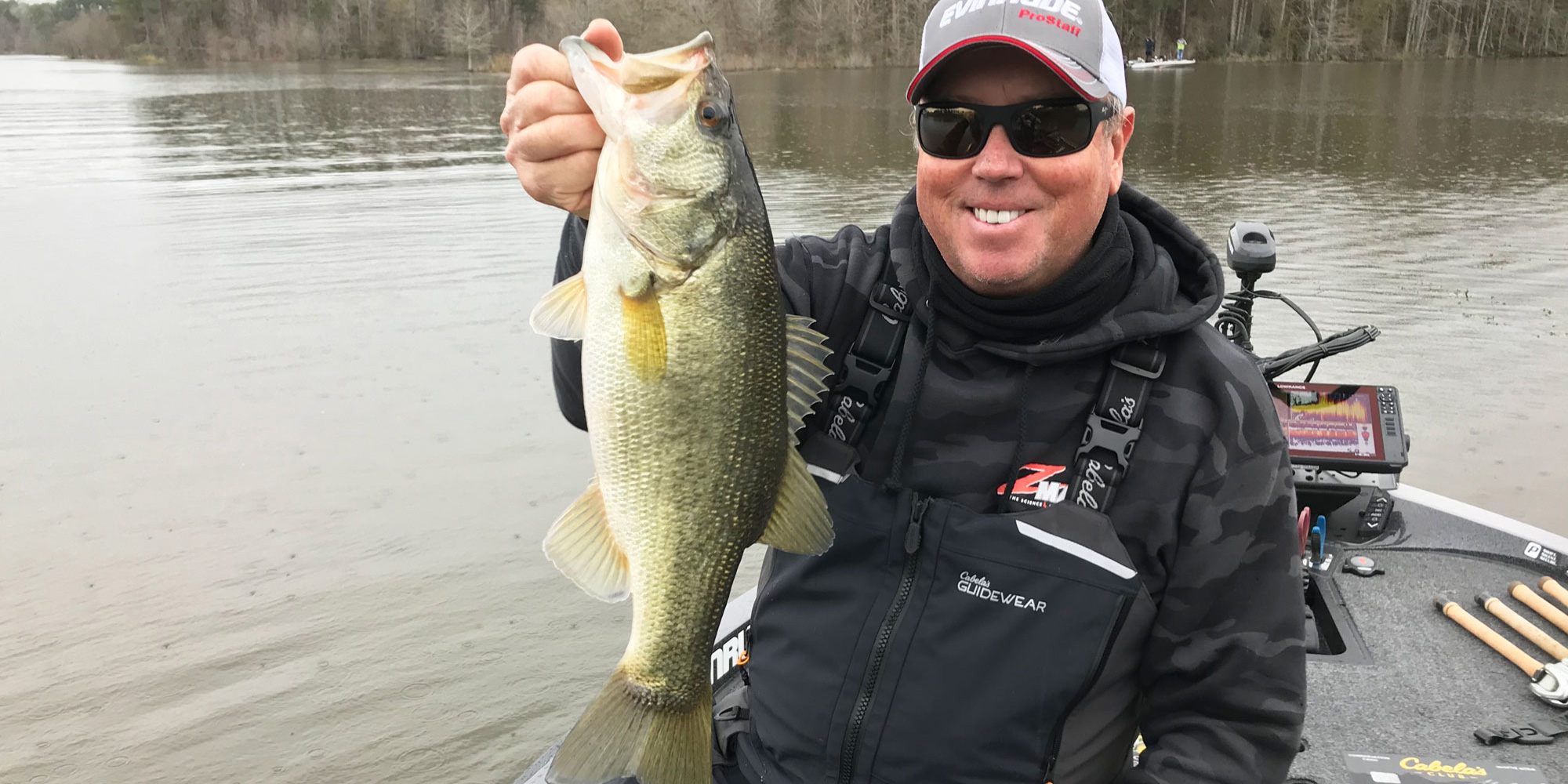 When the fall bite gets tough, David Walker reaches for a downsized jig to catch more bass.

For every lure, there is a season. Or so some say, just don’t count David Walker among them when that lure is a jig.

“To me, a jig is a four-season bait,” says Walker, MLF pro and jig aficionado from Sevierville, Tennessee. “It’s so versatile. That’s why the jig is one of my favorite baits.”

“In fall, the jig bite tends to get overlooked,” Walker observes. “This can be the toughest time of the year to catch fish here in eastern Tennessee. But one of my favorite things to do now is to downsize a jig. It’ll get you more bites.”

One reason jigs are overlooked is the changing character of the impoundments. Many lakes in river systems are “pulled down” in late summer and early fall.

“There’s limited cover to fish,” Walker says. “You may see one or two laydowns in areas where you saw dozens in the higher waters of spring. I like to flip a jig into these areas and really work it, take my time. That fish may be there but he is not that aggressive. You have to be more patient and thorough.”

Walker concentrates on shallow cover, with the emphasis on “shallow.”

“Right now you can fish really shallow, the shallower the better much of the time,” he says. “Sometime it may seem too shallow. We start getting those cold nights this time of year, and the back ends of creeks are the first to cool off just like they were the first to warm up in spring.”

Downsizing is the Key

Shallow cover and patient presentation call for smaller jig/trailer combinations. Walker adjusts with 3/8- and 1/4-ounce jigs. The CrossEyeZ Power Finesse Jig that he designed for Z-Man becomes his workhorse.

“It has a different shaped head than my flipping jig,” he explains. “It is downsized to finesse size and has a 2/0 hook, but it is made with heavier flipping wire…I don’t need that heavy a jig this time of year because I’m not fishing that deep at all. That 1/4- to 3/8-ounce jig is all you need.”

He downsizes his trailer in kind, preferring the Z-Man TRD CrawZ, a small craw-style bait made with buoyant plastic.

“Water tends to be clearer in fall,” he says. “You don’t have the runoff you had in spring. It’s usually pretty dry. For me, that smaller profile and natural profile and color trailer work better.”

The slow fall of the lighter jig/trailer combinations suit the slow movements of sluggish cold weather bass later in the season as well. However, bass may make retreats to deeper water when water temperatures are in the low 40s and 30s and require heavier jigs to reach them.

“Another good target is rock,” Walker says. “Transitions like the tail end of a bluff wall or a little rock pile or a slide or big boulder to sand…anywhere you find very defined transitions. If rocks are just big enough, I’ll try the crevices or shade created by that rock.”

Walker recommends keeping targets at a distance for finesse success.

“I tend to stay farther away from my target this time of year because shallower fish are easy to spook,” he says.

Downsized tackle delivers his downsized baits. A lighter jig and worm rod replaces his flipping stick. He drops to 14- to 16-pound Sunline fluorocarbon line, too.

“It’s also important to make repetitive casts,” he says. “You may not get a hit on the first or second cast,” warns Walker. “But try again and again. You’ll be surprised at how often you get results from a fish that was there. It just took multiple casts to get him to react.”