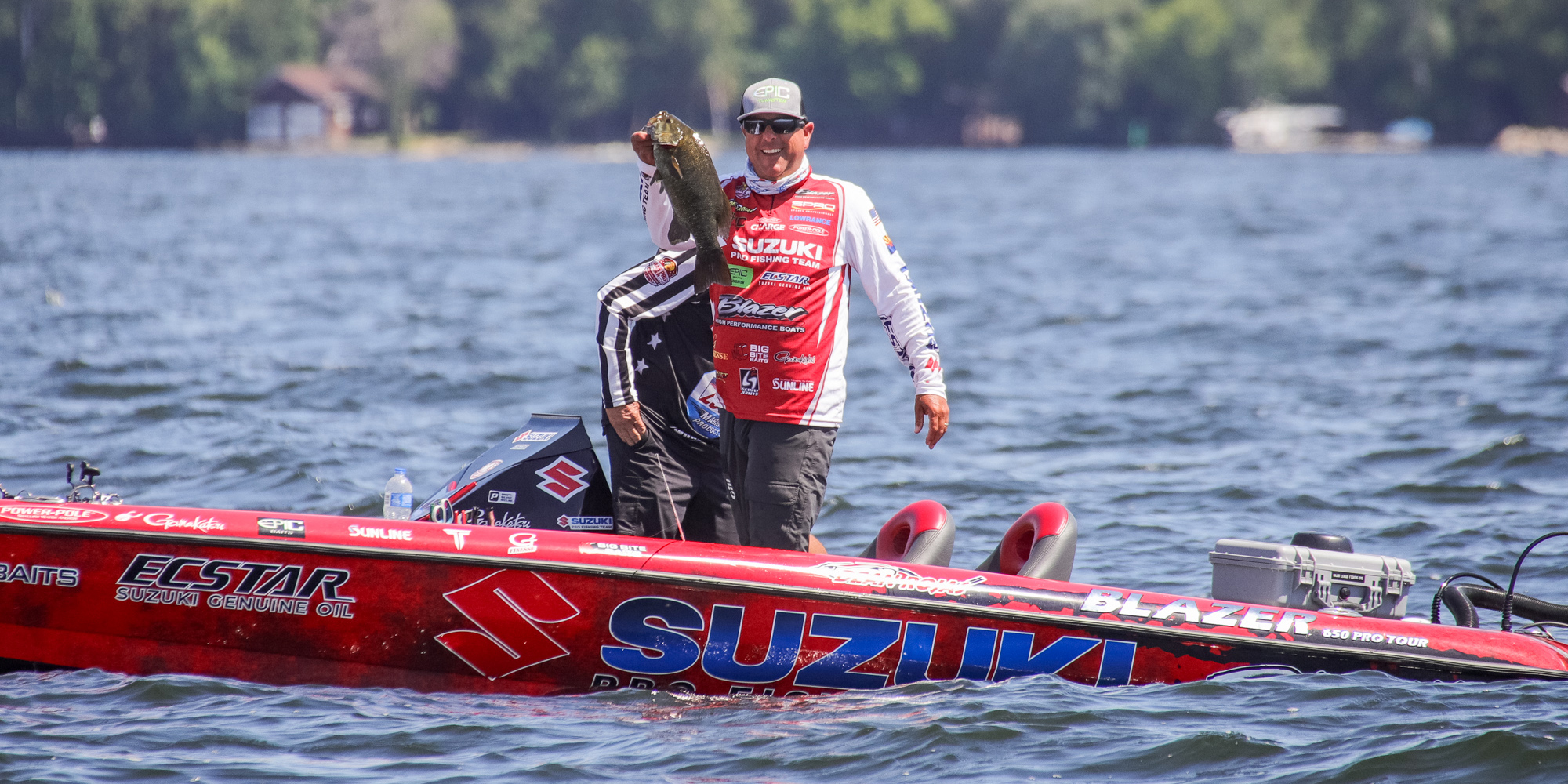 Dean Rojas shares why the winter fishing season is all about timing. Photo by Phoenix Moore

Timing is everything in many aspects of life. Being in the right place at the right time can change your personal history. According to MLF pro Dean Rojas, timing is just as important for catching bass during the winter months.

“Timing is critical for winter fishing because of colder water and the bass’ lower metabolism,” Rojas says. “There are certain windows during the day when they bite. The afternoon tends to be better as the water may warm a bit, but really, you just have to be on them when they start biting. The good thing is that bass are usually bunched up in the winter, so when you find one, you usually can catch quite a few. You need to fish slow, fast. By that, I mean keep moving, don’t get stuck on one spot.”

Not all bass are the same. Largemouth, smallmouth, and spotted bass are often available in the same lake, but tend to use different cover during the cold weather months.

“You can catch largemouth bass from 5 feet down to 35 feet deep in the winter,” Rojas says. “I look for wood and leftover sparse patches of grass. With lack of vegetation and the cold water temps, largemouth tend to be grouped up in small areas. Any cover near deep water can be good. Again, it’s about timing. Sometimes you’ll catch one and then no more. Don’t panic, move to another area, and come back and check again, on and on.”

“Any time you can fish the front side of the front, do it, it’s the best time to catch them,” Rojas says. “A little wind and some choppy water is ideal. Days that are slick calm make for tough fishing. They’re beautiful fishing days, not beautiful catching days. Also, stay on banks where there’s a lot of sun. Water that’s just a couple degrees warmer can make all the difference.”

Rojas suggests using a crankbait for deeper fish, winding a lipless crankbait through the grass, or ticking the bottom with a swim jig. If the bite is tough, try a finesse rig like a drop-shot. Work it so the bait is above the grass and not buried in it.

“The SPRO Aruku Shad is a great lipless crankbait for ripping through the grass,” Rojas says. “A tighter wobble works better in the cold. The flat-sided Little John DD crankbait works great for the deeper fish.

Stick with clear iridescent shad colors, and if it’s windy or cloudy, a subtle amount of chartreuse on the crankbait is a good idea.

Smallmouth Bass: Fish and Move On

“Smallmouth bass are like nomads, constantly on the move,” Rojas says. “They’re predictably unpredictable. If they’re there, you get bit very quickly. You don’t have to sit on a spot and wait. If they don’t bite in the first few casts, keep moving. You can always come back, but keep moving if you get no bites quickly.”

Rojas suggests looking for smallies on sloping points with rocks and gravel.

“You usually don’t find smallmouth in the wood or grass during the winter,” he advises. “You’ll find them along sloping stuff. They’re always on the move, so these long sloping points are ideal for them to move around.”

Smallmouth bass can be notoriously line shy in the cold water. Throwing small drop-shots, a Ned rig, or a shaky head on light fluorocarbon (Rojas uses Sunline Sniper) is suggested. Make sure you re-tie your knots frequently due to the light line getting nicked by the rocky cover.

I’ve fished so many tournaments where I was catching smallmouth in practice, and then they’re gone during the tournament,” said Rojas. “If they bite, great, but don’t count on them being in the same place day after day. You can’t take it personally when you don’t catch them. Just move to the next location.”

Think “suspended” when you think of spotted bass during the winter.

“Spotted bass are different,” says Rojas. “They suspend a lot more than smallmouth or largemouth, and they’re usually around bait. Your tactics need to change to catch them. Use your Lowrance to see them. Look for bends and deeper structure, especially in tree tops. The trees can be down at 45 feet and they’ll be suspended in the top 20.

Rojas’s winter spotted-bass baits include a small swimbait like the Big Bite Pro Swimmer on a Gamakatsu Darter head jig. Vary the weight from ⅛ to 3/16 ounce or even a ½ ounce, depending on depth and wind.

“If it’s windy and you throw a light jig, it’ll just blow around like a kite,” Rojas says. “An Epic underspin with a small Big Bite Pro Swimmer, like the 3.8, is another good option for catching spots. Spots are a lot of fun. They’re a fish you can consistently catch 12 months out of the year, especially in highland reservoirs and Ozarks lakes. Spots seem to be comfortable in cold water and they still bite. They may not be big, but I love getting bit, especially when you’re just having fun.”