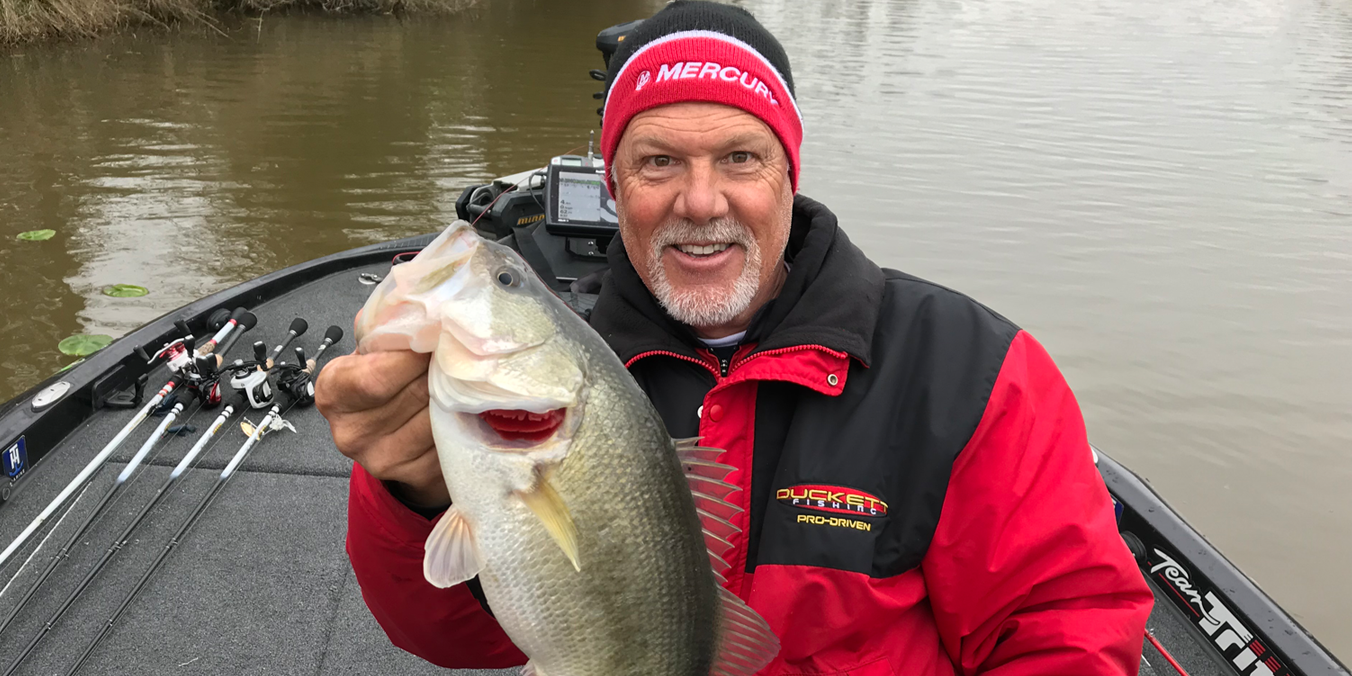 Boyd Duckett racked up 21 fish for 38 pounds, 5 ounces to lead the way into Championship Sunday.

CONROE, Texas – For the better part of the past year, Boyd Duckett has been “Mr. MLF” as he worked endlessly to establish the Bass Pro Tour. But for the seven hours of competition in the Knockout Round of MLF Bass Pro Tour Huk Stage Two Conroe presented by Favorite Fishing, Duckett was “Mr. Consistency”.

Duckett caught his first scorable bass 22 minutes into the competition and then steadily added fish to SCORETRACKER throughout the morning and early afternoon swimming a small worm. By the time Period 3 got underway, Duckett had already weighed 31 pounds, 14 ounces, and owned a 9-plus-pound lead on the field.

“I’ve always been decent at compartmentalizing my fishing and my work, but I just couldn’t make fishing the most important thing at Toho,” Duckett admitted, referring to the MLF Bass Pro Tour’s inaugural event in Florida two weeks ago. “Coming into this one, I told everybody that I was going to concentrate on my fishing. It’s been nice to just be an angler at this event.”

And Duckett the angler has been consistently strong on Conroe from Day 1. He recorded 46 fish in his first three rounds, despite spending the majority of each competition day either looking for new water, or guarding what he considers his best area.

“I like that this fishery is tough,” Duckett said. “I’ve traditionally done well in events that are difficult to fish. You really have to figure out how to catch these fish, you can dial something in that’s just a little bit different than what the other guys are doing.”

Surviving the battle for the Championship 10

Randall Tharp (27-13), David Walker (27-10), Wesley Strader (27-5), Jeff Sprague (26-6) and Stephen Browning (25-13) filled out the Top 10 and will compete in the Championship. And while all five anglers endured their moments of stress, Browning had to work especially hard for his spot in the finals.

Entering the last 10 minutes of competition, Browning, Shin Fukae, Keith Poche, Andy Montgomery and Jonathan VanDam all sat within 14 ounces of each other in the race to make the 10 cut.

Poche hooked a fish with under 2 minutes to go – at the time trailing Fukae by just 3 ounces – but the fish was unscorable at 14 ounces. As it turned out, Browning was the angler who would ultimately experience the thrill of victory.

The Arkansas pro hooked a 3-4 with 30 seconds left in the round, pushing him from 12th place to 10th. And that meant that Fukae suffered the agony of defeat as he fell to 11th, 2-9 behind Browning.

“I’m still shaking,” Browning said at the Berkley Postgame Show. “You go through the most emotional highs and lows in this format, and that’s what makes it all so exciting.”

The Championship 10 will head back out onto Lake Conroe on Sunday with weights zeroed, turning the battle for the championship trophy into a one-day dogfight. Strader, Lee and Evers have been the most consistent this week, recording the highest combined weights in their three competition rounds.

How, where & when to watch

Official live scoring updates are available via SCORETRACKER from the start of competition at 7:30 a.m. CT. The MLF NOW! Championship Sunday live stream begins at 10 a.m. CT, with on-the-water coverage following the action until the end of competition at 3:30 p.m. The MLF Berkley Postgame Show begins at 5 p.m.