EDWIN EVERS: The Makings of His Championship Run 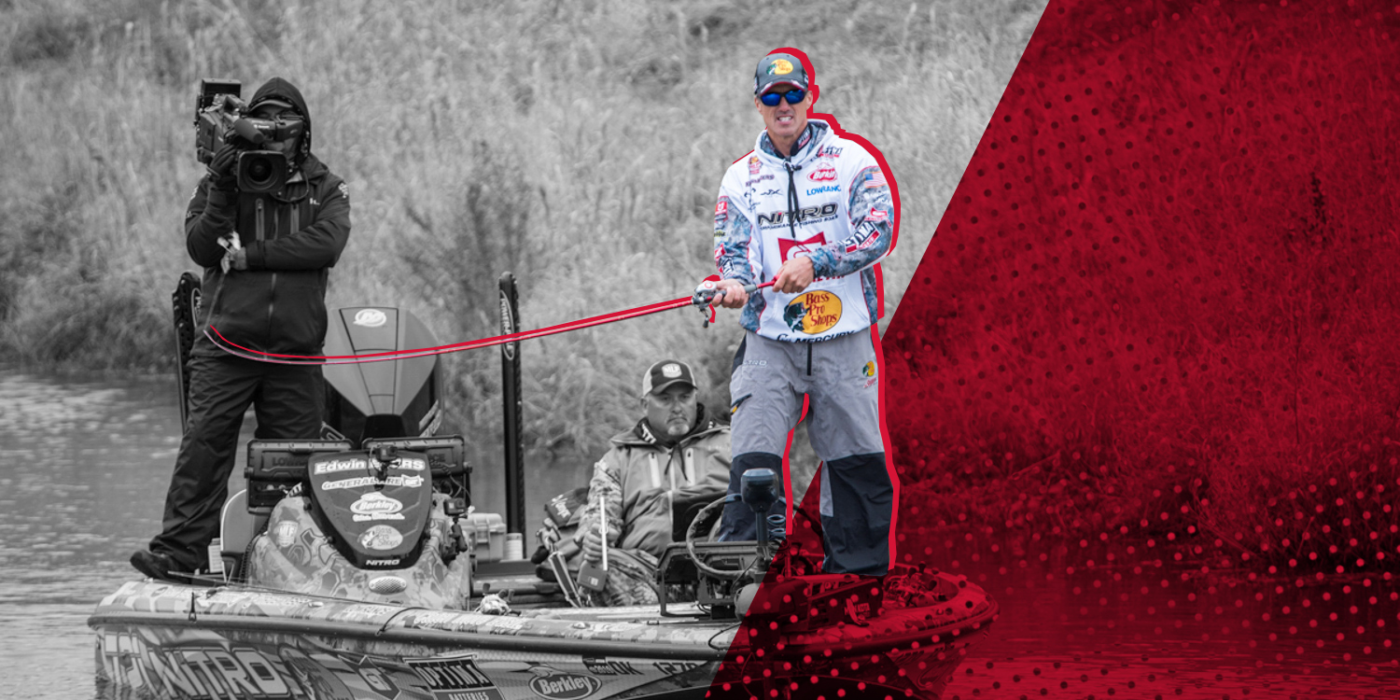 In every championship season, there’s a defining moment. Be it a team sport or an individual sport, there’s always a snapshot moment where it becomes clear that a competitor might be destined for the season of a lifetime.

For 2019 MLF Bass Pro Tour Points Champion Edwin Evers, “The Moment” just happened to come very early in the season – early enough that nobody (not even Evers himself) understood the full significance of it when it happened.

Feb. 12, 2019 – We’re in the waning minutes of Stage Two on Lake Conroe, Texas. Evers is leading the event late in the third period, but he’s less than 4 pounds ahead of Jeff Sprague, who has doggedly chased him all day long. A fish swirls on and misses the jig that Evers has been flipping around the edges of a small slough. Evers puts down his jig rod and picks up a drop-shot that he has laying on his deck as a follow-up bait. Ten seconds later, BOOM: fish on. Evers identifies it as a difference-maker immediately: “That’s a BIG ‘un,” he says. “Gol-LEE. Stay on there, fish, stay on there, baby. That’s a game-winner right there. It’s over.”

It was indeed over: Evers’ final fish of the day proved to be a fat, beautiful 8-pound, 1-ounce prespawn female, which cemented the Oklahoma pro’s first-ever Bass Pro Tour championship trophy, exactly two weeks after he had left Kissimmee, Florida with a second-place finish in the new league’s inaugural event.

There’s “Competitive” and Then There’s E2

To those who talked with Evers immediately after the Stage One Championship was decided – a championship that he lost to Jordan Lee by 11 pounds – it was clear that he was disappointed with a second-place finish. Evers shook hands and accepted congratulations from all who approached him, but in the moments when he was alone, as he went about the business of tidying up his boat and waiting for his time to go onstage for the Berkley Postgame Show, he quietly brooded.

Not as a sore loser, but as a professional athlete to whom first place is the only truly satisfying outcome to any competition. For all his fishing skills, it’s Evers’ drive to win that served as the foundation of his pursuit of the Points Championship, and that – according to his fellow competitors – makes him one of the all-time greats in the sport.

“There’s nobody on any of the tours who competes any harder and has more of a drive to win every single day than Edwin,” said Randy Howell, who has fished against Evers for over 20 years. “He’s a really versatile fisherman and he really understands the MLF format. He has all the skills and knowledge, but the competitiveness is what makes him so good. At the end of the day, you sure don’t want Edwin breathing down your neck on any tournament ever, because nobody has ever competed harder than him.”

Evers followed up his nearly perfect finishes in Stages One and Two with a fourth-place finish in Stage Three Raleigh and a seventh-place finish in Stage Four Dayton, which gave him an astounding 310 points in REDCREST standings out of a possible 320 points midway through the Bass Pro Tour season. As previously written here on MajorLeagueFishing.com, that first-half start (in which Evers’ average finish was 9th) was statistically the most impressive first half of a season in the modern history of the sport.

June 29, 2019 – Andy Morgan sits in his boat tinkering with tackle following Day 4 of competition at Bass Pro Tour Stage Eight in Neenah, Wisconsin. Morgan – a three-time FLW Tour Angler of the Year and one of the most successful tournament anglers of all time – is asked about Evers’ championship season, and about how difficult it is to maintain a five-month-long level of performance that leads to a Points Championship. “It’s damn difficult,” Morgan says. “You can’t have a single bad event. Not one. You can’t really even have a mediocre event without digging yourself a hole. Before we even started this season, I predicted that nobody could possibly run away with (the Points Championship). This group of anglers is just too good for one guy to run away with it. Well, Edwin came pretty darn close to running away with it. He and (Jeff) Sprague both, but Edwin had his foot on the gas the whole time.”

Evers started the second half of the season with another Top 20 (16th place) at Stage Five Cullman, an event during which his home in northeast Oklahoma was severely damaged by a tornado. Upon hearing the news after coming off the water from his Elimination Round, Evers chose to bow out of the Knockout Round and was on the road home when his wife Tuesday asked him to turn his Toyota Tundra around and finish out the event.

“Everybody thinks that Edwin had a ‘dream season’, but he’s had some adversity to deal with,” said MLF NOW! analyst Marty Stone. “He’s had to deal with the tornado damage to his house and what that all means for his family. He hasn’t had a joyride by any means, but he’s dealt with it all with grace. He has the mental maturity to handle the kind of pressure that puts on a person.”

Evers finished out the 2019 season going 42nd and 24th in Stages Six and Seven, entering Stage Eight in Neenah, Wisconsin with a 3-point lead over Sprague. He caught 23 pounds, 12 ounces in his Shotgun Round and added 25-15 in the Elimination Round, finishing 21st in the round and missing the Elimination Line by 1-14. Evers would ultimately have to sweat out the final two hours of the second Elimination Round as Sprague made his play for the Points Championship.

Sprague would eventually miss the Knockout Round and finish Stage Eight in 49th to Evers’ 42nd, giving E2 the final 10-point differential and the Points Champion’s trophy.

“Edwin was just about untouchable the first half of the season,” Morgan admitted. “It’s brutally hard to get back-to-back Top 10s at this level, but to do it four times in a row is just darn near impossible. There have only been a small handful of guys in the history of the sport who have ever done anything like that. Maybe Bill Dance or Denny Brauer or Kevin (VanDam). You get four Top 10s to start a season, you’ve set yourself up pretty well… but you still can’t afford a bad event.”

June 30, 2019 – The MLF Digital crew has collected every frame that’s been edited of Evers throughout the Bass Pro Tour season, picking out highlights from his championship run to send to his sponsors. There are photos of a beaming Evers with his Stage Two championship trophy, and hundreds upon hundreds of images of Evers fishing his way through the eight stages, from Kissimmee, Florida to Neenah, Wisconsin, and the six locations in between. As MLF editors focus on the slew of photos of Evers that were snapped during live competition, they notice one thing: he has a “look” when he competes. Chin slightly forward, muscles in his jaw clenched. Not quite a scowl, but a definite look, not unlike VanDam’s “Terminator” stare or Rick Clunn’s “Sphynx” glower.

“That look of his says ‘concentration, focus and determination’,” says MLF NOW! analyst Marty Stone, who competed against Evers for 11 years. “I call it ‘The Growl’. I’ve seen it a million times, and I know what it means. When he gets that look, I can tell you the ending of that story, almost every single time: Edwin is going to advance to the next step, whatever that step is. He almost wills himself to win.

“I’ve seen him do so many great things on the water, I’ve lost count, but this year was the combination of so many great things for him. Edwin is in his mid-40s, but has a mental maturity in the sport that’s well beyond his years. Most anglers don’t get to that level until their physical skills are declining, but he has the maturity and awareness of a guy in his 60s and the energy and physical skills of a 30-year-old. I’ve been around a lot of athletes in different sports, and there are very few of them who impress me as much as Edwin Evers.”