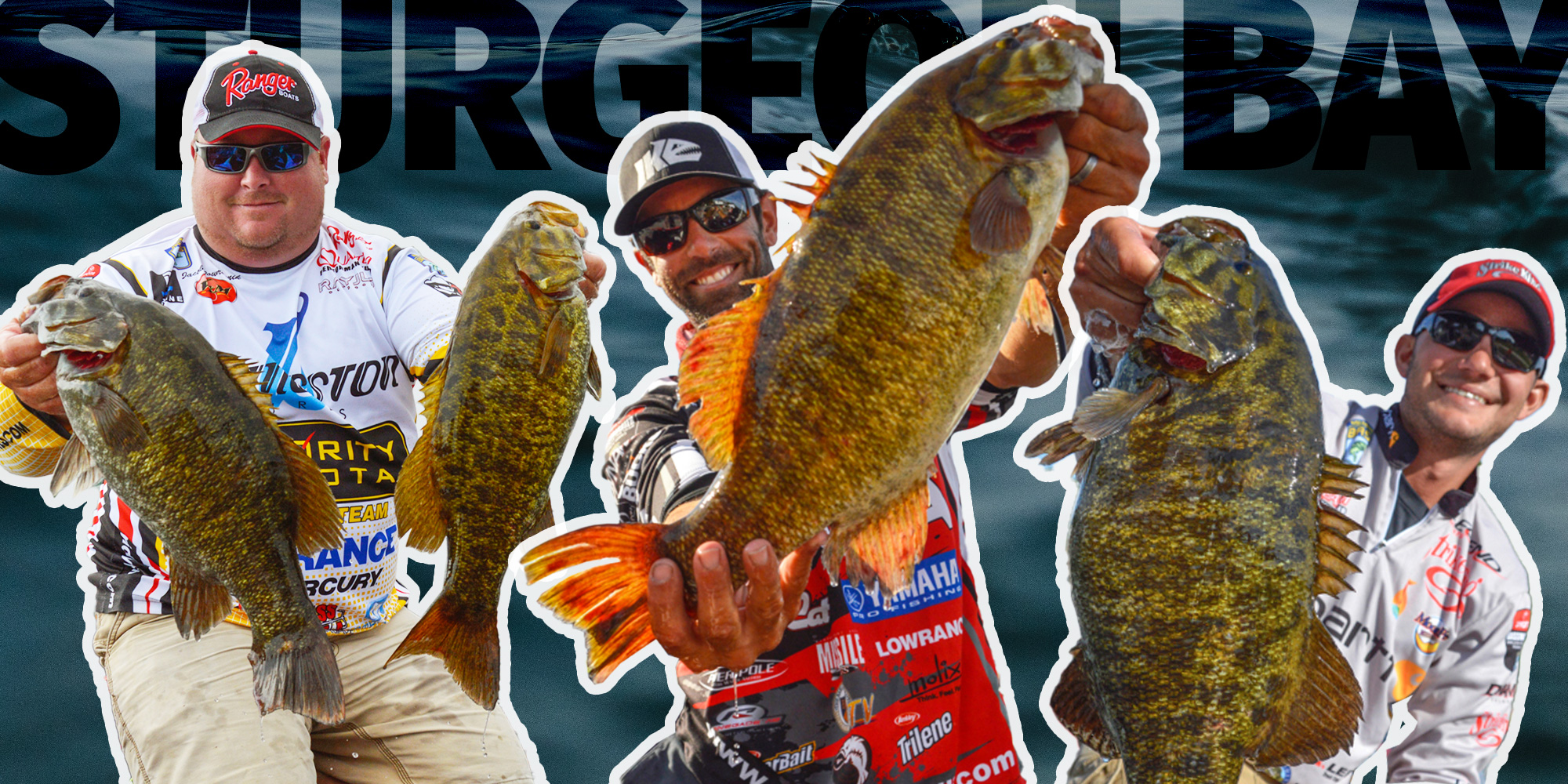 Sorting through his tackle as he prepares for Bass Pro Tour Stage Five Presented by Covercraft, Cabela’s pro David Walker is matter-of-fact about how he’ll fill the tackle boxes and rod lockers of his Ranger as he packs up for the final regular-season event of the 2020 season.

It’s not totally a joke, though, because as Walker and the 80-man field know very well, the site of Stage Five – Wisconsin’s famed Sturgeon Bay – is a smallmouth Mecca on par with the greatest bronzeback fisheries in the world.

“I’ve only competed in two events in Sturgeon Bay, but it’s one of my favorite places in the world to fun fish,” admitted Alton Jones, who finished third at the last major tour-level event held here (in 2015). “All of Green Bay is phenomenal, but as soon you launch in Sturgeon Bay, you’re in ‘the juice.’ You can run as far as you want to get away from people, but it’s not like you have to run 30 miles to get to the fish. There were guys catching big ones right at the mouth and inside the bay when we fished there in 2015. If you want to start catching fish at takeoff, you can.”

Originally slated to take place on Lake Champlain in Vermont, Stage Five was moved to Sturgeon Bay after an Executive Order by Vermont Governor Phil Scott extended travel restrictions for visitors coming into the state.

While both Walker and Jones were heartily looking forward to the diversity and abundance of both largemouth and smallmouth on Champlain, they’re just as excited about shifting three states, one Canadian province and three Great Lakes to the west to Sturgeon Bay, an 11-mile-long bay that extends deep into the west side of the Door Peninsula between Lake Michigan and Green Bay.

“Anytime anybody ever asks me where I’d go if I had my choice of smallmouth fisheries anywhere in the world, I tell them ‘Go to Sturgeon Bay, no questions asked,’” said Walker. “It’s a world-class fishery.”

‘You’re in the Juice’

Competition boundaries for Stage Five include the waters of Green Bay within Wisconsin borders, stretching north to the Michigan border near Washington Island, and east around the Door Peninsula to include the Wisconsin side of Lake Michigan (the town of Algoma, Wisconsin is the southerly boundary).

Takeoff for the event will be from Sawyer Park, which sits just inside the Oregon Street bridge in Sturgeon Bay proper.

“Anyplace we ever fish on the Great Lakes, getting there and back is always a huge factor,” Walker said. “When you eliminate that, it totally changes everything. Weather will always be a factor in the Great Lakes, but it’s a whole lot different running 3 miles from Sturgeon in 6-footers than running 30 miles from Green Bay.”

Shifting his attention back to his tackle, Walker begins a quick roll call of classic Great Lakes smallmouth gear: “Drop-shotting, dragging tubes, jerkbaits, maybe spinnerbaits – all that standard Great Lakes fare works on any of those lakes,” he said. “There’s not a whole heckuva lot those northern smallmouth won’t bite, those fish are pretty easy to catch. You generally know if you’re in the right area because the fish are so cooperative.”

Stage Five’s biggest X-factor is the timing of the event in relation to the spawn. Lake Michigan smallmouth generally finish spawning on or around the Fourth of July, and according to Jones, there’s usually a brief window where they’re unpredictable and slightly less willing to bite.

“We’re hitting it at a really strange time,” Jones said. “When smallmouth are dead (in) postspawn, there’s about a two-week window where they don’t hardly show themselves. They can be tricky. I suspect that there will be some traditional (techniques) that should work but won’t, and some very non-traditional things that shouldn’t work, but will. I’ve not fished that body of water during that dead postspawn window before, so I’m interested to see what we find out.”

Water levels in the upper Great Lakes will provide the second X-factor. As of this writing, the waters of Lake Michigan and Lake Huron are at their highest since 1998 (nearly 3 feet above long-team monthly averages), which could translate into smallmouth staying shallower longer. Just as compelling, according to Jones, is the potential for high water to bring more largemouth into play.

“When I last visited Sturgeon Bay, there was a lot of stuff underwater that people are normally supposed to be walking on,” he said. “With 3 feet higher water comes the flooding of a bunch of cover that’s good largemouth habitat. There are particular bays and backwaters in Green Bay that have viable populations of largemouth, and it’s very possible to stumble onto a load of 3-pound largemouth. That could happen here, you will see some green fish caught.”