HEAVY HITTERS: Kissimmee Chain Should Fish “Better and More Consistent” in May 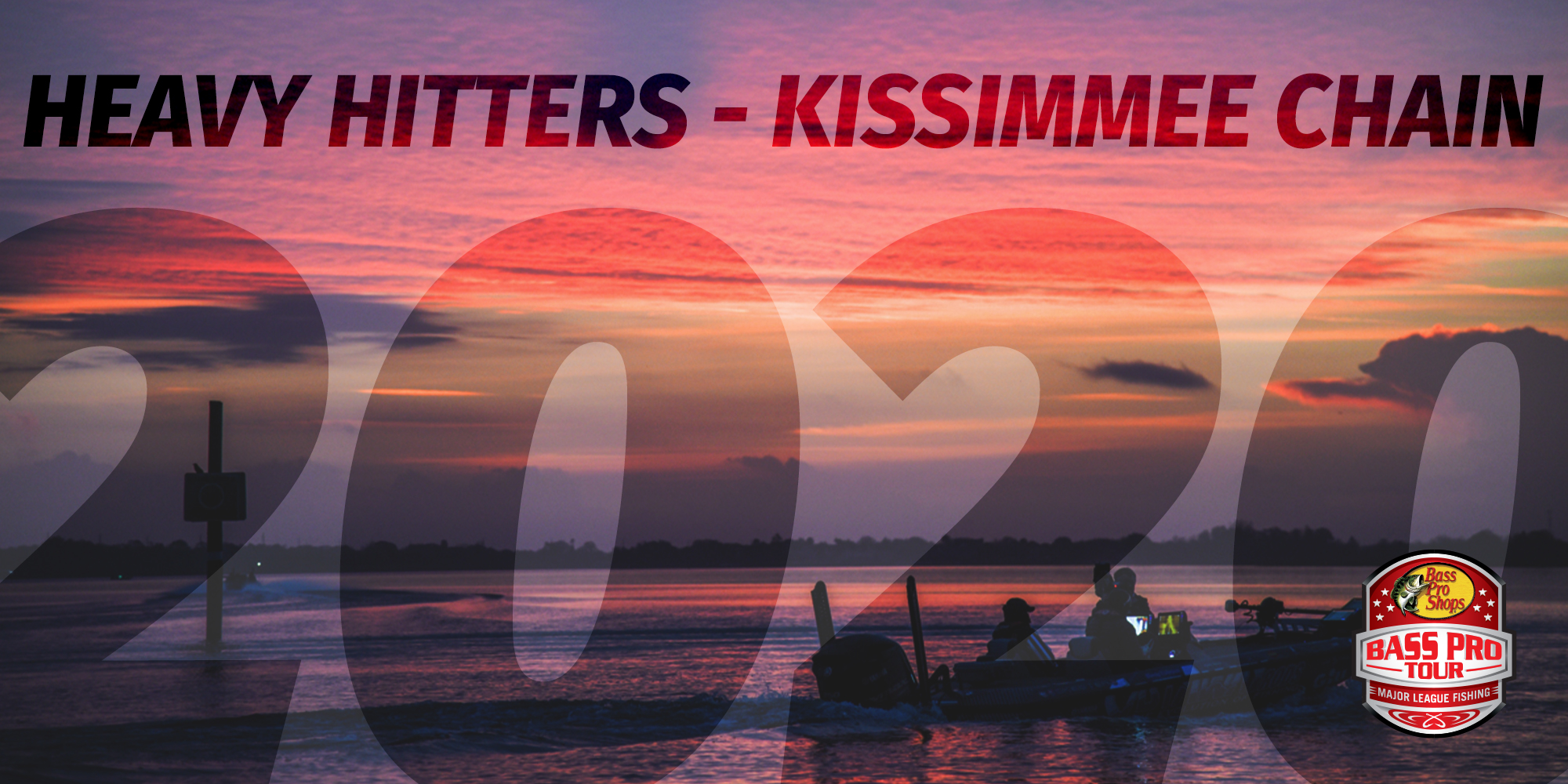 The 2020 special event Heavy Hitters Presented by Venmo will take to Florida's Kissimmee Chain in May.

KISSIMMEE, Fla. – The Kissimmee Chain of Lakes is one of the most storied fisheries in tournament bass fishing history. These big-bass lakes have been a regular stop for all of the major professional fishing circuits for years, and nearly all of those events have been held in January and February to kick off a new season.

The recently announced Bass Pro Tour Heavy Hitters Presented by Venmo will include a unique format twist that consists of increasing minimum sizes for scoreable bass as the competition progresses. The event also features a massive payout of nearly $750,000.

The other wrinkle in this event is that it will be held May 16-20, 2020, which will be something new for bass fishing fans following the event, and for most of the 80-angler field.

The Kissimmee Chain has a reputation of producing giant bass early in the year when they’re spawning, including MLF pro Dean Rojas’ record-setting five-fish catch of 45 pounds, 2 ounces in 2001.

Marty Mann, the Florida Fish and Wildlife Commission’s fisheries biologist that handles the Kissimmee Chain of Lakes, says that the winter months are primarily “feast or famine” and also significantly impacted by the weather.

“You’ll see anglers do very well one day and then struggle the rest of the tournament, and that has to do with the spawn and cold fronts that we get that time of year and how susceptible Florida-strain largemouth are to the cold,” Mann said. “In May, we don’t have that, and the water is warmer, so the fish will be much more active. The fishing will be better and more consistent than we saw at Stage One in January of 2019.”

Mann also believes the sheer numbers of fish caught will be better.

“The Kissimmee Chain is a trophy fishery, but there are lots of 3- to 5-pound fish here,” he said. “A 6-pound fish may be a trophy bass in other parts of the country, but they’re fairly normal here.”

When asked about the “Heavy Hitters” event – which features a $100,000 check for the overall winner and an additional $250,000 in big-fish awards – Florida pro Bobby Lane couldn’t contain his excitement about the timing of the event.

“Sure, you’ll have to deal with the bugs more than you do in January or February, and the weather is hot, but the fishing is even hotter,” Lane said. “Growing up, May always produced the biggest fish, and I always made a point to be there that time of year.”

But first, Lane must qualify for this event, and he’s already thinking about that. Getting to this event will require big bass catches throughout the first five stages, and that fact isn’t lost on Lane.

“I’m already switching gears and will change my approach to make sure I qualify,” Lane admitted. “I’m dead serious. We’re going to some great fisheries to start the year, and it’s going to require some big fish at each event to even get a shot at Heavy Hitters.”

When asked about possible fishing techniques for May on the Kissimmee Chain, Lane chuckled and said he would prefer not to say.

“A major tour has never been here this time of year, and I think that’s going to be an advantage to us Florida guys. My brother (Chris Lane), Shaw Grigsby, and Terry Scroggins would all prefer me not to say anything,” Lane joked.