Heavy Hitters Will Put Big Fish at a Premium in 2020 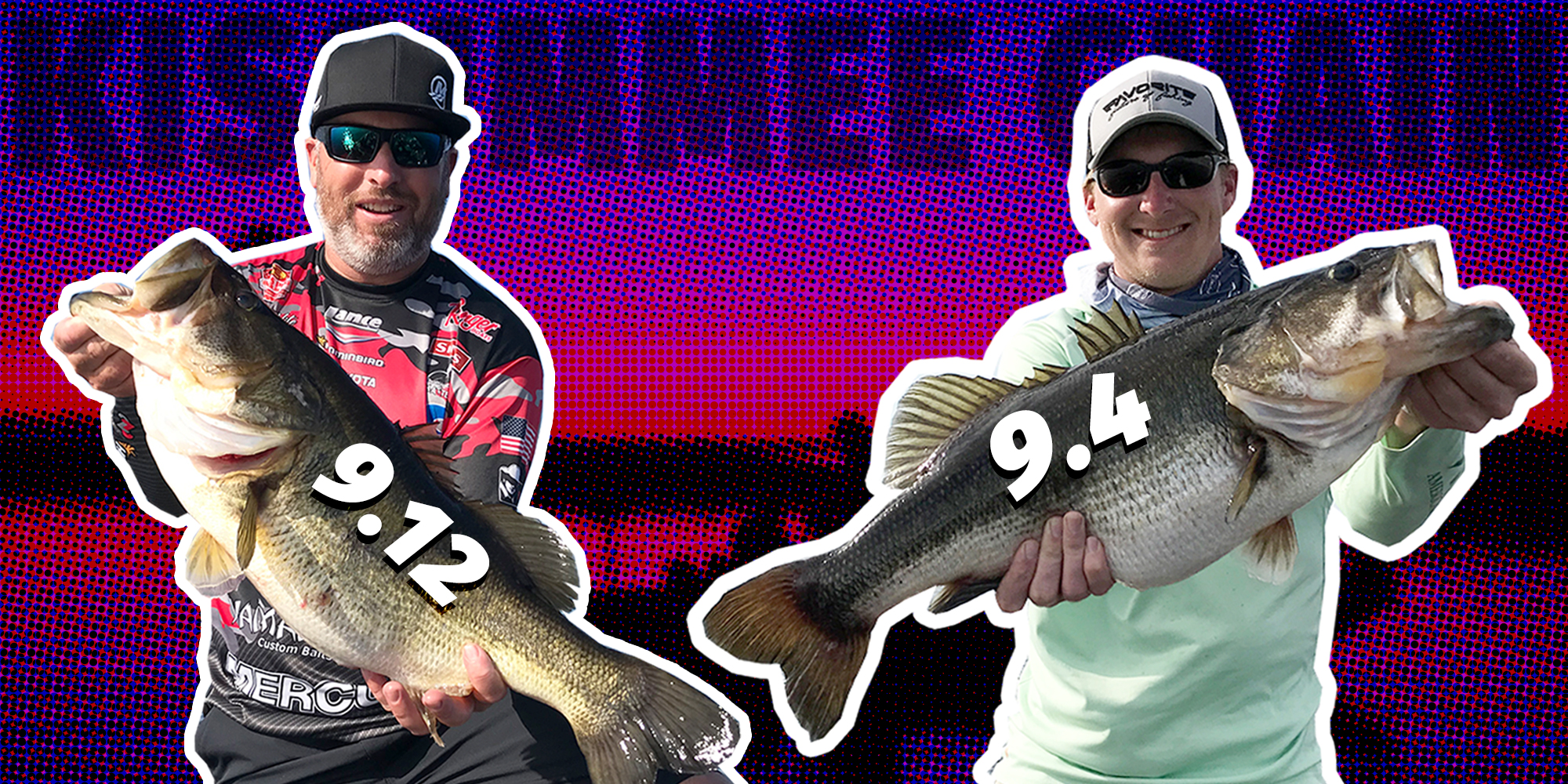 Bass Pro Tour Heavy Hitters will bring anglers back to the Kissimmee Chain in search of giants like these 9-pounders caught during Stage One in 2019.

KISSIMMEE, Fla. – If ever there’s a time that MLF NOW! analyst JT Kenney wishes he could step out of the broadcast booth, throw on a jersey and put a 1-ounce jig and a giant chunk in his hand, it’ll be May 16-20, 2020. That’s when Bass Pro Tour Heavy Hitters Present by Venmo arrives on the Kissimmee Chain of Lakes in central Florida for a big-fish slugfest with a big-time payout.

“It’s going to be really, really freakin’ good,” Kenney said when asked about the unique big-fish competition slated for Lake Toho, Lake Kissimmee, Lake Cypress, et al. in Central Florida. “Local guys just smash ‘em in an event that I emcee out of Toho around that time every year in May. If you don’t catch 37 or 38 pounds (for five fish) in that event, you won’t win. Our guys will catch some big ‘uns.”

Big Fish At a Premium

The announcement of the Heavy Hitters qualification process and total purse – a sum of anglers’ big-fish weights in Bass Pro Tour Stages One through Five, and $250,000 in big-fish awards alone – alerted the 80-angler Bass Pro Tour field that big fish will be at a premium from the minute competition starts on Lake Eufaula for the February season opener.

The 30-man Heavy Hitters field will be determined by adding the sum of anglers’ biggest fish weighed in at Bass Pro Tour events on Eufaula, Lake Okeechobee, Lake Fork, Raleigh and Grand Lake. Those fisheries hold big-fish pedigrees of their own, meaning that a five-fish qualifying weight for Heavy Hitters will be a tall order.

“You might have everything figured out at an event and be doing good on SCORETRACKER®, but it’s always going to be in the back of your mind: ‘Man, I have to find a big one,” admitted Daiwa pro Cody Meyer. “You’ll want to make as many cuts as you can, so you can have as many days possible to catch big ones to qualify for Heavy Hitters. I don’t know how everybody else will do it, but I plan on taking some time every day I compete to fish for a big one. Free the glide bait!”

When Heavy Hitters competition kicks off on May 16, the field will be competing for a $100,000 payday for winning the five-day event, and the biggest big-bass cash purse in history: $25,000 big-fish awards on Days One and Two; $50,000 apiece on Days Three and Four; and a whopping $100,000 for the biggest Florida-strain largemouth to hit SCORETRACKER® in the Championship Round.

“Oh sure, now they come up with this stuff,” joked Mercury pro Brett Hite, who weighed in a 9-pound, 12-ounce monster on the Kissimmee Chain during the 2019 Bass Pro Tour opener. “This should be a really interesting event – there could be some interesting strategy. With that much money for big fish, a guy could throw a big swimbait all day long and try to cash that big check. If you got into the right deal, you could theoretically make a wad of money on big fish alone.”

According to Kenney, the “right deal” will likely be a pattern and condition that most of the qualifying field is unfamiliar with on the Kissimmee Chain.

“The only thing that makes me pause is that a lot of guys will automatically think (the bite) will be a shellbed deal,” Kenney said. “It won’t be. It’ll be about flipping a 1-ounce jig and a great big chunk on the outside edge of the Kissimmee grass. In March you cast to lily pads, but in May, that’s just the deal – you put a 1-ounce jig in your hand and you just go. And it happens fast. You’ll go for awhile without any bites, and then you’ll catch an 8-pounder, a 6, a 5, a 3 and an 8 in 20 minutes. Those fish will be postspawn, they’ll be healed up and vegetation will be grown out because of the heat. I think it’s going to be a great event.”