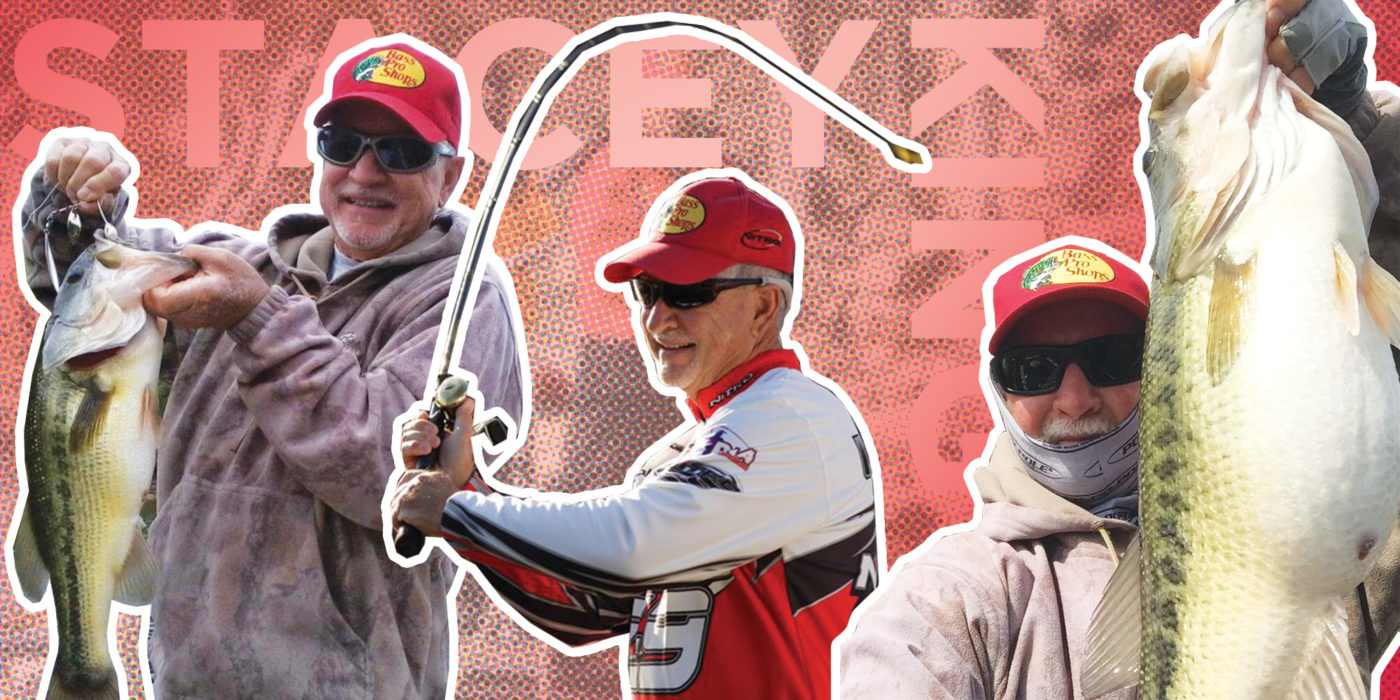 BRANSON, Mo. – It’s been a little over a week since the Bass Pro Tour visited Table Rock Lake for Stage Six, but things have changed as we begin Bad Boy Mowers Stage Seven Presented by Covercraft. Since last week, the water level has dropped, the water has cleared, and the lake’s bass have continued their transition toward summertime locales. It’s shaping up to be a decidedly different event.

The King of Table Rock’s Predictions

There are Table Rock locals, and then there is Stacey King. The longtime pro from nearby Reeds Spring, Missouri has claimed several tour-level Top 10s on the lake, has fished it 60 years and continues to do so four or five times a week (including this week).

King is easily one of the most knowledgeable anglers in the world when it comes to bass fishing in the Ozarks, and he’s been keeping tabs on Table Rock since our last visit just eight days ago. He feels that the lake is setting up to be different playing field due to the changing conditions.

During MLF’s Stage Six visit, Table Rock’s water levels dropped during the event, and they have continued to do so. The lower water levels, along with the annual bass migration to deeper water after spawning are a recipe for new patterns to emerge when competition starts on Friday, according to King.

“There aren’t as many shallow fish, and they’re moving toward their summer locations,” he confirmed. “I think there will still be some fish shallow, but the majority have moved out to chase shad. I believe they’re all done spawning since the last event was the tail end of it. The fish are in their post-spawn and summer routines and have been aggressively feeding up.

“Because of this, I think there will be a little bit better size, but not as many fish caught. But, it will still be excellent, Table Rock is full of fish from one end to the other.”

Aside from the changing water levels, King has noticed a clearing of the water, and he believes that will also change how the anglers attack the lake this time around. He said the clearer water mainly affects lure size and color.

“The fish are a little warier now with the cleaner water, and smaller lures and more natural colors do better,” King said.

During Stage Six, several anglers exploited submerged brush for big numbers, but King feels that bite has faded due to the water levels.

“To have enough water on most of the bushes, the water level needs to be around 918 feet – right now it’s just above 917,” he said. “They’ll still catch a few here and there from the bushes, but it won’t be as good as it was during the first event.”

Because Stage Seven has a later start time and anglers will be fishing from noon until 8 p.m., the early-morning shad spawn bite will be nonexistent. But King said that the afternoon bite is typically very strong this time of year on Table Rock.

“Starting later will eliminate that early morning window for topwater fishing, but topwater fishing can still be good all day long here, especially if there is some cloud cover,” he said. “Also, traditionally this time of year has a very good afternoon and evening bite with baits on the bottom.”

As the fish move away from the bank, it eliminates several patterns but also opens the door to some new ones. For one, King believes the topwater bite will be stronger during this event if anglers can locate feeding bass.

“Once the fish move offshore, they start to suspend and chase shad, and topwaters are one of the best ways to catch them. They can be difficult to locate, but when you do, you can also get some quality fish in a hurry,” he said.

King also expects lake points to factor into the event.

“The bite in deeper water has gotten better, and I think you will see guys have success with deep crankbaits, jigs, Carolina rigs, and shakey heads,” he predicted.

If the water warms up slightly, King says another technique could come into play: “Right now the water is around 76 degrees, and once it warms to about 80 degrees, there’s a great bite on big Texas-rigged worms.”

Stage Seven begins May 31 and runs through June 5 on Table Rock Lake. Lines hit the water at 12 p.m. CT with an 8 p.m. lines out. Tune in to the MLF NOW! live stream at noon for all-day game coverage available at MajorLeagueFishing.com or the MLF app.