Klein on Speed Reeling: 'One of my Favorite Ways of Catching Fish' - Major League Fishing
Shop 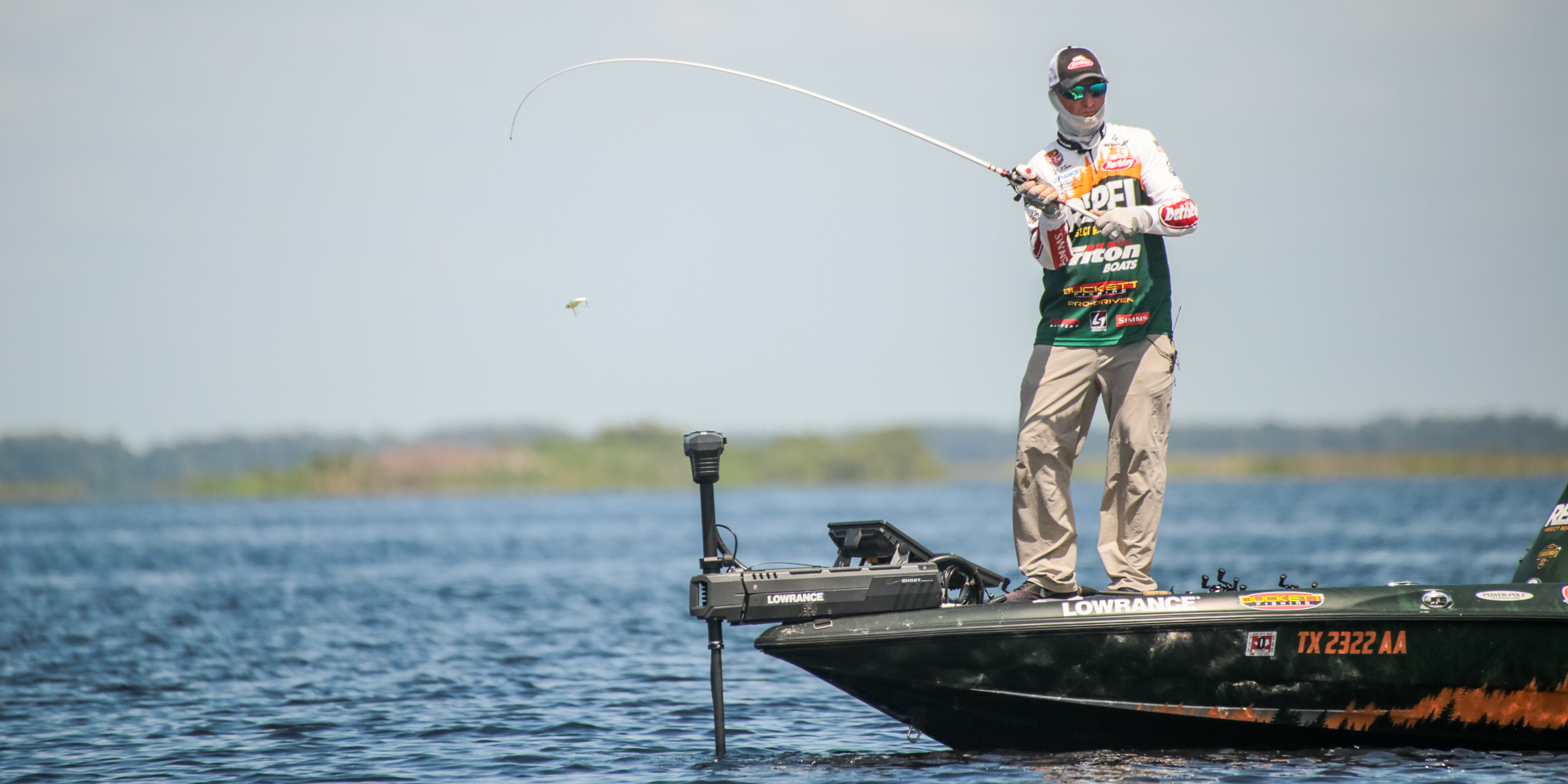 If you dig into the video archives of Toyota Heavy Hitters Presented by Venmo, you may notice that Top 10 finisher Gary Klein stuck with one major pattern throughout the course of the week on the Kissimmee Chain of Lakes: throwing a crankbait as far as he could over grassy flats on Lake Toho, and then reeling it for all he was worth.

The technique paid off handsomely: Klein put 22 fish for 67 pounds, 9 ounces on SCORETRACKER® in his Qualifying and Knockout Rounds to advance to the Championship Round.

“My whole key that week at Heavy Hitters was to fish as far away from the boat as I could, so I made really long casts and then speed-reeled as fast as I could,” Klein said. “That’s one of my favorite ways of catching fish, and that entire week in Kissimmee, the big ones would hit after four of rive turns of the reel handle. It was almost like a piece of bait had landed on top of them, and they just reacted to it.”

Klein entered Heavy Hitters with a plan to practice a full day in Lake Cypress and Lake Kissimmee, and move on to Toho on practice day 2. But after a morning with no bites on Kissimmee and little improvement over that on Cypress, he locked through to Toho. What he found there – fish in postspawn, positioned high in the water column and relating heavily to current – effectively defined his plan for the entire tournament.

“There was a lot of bait on top, and fish up near the surface, running bait,” Klein said. “That’s why the current bite become so predominant in that event. I remember locking into Toho at 2:28 p.m. that day, running to my first spot, and catching an 8-pounder, a 9, a 4 and a 2. I had the Warpig tied on, just throwing it out there in the grass, and thought to myself ‘Man, I might as well go put it on the trailer, this is what I’m going to do’.”

Klein spent his entire tournament on a handful of grassy spots on Toho, making an average of two casts per minute, “physically working as hard as I could” with repeated long casts of the Warpig. Klein estimates that he cranked over 19,000 yards of line every period (which extrapolates to 234,000 yards of line over the four days he competed).

“From lines in to lines out, I guarantee nobody reeled as many yards of line as I did,” Klein laughed. “I mean, I went at it hard! But with the fish being as mobile as they were with current, I felt like I had to just keep hammering at it. Speed-reeling like that is something I’ve always really loved to do, because you’re actively triggering a strike. But in order to do that, you usually have to have relatively clear water – you can’t speed reel in dirty water, it’s way harder to pull the fish to you.”

Rod and Reel Are Critical

Klein’s gear – particularly his rod and reel – was critical to his success.

He fished a 1/2-ounce Berkley Warpig in Purdy Shad, loading a Duckett Fishing Paradigm CWx reel (8.3:1 gear ratio) with Berkley Trilene 100% flourocarbon. He matched that with a 7-foot-10 extra heavy/extra fast Duckett Fishing Micro Magic rod that allowed him to power his way through hookups with multiple 3- and 4-pound fish that bit 50-plus yards away from the boat.

“Not only does that tournament tell a story about technique and speed reeling, but here’s a reel that’s getting burned as hard as I can burn it on every cast, for thousands of yards,” Klein said. “I can’t say enough about that Paradigm reel. The rod was a little out of my comfort zone – I usually prefer a rod with a parabolic bend, but I found out that I needed a faster rod when fish bit that far out, or they would just throw the bait. Speed reeling is a great technique, but the rod and reel were both just really, really important to my success in that event.”