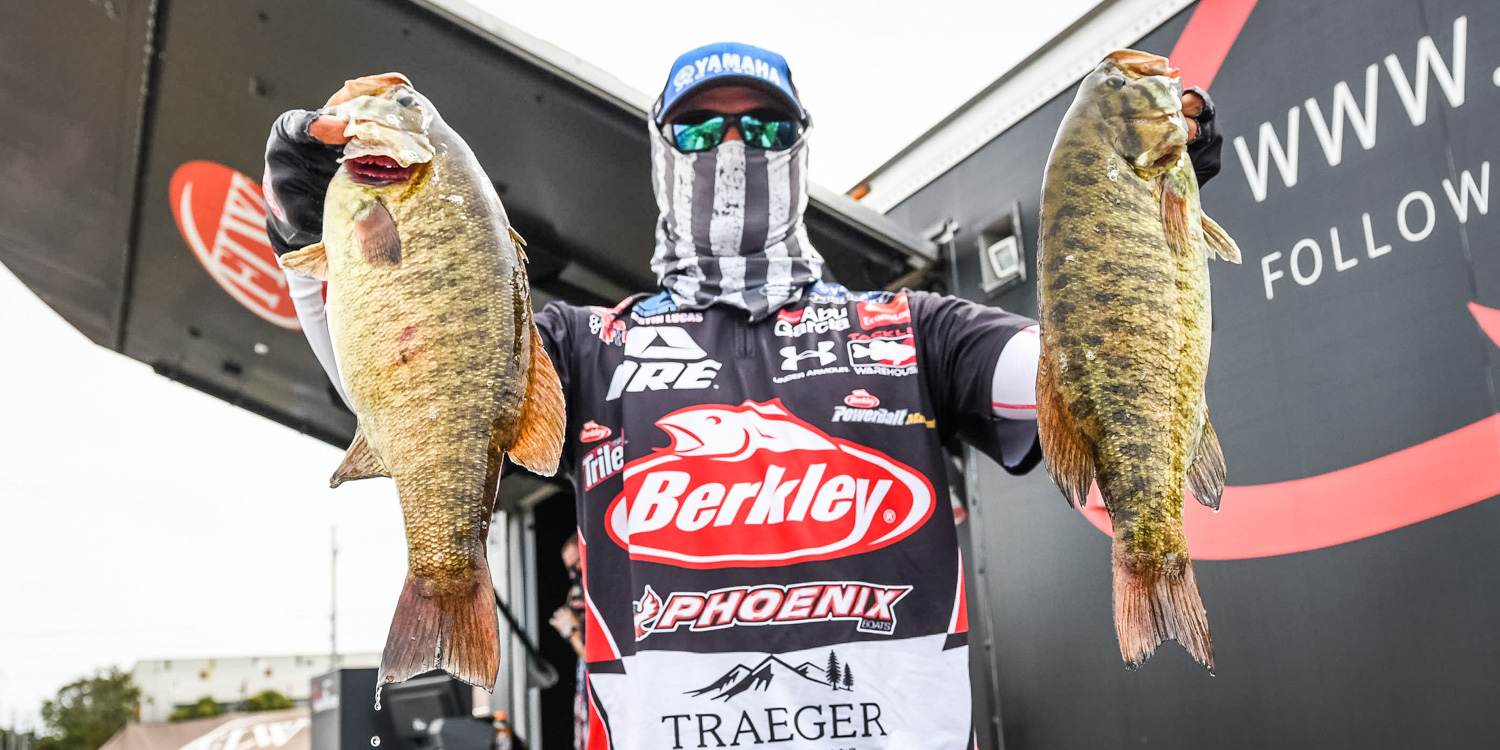 SANDUSKY, Ohio – Anybody who doesn’t believe that momentum is a thing in tournament bass fishing might want to chat with MLF pro Justin Lucas about it. Call it momentum, call it a hot streak, call it what you will, but the Alabama pro is clearly riding something.

Lucas brought 19 pounds, 14 ounces of smallmouth to the scales Wednesday on Day 2 of the FLW Pro Circuit Super Tournament out of Sandusky, Ohio, enough to take the lead in the final regular-season tour-level event of the 2020 MLF and FLW seasons. Lucas’ two-day total of 41-5 gives him a scant lead over Jeremy Lawyer (41-2) and fellow MLF pros Alton Jones, Jr. (40-13) and Josh Bertrand (39-3) as the field cuts down to 50 for Day 3 on Thursday.

Lucas entered Wednesday on Lake Erie in third place behind Bertrand and Boyd Duckett, but less than 30 days removed from his dominant win in the final Bass Pro Tour event of the season – Stage Five in Sturgeon Bay, Wisconsin – the Berkley pro finished the day Wednesday leading a tournament on four of his last five competition days.

The fact that those five days have all been on offshore smallmouth fisheries shouldn’t be overlooked.

As was also the case in Sturgeon Bay, Lucas has caught all of his fish this week on a Berkley PowerBait MaxScent Flat Worm (in green pumpkin).

Jones connected with 21-13 Wednesday to climb from 11th to third, despite fishing only 90 minutes on Lake St. Clair. After making a two-hour run from Sandusky, the Texas pro caught 20 pounds in the first 45 minutes, eventually plinking away for another 55 minutes to upgrade a 3½-pounder with a 4½ before heading back.

Rounding out the Top 10

Day 3 at the FLW Pro Circuit Super Tournament out of Sandusky, Ohio can be viewed live on the FLW Live stream on the homepage of the FLW website, starting at 8 a.m. EDT.