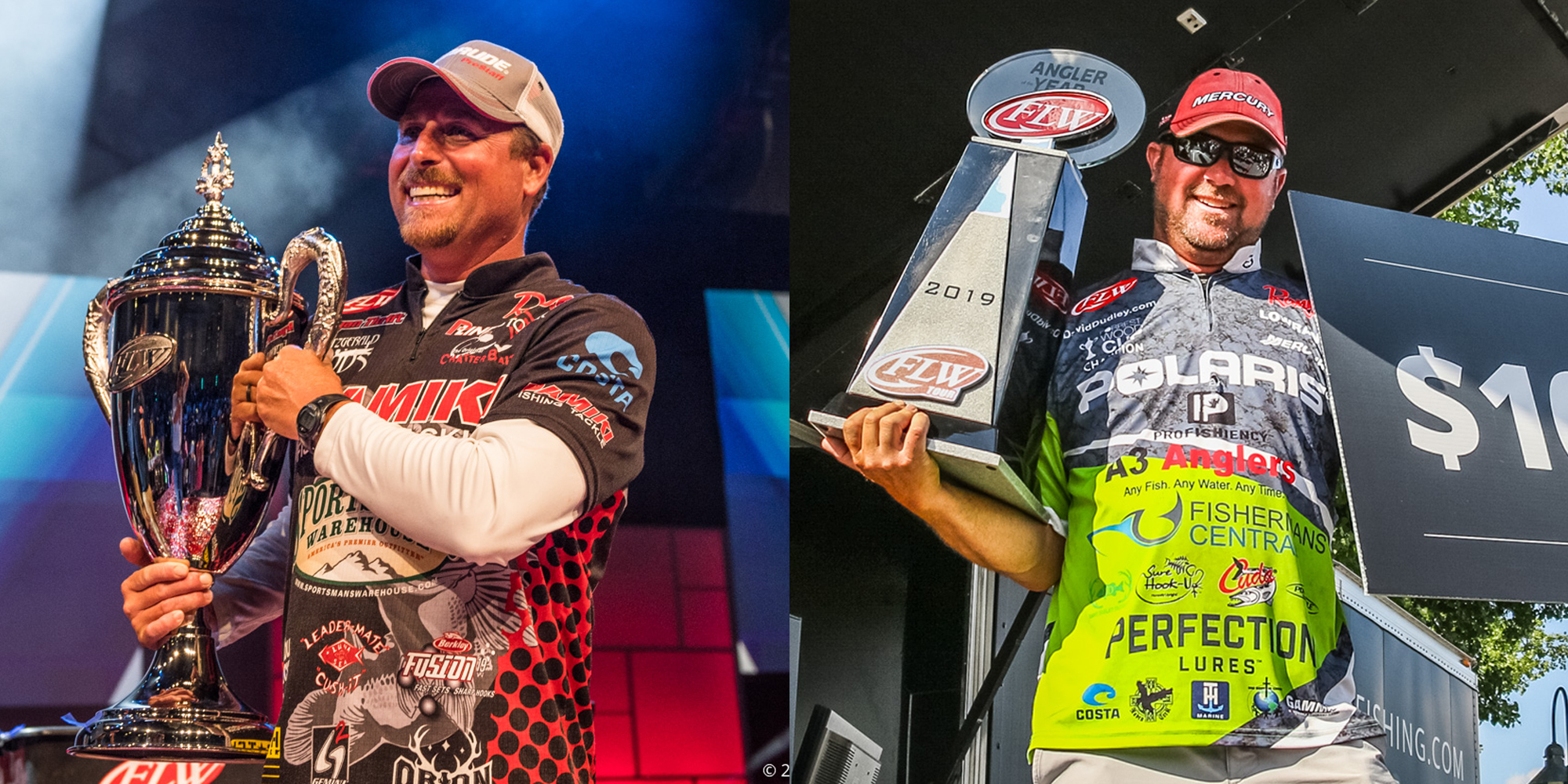 2019 Bass Pro Tour competitors Gerald Swindle and Brandon Palaniuk will not return in 2020.

“We’re tremendously excited to begin the 2020 Bass Pro Tour,” said Jim Wilburn, MLF President and CEO. “Our initial goals of growing the sport of competitive bass fishing through an angler-centric league and tour continue to manifest itself with these exceptional pros.”

Dudley, Thrift Join the Roster in 2020

Dudley joins the Bass Pro Tour following an exceptional 2019 that saw him winning the FLW Tour Angler of the Year. Dudley – who has earned just over $4 million in his 25-year professional career ($3.8 million at FLW, which makes him the league’s all-time highest earner) – became the only angler in FLW history to win four AOY trophies when he finished the 2019 season with 1,250 points.

Dudley has accumulated 53 career Top 10s and nine tour-level wins. Two of those wins came on fisheries on which he will compete in the 2020 Bass Pro Tour: Lake Champlain and Lake Okeechobee.

The 2020 season will mark his 26th year as a professional angler. The opportunity to push himself to new levels drove his decision to make the move to the Bass Pro Tour.

“I’m motivated to start a new chapter and set new goals for myself on the Bass Pro Tour,” reflected Dudley. “This format will present some new challenges and opportunities for me to grow as an angler. I’ll have to practice hard this winter to compete, which makes me both nervous and excited – feelings on which I thrive as a competitor.”

Thrift enters the Bass Pro Tour on a career roll that many consider to be the most impressive of any professional bass angler. Thrift filled out his already impressive trophy case in 2019 with one piece of hardware he was missing: the 2019 Forrest Wood Cup. That August win brought Thrift’s tour-level career win total to 12, boosted his list of Top 10s to 68 (the most in FLW history), and pushed him over the $3 million in career winnings.

Thrift has put together 25 Top 10s since 2013, including 18 Top 5s. He owns four wins on fisheries where he will compete on the 2020 Bass Pro Tour (Lake Champlain, Lake Okeechobee and Lake Eufaula x2).

“Moving to the Bass Pro Tour is an exciting opportunity that I feel grateful to have earned,” said Thrift. “Featuring the top pros in the world and no entry fee, this is THE professional league, akin to other pro sports leagues like NFL and Major League Baseball. Those athletes don’t pay entry fees. I’m excited and nervous to see what I can accomplish on the Bass Pro Tour.”

Swindle resigned his position on the Bass Pro Tour in an effort to take a different direction and focus his time on his family.

“I’m looking forward to finding personal happiness as I compete with my nephew at the beginning of his career,” Swindle said. “It’s a promise that I made to my brother and I’m grateful to have the opportunity to spend this last quarter of my career fulfilling that promise.”

Swindle finished 42nd in the points standings in the 2019 Bass Pro Tour with 333 points, missing a REDCREST qualification by 28 points. He advanced to the Knockout Round three times during the season in Stages One, Five, and Six, and qualified for the Patriot Cup.

“These types of decisions are never easy,” reflected Palaniuk. “I want to thank the entire MLF staff, boat officials, and especially the anglers for 2019. I have learned a ton about many things, mostly myself, and the reality is that I have some goals outside of the Bass Pro Tour.”

Palaniuk finished the 2019 Bass Pro Tour season 27th in Points Championship standings with 371 points, qualifying for REDCREST. He finished ninth in that event on the Mississippi River, marking his third Top 10 of the season (he also finished second at Stage Seven on Table Rock Lake and ninth at Stage Four on Lake Chickamauga).

“On behalf of all the anglers on the Bass Pro Tour, we wish Gerald and Brandon great success in their careers,” commented Boyd Duckett, Board Chair of the MLF Anglers Association, the non-profit players association for Bass Pro Tour anglers. “Roster changes are commonplace in professional sports and bass fishing is no exception. We’re thrilled to welcome Bryan and David to our ranks and look forward to a competitive and exciting 2020 Bass Pro Tour.”

The 2020 Bass Pro Tour begins on Lake Eufaula (Ala.) on February 7 and ends on Lake Champlain (Vt.) in late July. Each Stage of the Bass Pro Tour is broadcast live on the Major League Fishing app, MyOutdoorTV (MOTV), and MajorLeagueFishing.com, totaling more than 325 hours of original programming. Fans can follow the fast-paced nature of the MLF format as it unfolds on the live leaderboard through SCORETRACKER® updates. Highlights from each Stage of the 2020 Bass Pro Tour will air on Discovery beginning in July 2020 and Sportsman Channel in early 2021.

“2020 is the second year of this new beginning of professional bass fishing,” exclaimed MLF pro Greg Hackney. “Stage One of the Bass Pro Tour kicks off at Lake Eufaula in southern Alabama with both lots of giant bass and the best fisherman on the planet. Giddy-up!”

The Bass Pro Tour began in 2019 and features 80 of the most decorated professional bass anglers in the world.

Each stage includes six days of competition using the MLF catch, weigh, immediate-release format, where every bass over 1 pound counts toward a cumulative weight total for the day.