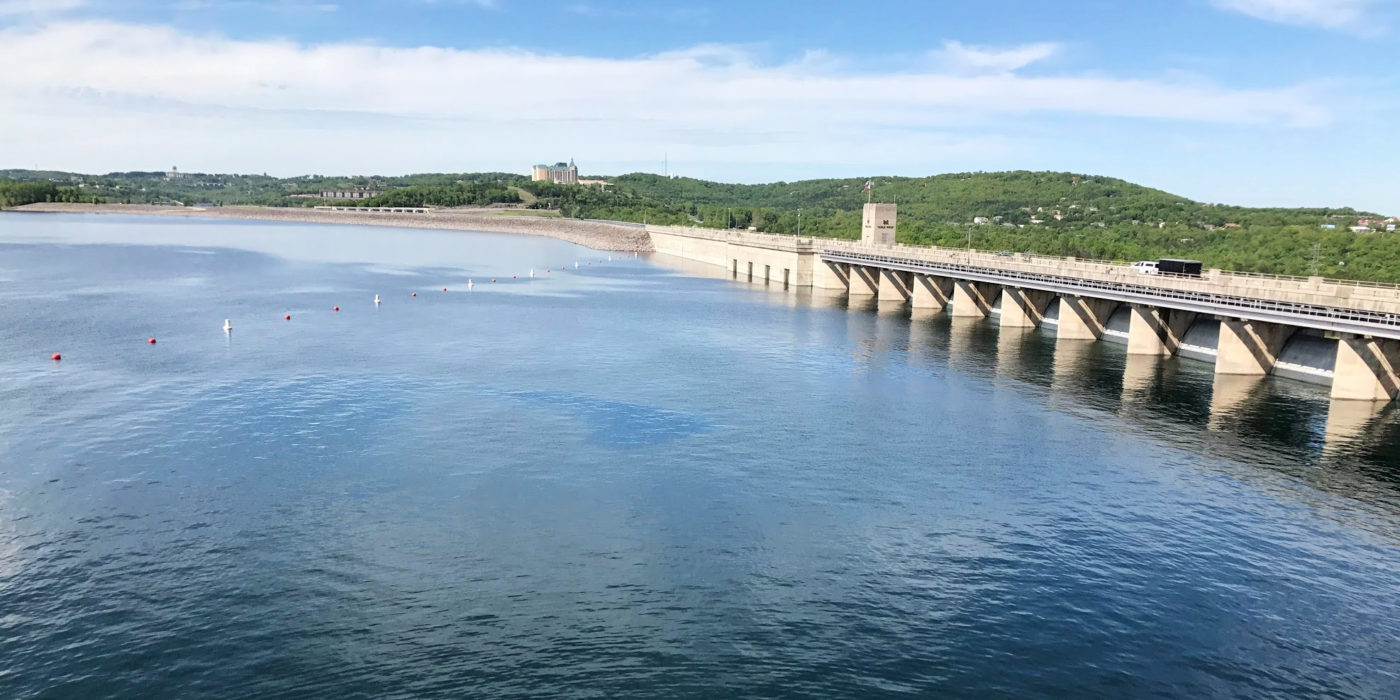 Table Rock Lake, impounded by Table Rock Dam, is a favorite for casual and professional anglers alike and will host Stage Six of the Bass Pro Tour in late May. Photo by Rachel Dubrovin

The popular tourist destination community and the big 67-square-miles reservoir are both well known for their angler hospitality and serving up a quality bass tournament experience for participants and spectators alike.

Most of the 80 pros in the event have fished on Table Rock before, but this will be their first time as competitors in the newly formed Bass Pro Tour and as the first bass anglers to achieve professional status in the sport’s league that requires no tournament entry fee for competitions.

“Major League Fishing is showing professional competitive fishing in the same manner that Americans see other sport organizations, such as the NFL, MLB, PGA, NASCAR, etc.,” said Jeff Seifried, President/CEO, Branson/Lakes Area Chamber of Commerce and CVB. “Branson is excited to host these great anglers on our pristine lake.”

“Table Rock Lake has it all – largemouth, smallmouth, spotted bass – and some of the most beautiful scenery in America,” said Michael Mulone, Senior Director of Events & Partnerships for Major League Fishing. “Branson is a fantastic destination known for reeling in tourists and we are looking forward to highlighting “The Rock” to a national audience.”

The region’s extreme geography also calls for league officials to manage where anglers can fish due to MLF’s stringent connectivity requirements the MLF NOW! live stream and SCORETRACKER™ are critical components of the event’s execution and coverage.

Anglers’ catches are immediately weighed, recorded and released back into the water, with the information being shared real-time via SCORETRACKER™ devices on every boat so that all competitors know where they stand and for the league to be able to keep the viewing public informed.

Table Rock Lake in Missouri’s Ozark Mountains is also the birthplace of the event’s title sponsor, Bass Pro Shops, with its flagship National Headquarters store located in nearby Springfield, Missouri. Bass Pro Shops also operates Big Cedar Lodge, located on the banks of Table Rock Lake. Additional activities are planned for both locations as part of the event, with more details to follow in the coming weeks.

“Competing in the backyard of a major sponsor will allow interaction with employees, anglers, and the fans,” Mulone added.

The Table Rock tour event will result in a two-hour television show that will air on Discovery Channel in the fourth quarter of 2019. It will repeat on Sportsman Channel in the and second quarters 2020.

For more information about MLF and its anglers, rules and sponsors, visit MajorLeagueFishing.com.

Developed through a joint effort between Outdoor Channel and the PBT anglers in 2011, Major League Fishing brings the high-intensity sport of competitive bass fishing into America’s living rooms in the form of riveting two-hour TV episodes. World-class anglers are filmed over the course of a six-day event. The show captures their efforts as they utilize a demanding format that allows them to weigh all the “scorable bass” they catch. Unlike other competitive fishing events, live leaderboards in the boats allow anglers to know their standings at all times. For more information about the game, visit www.majorleaguefishing.com and follow Major League Fishing on Twitter, Instagram and Facebook. You can catch all current and past episodes of Major League Fishing on #MyOutdoorTV, the world’s leading outdoor television global, streaming service provider. Also, for more information about MLF anglers, see Game & Fish magazine, the official publication of MLF.