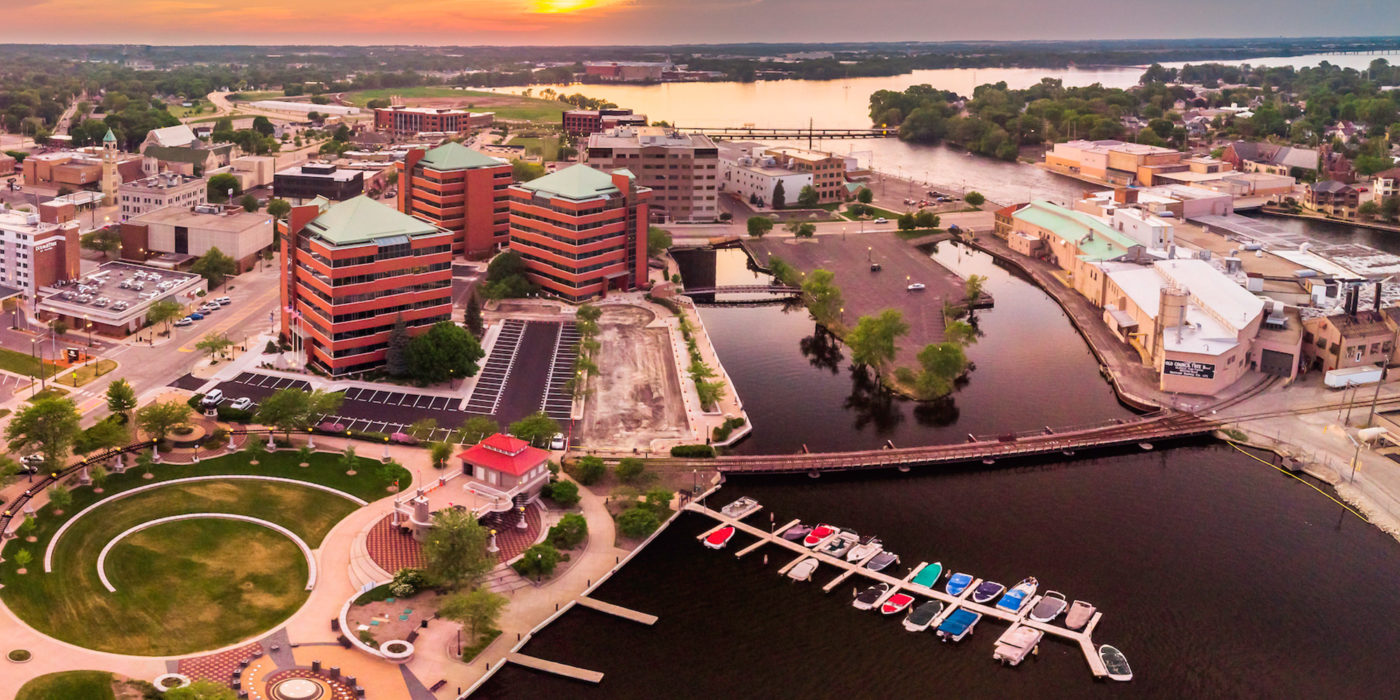 Neenah, Wisc., with nearly 7,500 feet of shoreline parks alongside Lake Winnebago, makes for an ideal setting to the Stage Eight finale of the MLF Bass Pro Tour's 2019 season scheduled for June 25-30.

TULSA, Okla. (May 14, 2019) – Major League Fishing® (MLF) announced today that the last stop of the 2019 Bass Pro Tour eight-stage season will be hosted by Neenah, Wisconsin, on Lake Winnebago.

The Evinrude Stage Eight Presented by Tracker Off Road competition will take place June 25 – 30 on Wisconsin’s largest lake, which spans approximately 138,000 acres and covers an area of about 30 miles by 10 miles.

Neenah has nearly 7,500 feet of shoreline parks, making it an ideal setting for the visiting MLF anglers, fans and sponsors.

“The Neenah community is incredibly excited about the opportunity to share our unique fishing destination with the world,” said Nikki Hessel, Executive Director of Future Neenah. “We have no doubt that our guests from Major League Fishing and beyond will fall in love with the stunning waterfront, impressive recreational activities, and exceptional dining and culture.”

Sharing in the enthusiasm for the venue is Michael Mulone, MLF’s Senior Director of Events and Partnerships, who knows well what the area and its hosts have to offer.

“Winnebago is overdue to host a bass-fishing competition of this magnitude, and what better way to put it in the spotlight than by bringing the best bass anglers in the world here to participate,” Mulone said. “Neenah is a can-do community which is welcoming MLF with open arms. We are excited to see how the weights of this fishery’s smallmouth and largemouth bass light up SCORETRACKER® for all the world to follow throughout each competition day.”

Neenah was named by early-day Wisconsin Governor James Duane Doty; it means “running water” in the language of the Ho-Chunk Native American tribe of the region.

The competition will occur primarily on Lake Winnebago, but will extend to other waters nearby, including Lake Butte des Morts and Green Lake.

The area has a rich history of quality fishing for a variety of freshwater species, especially walleye and yellow perch. League officials are confident that the MLF competition will also show just how good the bass fishing is, too.

“I’m confident our Bass Pro Tour anglers will showcase the size and numbers of the bass in the Neenah region because this late June competition falls right on top of the very best timing for catching largemouth and smallmouth here. It’s going to be an exciting event for sure,” Mulone added.

Five Bass Pro Tour Stages have been held to date, with the Bass Pro Tour Berkely Stage Six Presented by TrueTimber up next at Missouri’s Table Rock Lake, May 17 – 22, near Branson.

Stage Eight is the finale of the 2019 MLF Bass Pro Tour regular season, and will be the field of 80 anglers’ final opportunity to earn points to qualify for the REDCREST. Only the Top 30 points earners from the regular season will advance to this prestigious league championship, which is also destined for Wisconsin (REDCREST will be held Aug. 19-25 in La Crosse).

“Chances are high that few, if any, MLF anglers will have had previous experience on Winnebago, but I’m predicting they’ll all be hopeful for a return after this visit,” said Don Rucks, MLF Executive Vice President and General Manager. “And the productive fishery will likely cause lots of shifting in the final chase for one of REDCREST’s 30 positions, adding even more fuel to this expected high-octane shootout.”

All MLF Stages and the REDCREST use the league’s entertaining and conservation-friendly catch, weigh and immediate-release format.

The Lake Winnebago competition, as with each of the stages, will result in its own two-hour television episode that will air on Discovery Channel in the fourth quarter of 2019. It will repeat on Sportsman Channel in first and second quarters of 2020.

For more information about MLF and its anglers, rules and sponsors, visit www.majorleaguefishing.com.

Future Neenah, incorporated in 1983, is a not-for-profit civic development group engaged in the leadership, management and funding of a wide range of programs, projects and events in Neenah, Wisconsin, a city of 25,000 situated in a region of over 300,000. Future Neenah is dedicated to promoting the economic and cultural vitality of Neenah.