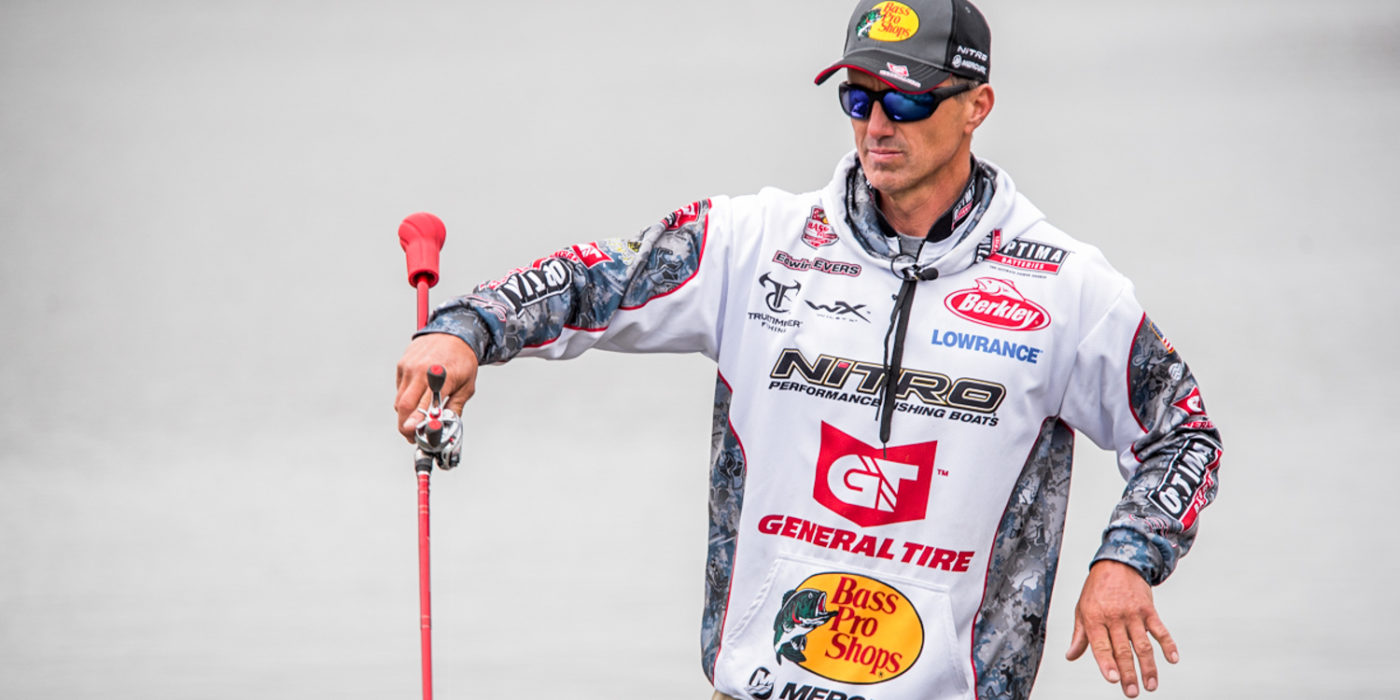 Not only did Edwin Evers take home the Bass Pro Tour Stage Two trophy after a great event on Lake Conroe, but he has also claimed the Points Championship after a stellar 2019 Bass Pro Tour season. Photo by Garrick Dixon

NEENAH, Wis. – It seems appropriate that a Points Championship race that came down to the wire after a five-month season should come down to the final 50 minutes that the two men involved will fish in the 2019 Bass Pro Tour regular season?

For Edwin Evers, it was jubilantly appropriate. For Jeff Sprague, likely painfully appropriate. But after eight regular-season events and an incredibly tight race, it was appropriate nonetheless.

Needing to finish in the Top 20 in Elimination Round 2 for a chance to pass Evers in the points race, Sprague ended Friday’s Elimination Round with 48 pounds, 10 ounces, 2-8 below the Elimination Line in 25th place . Even as competition continues Saturday on Lake Butte des Morte for the remaining 40 pros, both Evers and Sprague already know their finishes in the event: Evers 42nd, Sprague 49th.

That leaves Evers with 510 points for the season, Sprague with 500, and a Points Championship trophy bound for Talala, Oklahoma to join Evers’ other many career milestones.

“As an angler, it’s a lifelong dream to win a title like this,” Evers said. “Somebody said to me earlier ‘Well, if you don’t win, you did win an event,’ but I’d trade that event win in a heartbeat to win a Points Championship.”

It was the culmination of one of the best seasons in recent history in professional bass fishing for Evers, who started the season with four consecutive Top 10 finishes (including a win), and entered Stage Eight with a three-point lead over Sprague.

Entering competition on Friday – a day after Evers had narrowly missed making it into the Knockout Round, finishing 21st in Group A – the Texas pro knew that he needed to accomplish two things to pass Evers: First, finish in the Top 20 of his group; second, to finish 37th or better overall to surpass the three-point deficit he had to Evers entering Stage Eight.

Sprague climbed to 17th at one point in the third period, but then didn’t land a scorable bass over the final 53 minutes of competition and eventually settled into 25th place.

But it was indeed Evers’ day. And his season. The Bass Pro Shops pro adds the first tour-level season-long points title to a list of accomplishments that had already elevated him to a spot as one of the most successful tournament bass anglers in the history of the sport.

Evers held the points lead through five of the eight events.

“I had a great first half of the season that allowed me to not have to finish as high (in Stage Eight),” Evers said. “A (Points Championship) is the biggest thing in our sport, and I’m just thrilled and honored to win it.”