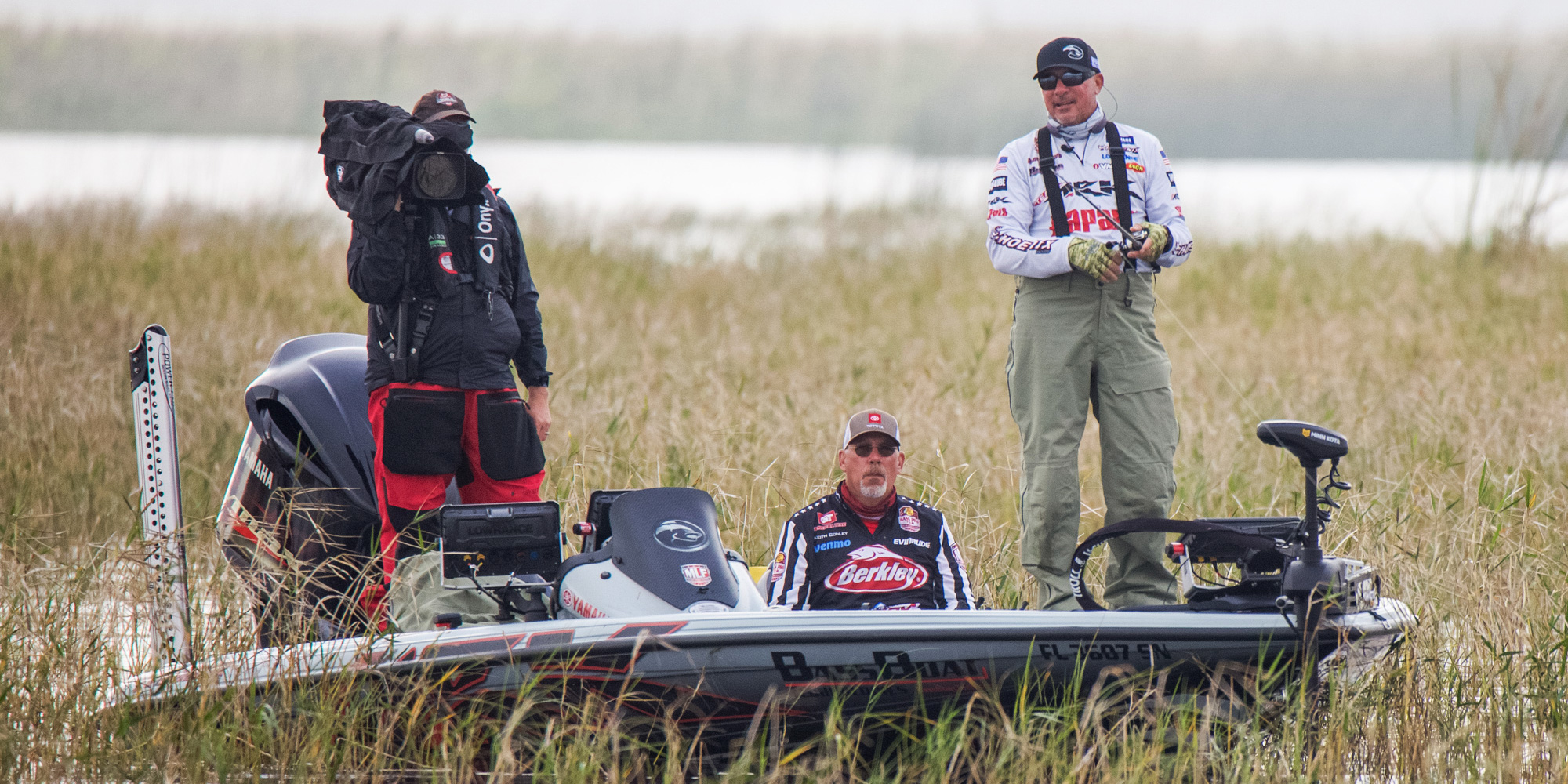 In Part 2 of Randall Tharp's fine points of frogging, Tharp breaks down the tackle setups you need to be successful. Photo by Jesse Schultz

In part 1 of this series, Randall Tharp outlined his approach to hollow-bodied frog fishing. Here he details the fine points of his frogging tackle.

Fishing with a hollow-bodied frog captures every angler’s idea of fun and excitement. Unfortunately, it can epitomize angling frustration as well amid a flood of fruitless blow-ups, missed strikes, and lost fish.

While jittery nerves, bad luck and a bass’s knack for surprise and mayhem account for a good portion of that frustration, tackle misfits make up the greater – and most easily corrected – share.

“Our equipment is so good today, so dialed in with rods of lighter and faster materials, better lines, reels more powerful and with heavier drag systems,” Tharp says. “All that stuff has made frog fishing a more versatile way of catching fish than it was 10, 12 or 15 years ago.”

Tharp has two distinct tackle combinations for frogging: a setup for heavy cover and another for open water.

“For my heavy cover setup, I use a stiffer action rod, an extremely powerful 7-foot, 4-inch mag heavy rod from the Ark Invoker Series spooled with 65-pound Sufix 832 braided line,” he says. “I use a medium-retrieve 6.4:1 gear ratio reel. I don’t like a high-speed reel for this situation. It doesn’t have the power.”

Surprisingly, Tharp admits to fishing frogs as often in open water as in dense matted cover.

“If there’s any vegetation at all, I prefer a walking frog, but if it’s strictly an open water situation, I like a popping frog,” he says.

His open-water frogging setup is built around the Terminator Walking Frog and a 7-3 medium heavy rod (Ark Tharp Series Money Maker). It’s a rod with the power to drive a hook home, but its softer action makes it more forgiving when he is fighting a fish with no-stretch line.

“The rod is pretty parabolic, different compared to the heavy fast-tip rod I use in cover,” he says.  “And I use 50-pound braid (Sufix 832) instead of the 65-pound. The 50 performs better, especially when you’re skipping docks, where 65-pound will get you a bird’s nest.”

He opts for a higher speed reel in open water.

“I’m making a lot more casts and working the bait a lot faster,” he explains. “Though every day is different, some days I never stop moving the bait.”

For open water, he ranks the Terminator Popping Frog and the 2.5-inch Terminator Walking Frog Junior, in bluegill colors or black, as his top two baits.

“But generally if it’s open water, I will occasionally pause the bait if I’m in a prime area where I anticipate a bass being,” he explains. “I’ll walk it, pause it, walk it again.”

He doesn’t want the bass to get “too good a look” at the bait in gin clear water, however.

“In clearer water or windy conditions, I will probably not pause it as much as I would in calmer water or water with a little stain,” Tharp says. “But if he doesn’t hit it on a steady walking retrieve that pause might get you a bite or two extra.”

Tharp believes that a frog gives the well-equipped angler an edge.

“One reason a frog shines above other baits, especially when you are talking about big fish, is that your percentage of landing a fish with today’s frogs with that dual hook design is better than with a lure with treble hooks,” he says.