REDCREST VIEWER’S GUIDE: What to Watch For Saturday on Discovery Channel (7 to 9 a.m. ET & PT) 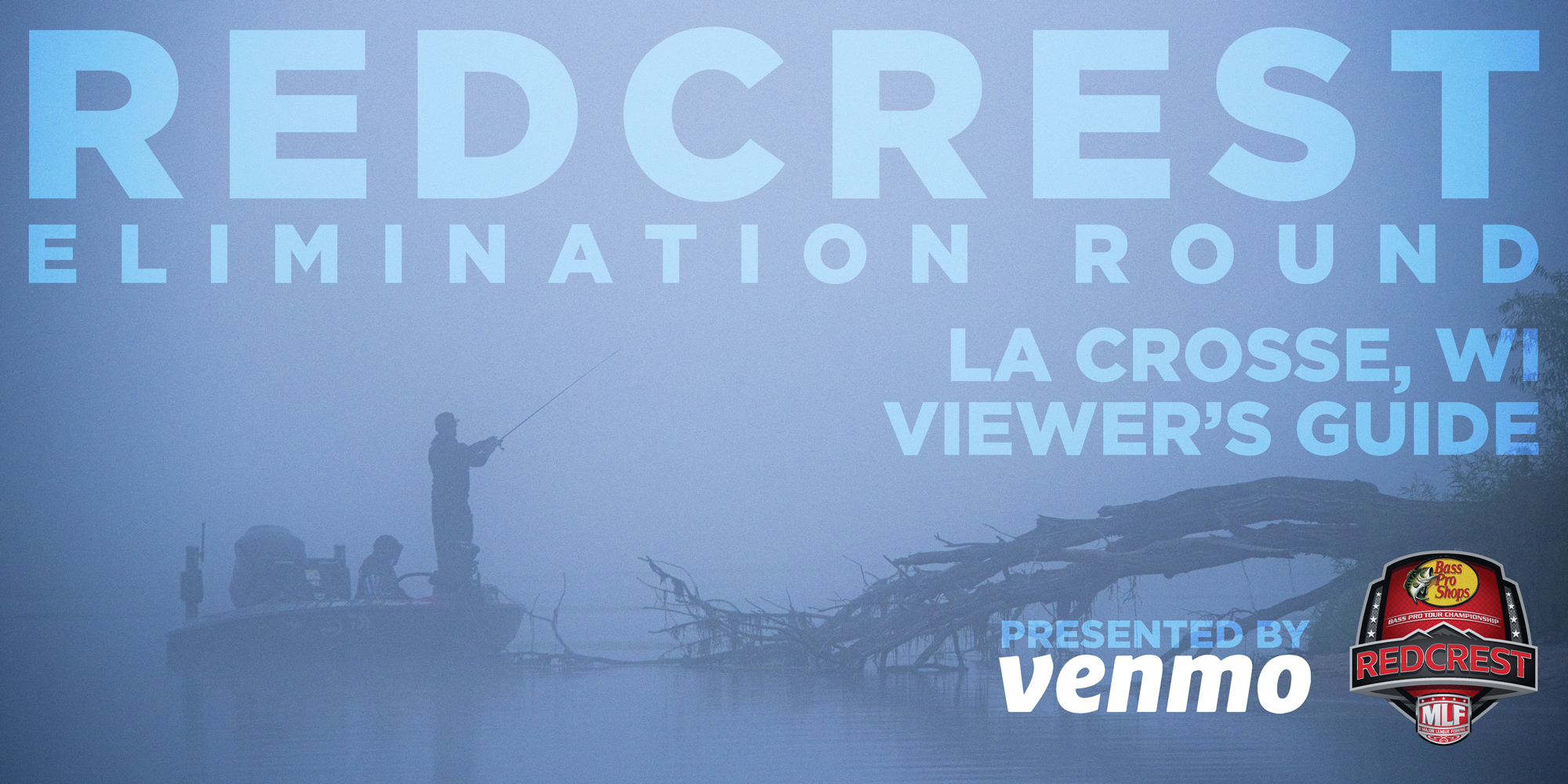 The REDCREST Elimination Round Presented by Venmo premieres Saturday, Dec. 7 on Discovery.

LA CROSSE, Wis. – As opening acts go, the Shotgun Round of REDCREST Presented by Venmo will be hard to top.

As Discovery Channel viewers witnessed last weekend during the first of five Saturday-morning broadcasts of REDCREST, the field of 30 MLF pros competing in the Bass Pro Tour’s championship event took very little time in demonstrating that Pool 8 of the Mississippi River was setting up to provide a jump start to the five-day race for a $300,000 winner’s payday.

But the Elimination Round – which viewers can watch Saturday on Discovery (simulcast 7 to 9 a.m. in both the Eastern and Pacific Time zones) – brought about a new dynamic: the final elimination of the nine-event season for 10 of the 30 pros competing.

Storylines? Many! Here are a handful of factors to watch for this Saturday, Dec. 7 as you tune in for the REDCREST Elimination Round on Discovery:

With a projected Elimination Line weight in the mid-60s to low 70s, the list of anglers needing to make some upward moves on SCORETRACKER® this Saturday is littered with names that hovered in the Top 10 of the overall points race all season long: Mark Rose (22nd with 29-10), Dustin Connell (28th/17-15) and Bobby Lane (30th/11-5). It also includes three anglers – Jordan Lee, Aaron Martens and Ott DeFoe – who either won events during the Bass Pro Tour regular season (Lee, Martens), or had previously won tour-level events on this part of the Mississippi River (DeFoe).

Birge is the Man to Beat

With 50 fish for 81-15 in the Shotgun Round, Oklahoma pro Zack Birge established himself as the REDCREST frontrunner, finishing the first day with a 17-pound cushion over Stephen Browning in second place. Birge took the lead early in Period 2 in the Shotgun Round and finished the day 49 pounds above the 20th (elimination) spot, fishing a limited amount of the water he identified in practice. The Elimination Round gives Birge an opportunity to explore some of his unfished water in Pool 8.

“I’ll try to save some of those areas I found in practice for later in the week and (in the Elimination Round), I’ll bounce around and try to find some more fish,” Birge admitted after the Shotgun Round.

The Final Elimination Round