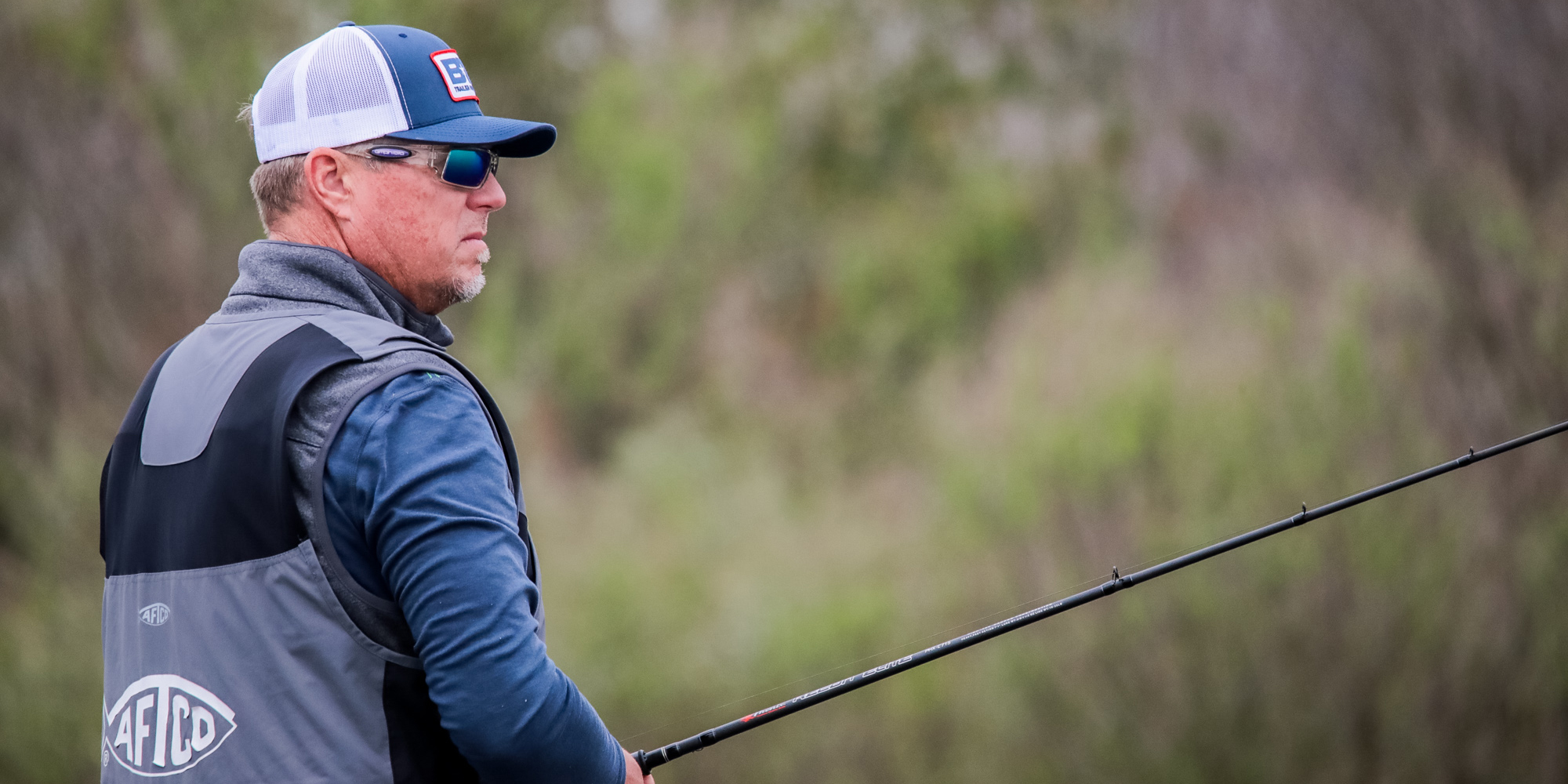 Not many bass rigs have the universal appeal of a shaky head worm. For many bass fishermen, a light jig rigged with a 4- to 6-inch worm epitomizes light tackle “finesse” fishing.

But for Alabama pro Russ Lane, one of the best ways to take big bass from deep structure in late summer is to supersize that jig n’ worm.

“On ledge lakes, a big worm is hard to beat from late July and August into September,” says Lane. “By this time of year, bass are conditioned to crankbaits and jigs and swimbaits. So a worm is a great way to get bites.”

Bass schooled up on deep structure in summer prefer a beefy offering such as the Big Bite Baits 10-inch Kriet Tail Worm or Big Bite Baits 8-inch Big Finesse Worm, two of Lane’s favorites. He employs a jig that will get the magnum meal down to those ledge fish quickly and keep it in their strike zone.

“Depending on the depth I’m fishing, I’ll use a 3/8- to ½- or even a ¾-ounce Buckeye Magnum Spot Remover jig head,” says Lane. “It has a nice Gamakatsu round bend hook and a screw lock head to secure the worm straight to the head. It has a flat bottom so the bait stands straight up. It’s a really good rig for slow dragging. And I’m a firm believer that I get more bites fishing big worms on these jig heads than I do on a Texas-rigged worm.”

He has two favorite presentations.

The first is a slow retrieve along the bottom.

“It’s a slow, steady drag,” he says. “You drag the bait and pick up slack. As you drag it, the head lifts up and the worm falls down and swims. When you pause, the bait stands up due to the jig’s stand-up, flat bottom design.”

His second option is a stroking technique.

“I let the bait get down, then do short, quick snaps of the rod to get the worm to jump off bottom.,” he says. “When I throw slack back into the line, the jig’s shape makes it fall straight down. It’s a great way to fish when bass are situated higher in the water column.

“I see a lot of guys staying on the main body of the lake or moving to the south end of the reservoir,” says Lane. “But I like to go into the back halves of major creek arms. Some of those fish are following early movements of bait back there. Tons of baitfish will be migrating into those creek arms in September and October.”

He prefers to fish slightly stained water and structure that’s a little shallower.

“I’m also looking for flat, hard places a creek channel might kick off of,” he says. “If the channel is meandering and it kicks off one bank and goes to the other side, you will have a hard gravel-like spot that follows the channel. It will be a long, flat, tapering point with a good hard bottom. Bass will set up on these places in late summer. You won’t always find big schools. But it’s a good way to narrow your search down because these places are a little more obvious. If the fish are deep, this is where they will be.”