STRATEGY MOMENT: McClelland Says Table Rock "Could Play from One End to the Other" - Major League Fishing
Shop

STRATEGY MOMENT: McClelland Says Table Rock “Could Play from One End to the Other” 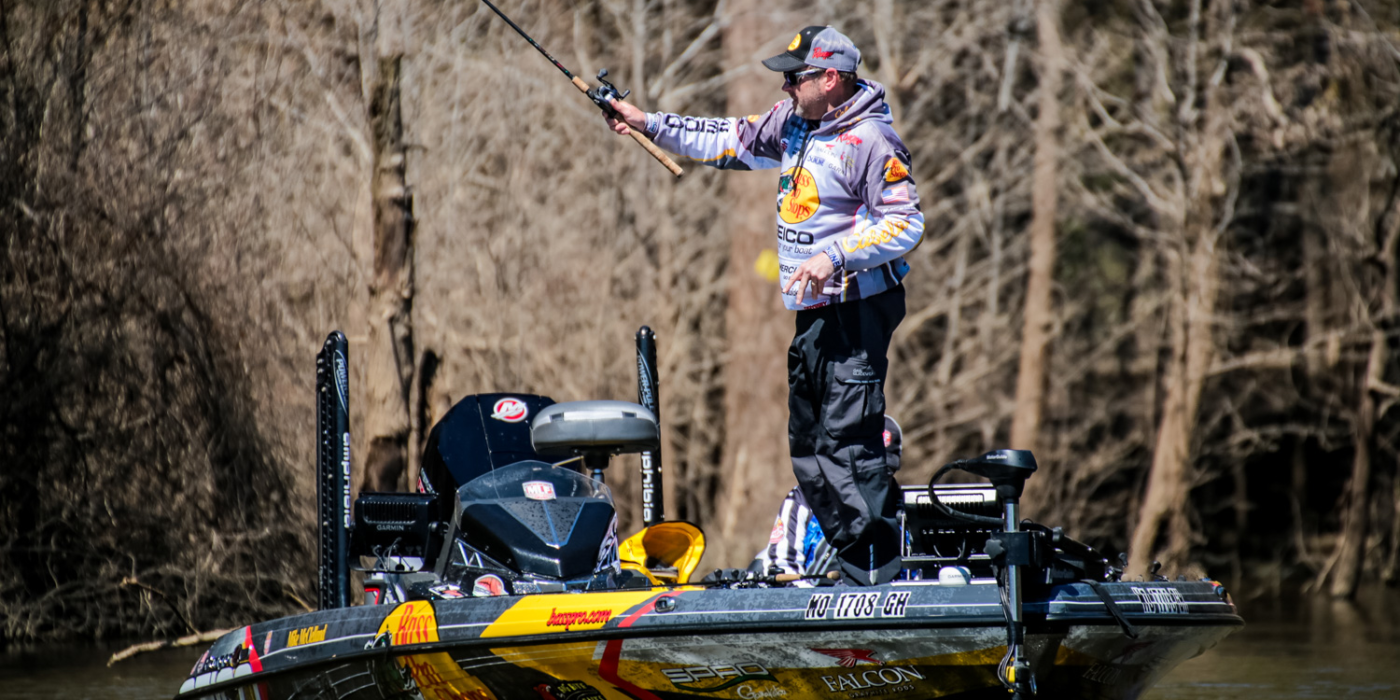 BRANSON, Mo. – When you’re looking through the list of possible favorites for the upcoming Bass Pro Tour Berkley Fishing Stage Six Presented by TrueTimber, it’s impossible not to gravitate straight to the “Ms” and circle the name “Mike McClelland” in red ink.

The 28-year Mercury veteran has a champion’s resume on Table Rock Lake in Missouri, the venue for Stage Six. Not only can McClelland see the lake from the back yard of his recently built home in Blue Eye, Missouri, he has two tour-level championship trophies from events held on Table Rock: a 2014 Elite Series and a 2017 Central Open. He’s cashed over $204,000 in checks at BASS and FLW events on this impoundment of the White River (and more than he can guess in Friday-nighters and local club tournaments).

“The White River chain is really where I learned to fish,” McClelland says. “This is where my family lived until I was 14, and where I started to get into fishing when I was a kid. Most of my early tournament years were spent on Table Rock and Beaver Lake. I won my first major here in 1992, a Central Pro-Am, which allowed me to start trying to pursue fishing full time. This lake has been very good to me.”

Table Rock Up to the Minute

As of this writing, Table Rock’s water level is at 919.63 feet and falling from a high of 920.3 on May 5. McClelland expects the Army Corps of Engineers to continue to pull water out of the Table Rock Dam spillway in an effort to bring the big lake down to summer pool (916 feet), but the lasting effects of a wet early spring will likely keep the water level above 916. That, according to McClelland, could affect the available cover when Stage Six competition starts on May 17.

“The water level really determines whether there’ll be a bite in the bushes,” McClelland says. “There are very few bushes and willow trees in the water at 916 (feet), but there’s a significant amount of cover in the water at 918, 919. That makes a dramatic difference in where the fish will be located. It really needs to get down to 916 for that cover to be out of the water.”

The Rock is Firmly in Post-Spawn

As was the case at Stage Five Smith Lake, the Bass Pro Tour field will arrive on Table Rock in the post-spawn. That will likely translate into fish being around gravel points and brushpiles located near spawning pockets and flats, and there should be both deep and shallow bites.

“Fish are definitely starting to transition, so we’re going to see a lot of different things work,” McClelland says. “We could be catching them flipping bushes, or deep on a drop-shot. All of the events where I’ve done well at Table Rock were about a month earlier, in pre-spawn, so this is definitely one of the times of the year where I haven’t spent much time on the lake. I’m very comfortable with what sections of the lake should be the most productive, but the timing makes me feel like I have to look at a lot of the lake in practice to see if I’m right.”

McClelland describes the Table Rock fishery as “as healthy as I’ve seen it in a number of years,” an assessment that’s supported by Missouri Department of Conservation (MDC) electro-fishing surveys. According to MDC biologists, Table Rock’s year-class population average of all three black bass species (largemouth, smallmouth and spotted bass) has been “very strong” the past three years, and roughly 26 percent of the lake’s largemouth population is 15 inches and over (which means a healthy supply of 2-plus-pound fish).

“I think this lake could play from one end to the other,” McClelland admits. “It’s absolutely full of fish, there’s no denying that. The only negative is that this lake has been fished pretty hard the past few weeks – there was the Costa with 130 pros and co-anglers last week, and a couple of pretty big local tournaments. It’s seen a lot of pressure.”

MDC surveys show that largemouth are the dominant bass species in Table Rock, but McClelland is quick to point out that both smallmouth and spotted bass will come into play in Stage Six.

“I think there will be big numbers of fish caught, but not only largemouth – smallmouth could really play in this one,” he says. “I think a person could make it through a round on one individual species, but the guys who do the best will probably catch a mixed bag.”