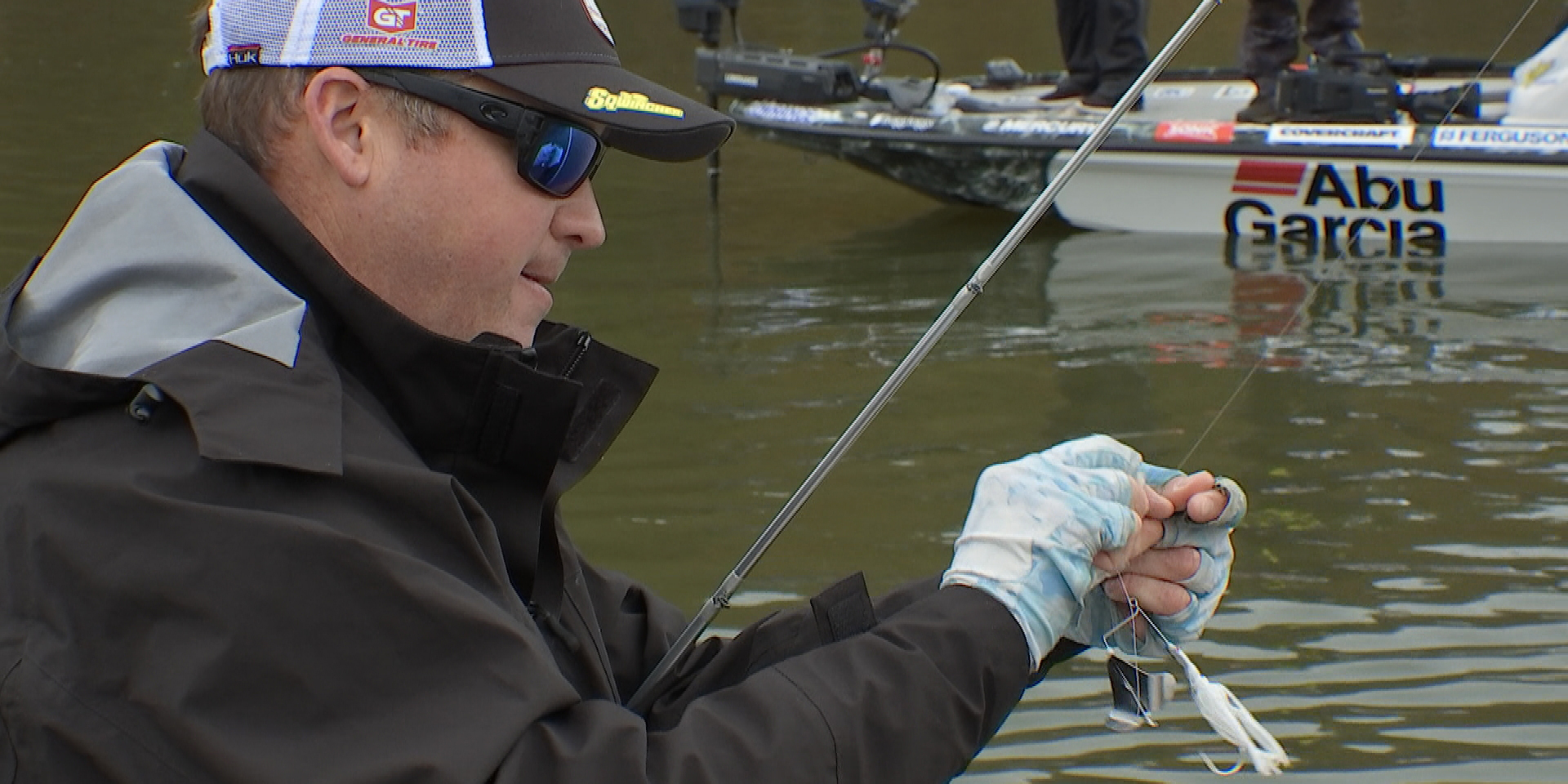 Cody Meyer was the second MLF pro to reach the 17-pound Target Weight with the help of a 20-minute flurry.

OSAGE BEACH, Mo. – The second Sudden Death Round at the 2020 Wiley X Summit Cup Presented by B&W Trailer Hitches sent nine more anglers to Lake of the Ozarks. The 17-pound Target Weight was again in effect, and Scott Suggs was the first angler to advance.

Cody Meyer, Andy Montgomery, and Brent Ehrler followed Suggs to the Championship Round.

Many anglers in the field at the Summit Cup had never been to Lake of the Ozarks, or if they had, it was limited experience. That was not the case with Scott Suggs, who had plenty of knowledge of the lake and knew exactly what to look for.

“In the fall, the gizzard shad get on a certain type of black rocks and eat plankton. That’s what I always look for that time of year on Lake of the Ozarks,” Suggs said. “The water was a little higher than normal, so it was harder to see the rocks, but I knew where some of them were.”

Suggs caught fish on a buzzbait and squarebill and quickly raced out to a lead and became the first angler to hit the target weight to advance to the Championship Round. He ended up with nine bass for 19 pounds, 10 ounces.

“Normally, in the fall, we clank a buzzbait against those rocks because they are so shallow, but this time the water was a little higher than normal,” Suggs said. “I chose a squarebill since the rocks were in 2 to 5 feet of water.”

According to Suggs, the key areas were swings where the bank would start to flatten out and he shared that this helps congregate both bass and baitfish.

He opted for a balsa W.E.C. E-1 squarebill crankbait in the Splatter Back pattern. He fished it on a seven-foot medium-heavy Abu Garcia Veracity crankbait rod paired with a 6.4:1 Abu Garcia Revo Premier. He spooled the reel with 12-pound Berkley Trilene 100% fluorocarbon line.

For the buzzbait, he chose a locally made 3/8-ounce black bait that he fished on a 7′ medium heavy Abu Garcia Veracity rod paired with the same reel he used for cranking. His line of choice was 30-pound Berkley X5 braided line.

While he caught an even number of fish on both the buzzbait and squarebill, Suggs said the square bill was vital for advancing so quickly.

“All of the bigger fish that round came on the squarebill,” said Suggs, whose biggest bass was 6-pounds even and greatly helped the cause. “The main thing was just how familiar I was with the lake and fishing it that time of year.”

California’s Cody Meyer started slowly with just one bass in Period 1. His total going into Period 2 was just 1 pound, but things began to turn around for him as the day went on. At one point, he landed four scorable bass in just 20 minutes and ended the day as the second angler to hit 17 pounds.

He finished the day with nine bass for 18 pounds, 1 ounce, and the majority of those bass fell for a buzzbait cast underneath overhanging trees and right along a chunk rock shoreline.