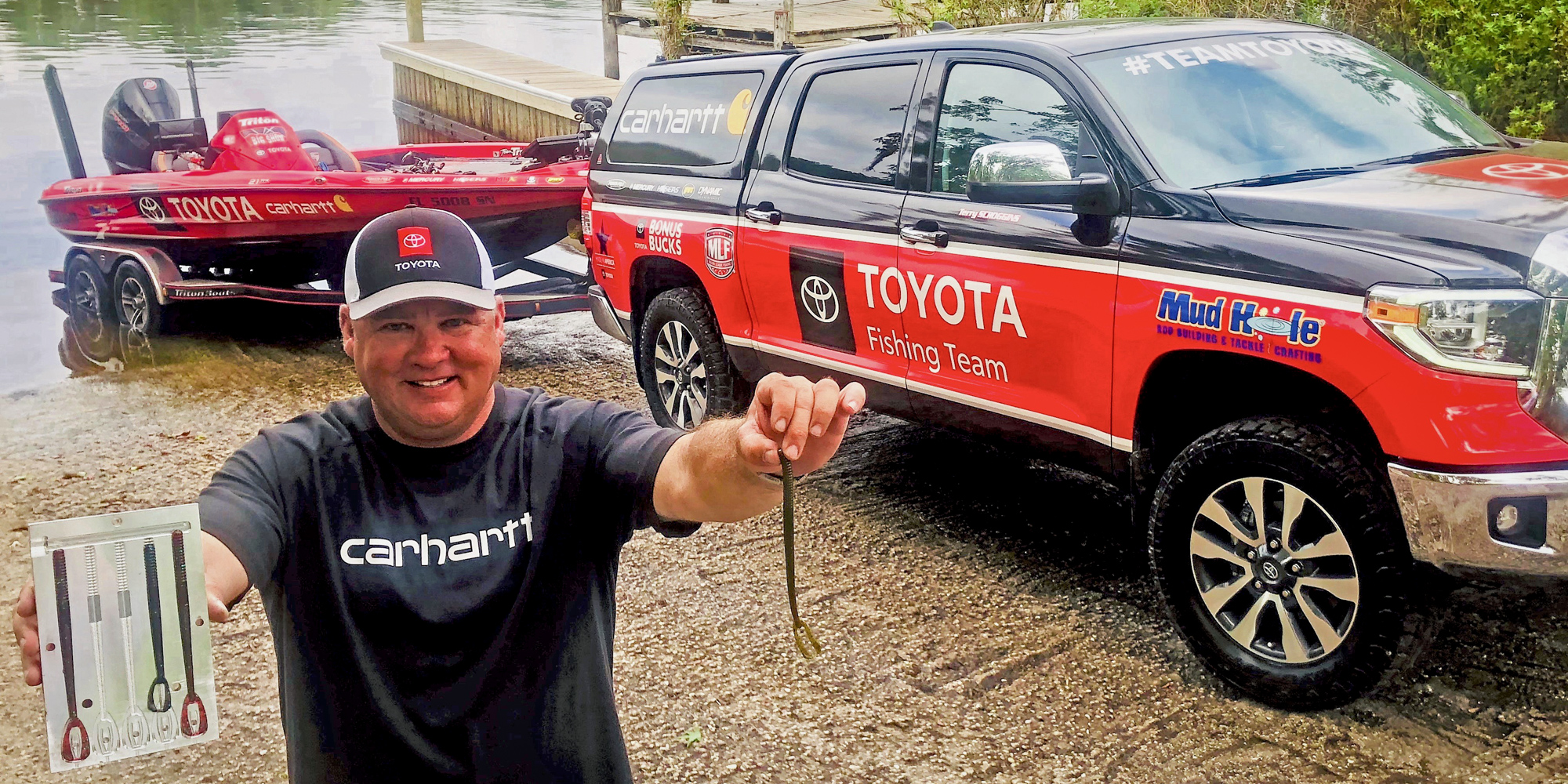 Toyota pro Terry Scroggins has long been nicknamed “Big Show” – a name given to him by a boat mechanic near his home waters of the St. Johns River – when Scroggins was winning darn near every derby held on the famous northeast Florida waterway.

Just as fitting, however, might be the nickname “Terry the Tinkerer.” The highly likable pro can’t stand not using his mechanically talented mind and hands to improve an existing lure, or better yet, build an original of his own.

Scroggins’ “Kicker Tail” worm – created in a side room of his garage with the help of a mold maker from Michigan – provides fascinating proof of Scroggins’ talents. It’s also growing quickly in popularity.

“My buddy from Michigan is a mold maker, and I guess you could say I’m a mold tinkerer,” says Scroggins. “He came down to visit me, and one evening after taking him fishing, I got to experimenting with two worms I melted together. We saw how good the action looked in my swimming pool, so he went home to Michigan, cut me a mold for the 5.5-inch Kicker Tail, and I caught 25 pounds of bass using the very first round of prototypes – that’s how the Big Show Kicker Tail was born.”

Not only has Scroggins done well with the creation, but other anglers are now posting their Kicker Tail tournament catches on social media too, and thanks to a retail distribution agreement with Stanford Baits, the “Big Show Kicker Tail Worm” is now widely available at retail.

Available in three sizes and a dozen colors, Scroggins says if he had to pick only two colors, he’d use green pumpkin in clear water and red bug in heavily stained water. But the versatility of the lure is what makes it such a great creation.

“I can flip it in lily pads rigged Texas-style with a 1/4-ounce weight, drag the 9-inch version on a deep ledge in summertime, use it Neko style, or probably most popular, is simply throwing it on a shaky head,” says Scroggins.

Versatility and proven success will obviously continue to spur retail sales, but the fun and soulful rewards Scroggins has already experienced thanks to his creation are very strong too.

Through cooperation with Toyota, he supplied 12,000 free worms to all participants at the 2018 Toyota Bonus Bucks Owners tournament on Table Rock Lake.

If that wasn’t generous enough, again with support from Toyota, Scroggins and decorated soldier Dakota Meyer gave all active and former military members a free bag of “Kicker Tail” worms at the 2019 Bassmaster Classic in Knoxville.

To know Scroggins is to realize his unbelievably generous heart. So while his tinkering hands created a big bass catching piece of soft plastic that will put more fish in your boat, and perhaps a few more dollars in his pocket– trust me, “Big Show” will always be more focused on making people smile, more so than making the next buck for his bank account.