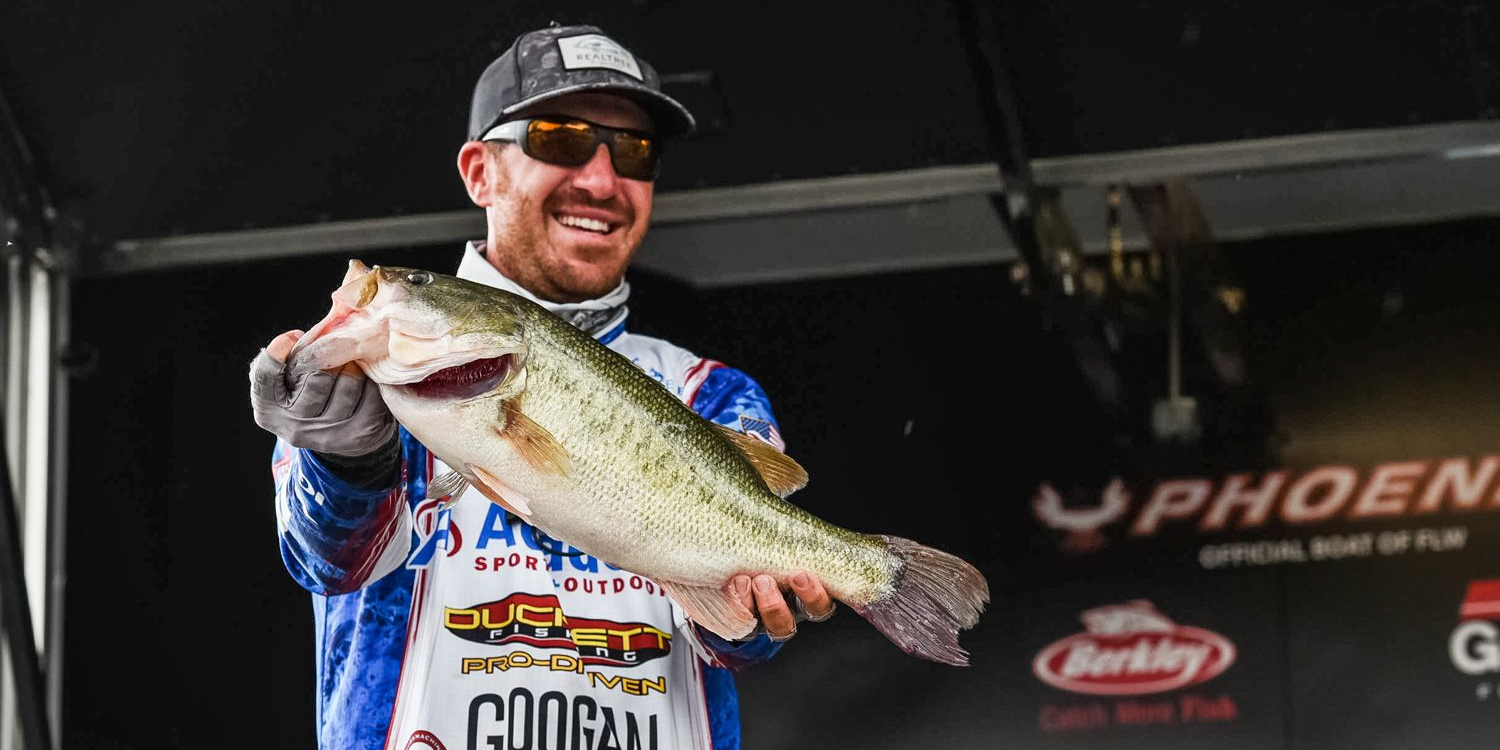 Jacob Wheeler's 8-pounder in the last half of the day secured his win in the FLW Pro Circuit Super Tournament on Lake Chickamauga. Photo by Charles Waldorf

DAYTON, Tenn. – If ever there was a counterargument to the belief that there’s such a thing as a “home lake curse,” Tennessee pro Jacob Wheeler can make it. Loudly.

And after leaving Dayton Boat Dock and the FLW Pro Circuit stage Friday with the winner’s trophy in one hand and a check for $125,000 in the other, who can argue against him?

Wheeler sacked up 21 pounds, 6 ounces of Lake Chickamauga largemouth Friday in the final day of the first-ever FLW Pro Circuit Super Tournament to cruise to a 12-pound victory. It’s a memorable win on a lake that the Indianapolis native moved to East Tennessee three years ago to learn better.

“I can’t express how much it means to me to be right here,” said Wheeler, who finished the event with 93-12. “To have my family here, my best friends, I just have so many great people here. I’d never won an FLW regular-season event before. This was a Super Tournament, but this was on my checklist. I’ve won BFLs, won the All-American, but this means the world to me.”

Wheeler Made it Happen

Wheeler’s exhaustive knowledge of locations on Chickamauga – and the tiny adjustments necessary to convince fish to bite on this highly pressured reservoir – ultimately made the difference on a Championship Friday that was first delayed by fog, and then slower than the previous three days of competition.

As seen on FLW Live, Wheeler transitioned from spot to spot, slowly building a five-fish limit in the low teens by noon to keep Jason Reyes and Cole Floyd at bay. But with roughly an hour of fishing time left in the day, the Rapala pro connected with the kind of difference-maker that has distanced him from the field three of the four days of the tournament: an 8-pounder that all but guaranteed him a win on his home lake.

“I put more (practice) time into this event than any other event I’ve ever fished,” Wheeler admitted. “Timing is the biggest thing on the TVA lakes – you have to know how to rotate baits and change up your angles. A Rapala DT20 in Citrus Shad was big for me. When the fish first get out on the ledges, a harder-thumping bait can be a key, but when they get pressure like these fish are, you throw (the DT20) in there. It has a little more subtle action that triggers bites.

“I caught a few fish on a hair jig, some on a worm. There was no single ‘magical’ bait. You have to rotate and switch it up (on the Tennessee River), and I fell like I’ve started to dial that in.”

Check back this evening and tomorrow for detailed information about Wheeler and the Top 10’s key baits and patterns.