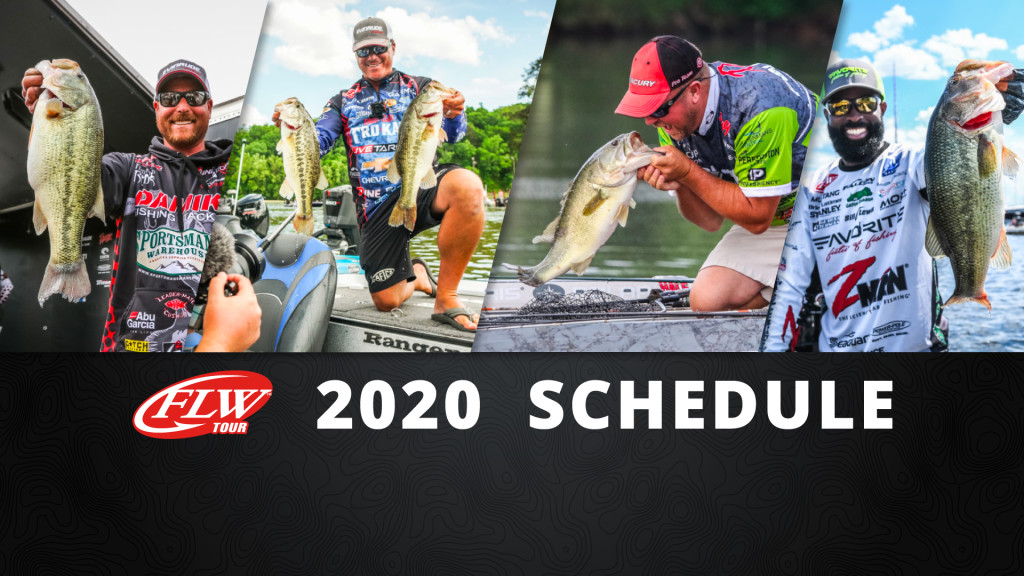 FLW announced today its regular-season schedule for the 25th season of the FLW Tour, which kicks off in January 2020. The schedule was revealed to anglers and media at the annual pre-FLW Cup banquet in Hot Springs, Ark.

The 2020 FLW Tour will feature seven regular-season tournaments showcasing the best anglers in the world competing at top bass fisheries at peak times.

Hosted by the Alexander City Chamber of Commerce

Hosted by the Jefferson County Chamber of Commerce