A Tribute to Irwin Jacobs 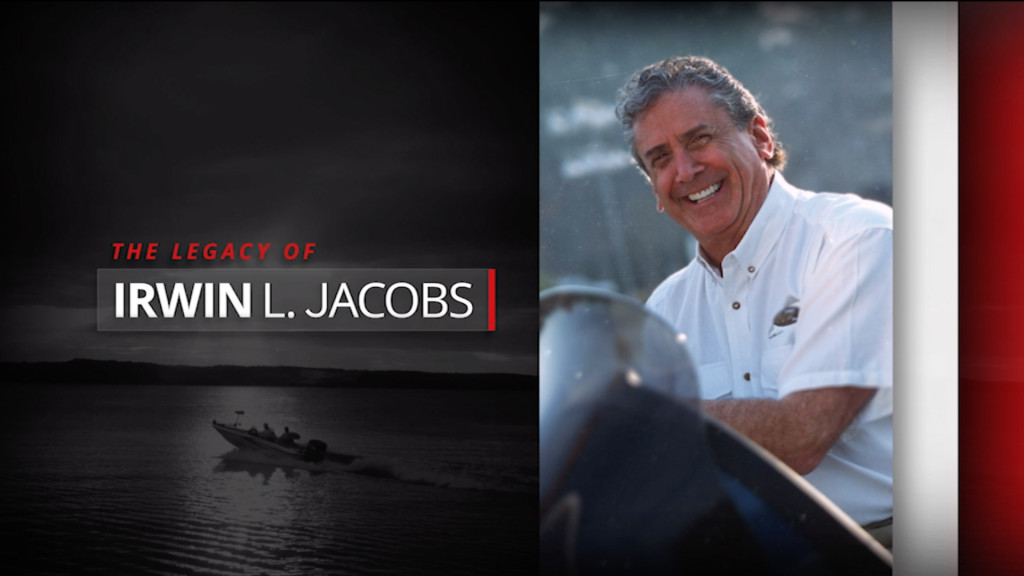 The history of tournament bass fishing has been shaped by individuals who dreamed big dreams. Ray Scott, a former insurance salesman, had the initial vision for what competitive fishing could be. Mike Whitaker, founder of Operation Bass, was an electronics salesman and high school football coach from Illinois who reinvented tournament fishing by offering affordable, professionally run, close-to-home events for grassroots anglers. Forrest L. Wood, who founded Ranger Boats, understood the promotional potential of bass fishing and the value of the angler endorsement as he not only built a world-class brand, but supported some of the sport’s earliest stars.

Their dreams helped push the sport forward. But perhaps the biggest push came in the late 1990s, when Minneapolis businessman Irwin Jacobs invested in bass fishing by purchasing  Operation Bass and recasting it as FLW with a complete hierarchy of tournaments.

Jacobs’ dreams were bigger. Bolder. He saw bass fishing’s potential to reach beyond the traditional fishing consumer and to the masses. Through his corporate savvy and hard work, Jacobs manifested a new era of professional bass fishing where anglers became household names, represented major national brands and competed for enormous payouts.

Sadly, the sport also mourned together in April when news broke of the tragic passing of Irwin and his wife, Alexandra.

Irwin created a Jacobs family legacy of leadership and success within the fishing industry alongside his daughter, Trisha Blake. It’s a legacy that FLW is proud to share through this video tribute to its late chairman.