Why You Should Crank Current Breaks Now

Bass are feeding hard before the coldest months, and a plug is a great tool to catch them 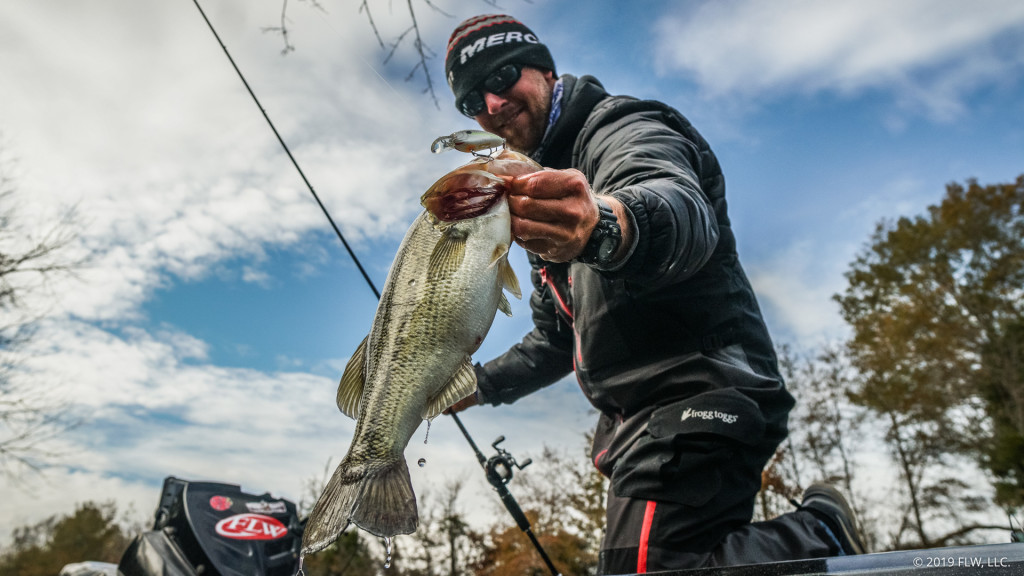 It’s been an unusual fall for FLW pro Ryan Salzman, who guides on the reservoirs of north Alabama when he’s not touring the country fishing tournaments. The recent and sudden change from mild late-summer temperatures to what feels like the throes of winter has caused the bass where he lives, particularly on Wheeler Lake, to sort of skip a step. Instead of following shad into the backs of creeks, the bass are hung up on the main lake close to deep water.

“It’s almost like a wintertime pattern already,” Salzman says. “It’s kind of interesting. Because it’s been so hot and then so cold, the fish kind of got into the mouths of the creeks this year and never fully pushed into them. The majority of the bait is on the main lake on every lake in Alabama. The water temp was falling so quickly that the back bays were too cold, so the most stable water is on the main lake.”

Salzman has had to adjust during recent guide trips. Instead of throwing topwater and spinnerbaits on the flats in the creeks, he’s throwing crankbaits on main-river eddies and current breaks. The nice part about it is, although the fish could relocate any day if the region suddenly warms up, the technique Salzman is using now is a good starting point for the rest of the year. 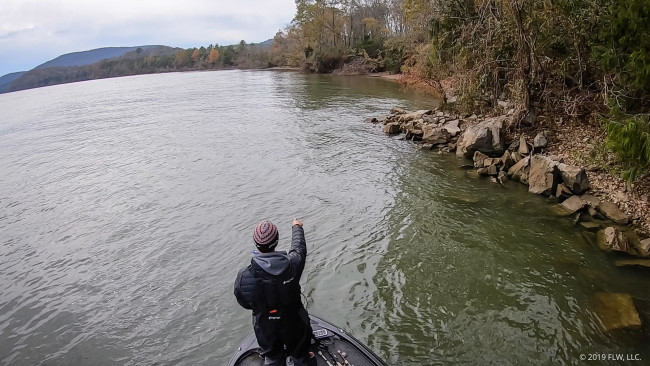 Salzman’s most recent guide trip on Wheeler produced a nice mixed bag of spotted bass, largemouths and smallmouths, plus some white bass. His clients caught them from eddies and current breaks on the flats in the river-like upper portion of the lake. Those fish are there for one reason: bait.

“The baitfish are going to pull up into these same areas to get out of the current,” Salzman says. “On a river system, all life will hang out in these areas because it’s where it’s easiest to live.”

The current breaks can be in the form of a small slack-water area behind a boulder or stump, a back eddy behind a channel bend or a stretch of flat out of the heaviest flow. But all will be near deep water (Salzman’s boat might be in 20 feet, while he’s casting into 1 to 8 feet).

The eddies are Salzman’s primary targets, but where he fishes depends on the current, as eddies change daily based on the flow. A lot of the search is visual. Look for the swirling flow of an eddy crashing back into the bank or the slack water that forms behind where the current is deflected back toward the channel.

“I’m looking anywhere there’s a swing in the river or turn in the lake; anywhere that current can crash into the bank and create an eddy on the backside of the turn,” he says. “Those fish will sit in those holes where the water turns. There’ll usually be a flat after that turn.

“It [Wheeler’s water level] is down 4 to 5 feet for winter pool now,” Salzman adds. “We have a lot of flats with turns in the river. Wherever those eddy pools are, and whatever kind of structure is in that pool, whether stumps, shells or rock, that’s what they’ll relate to.”

Other easy targets to look for are bridges and causeways that block some of the flow, or prominent points that deflect the current. 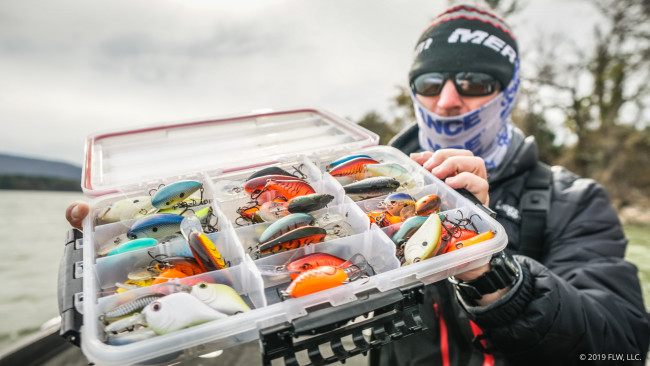 This is crankbait season in the Tennessee Valley. In fact, Salzman will be tossing crankbaits for the rest of the season.

Two of his favorites on the shallow river flats are the SPRO Little John MD, which dives 7 to 9 feet, and the Rapala DT-6. Later in the year, he’ll mostly throw red and other craw patterns, but he’s had good luck recently with both craw and shad patterns.

“Those baits will catch fish all year, but they really shine once that water is between 65 and 50 degrees,” says Salzman, who reports water temps in the mid-50s on Wheeler right now. “It’s not a really tight wiggle but it’s not aggressive.”

When the fish are set up on eddies on the flats, it’s possible to get multiple bites out of one area by making repeated casts. Likewise, there can be vast slack-water areas where it’s necessary to work through a big stretch and try to make contact with whatever cover is there. 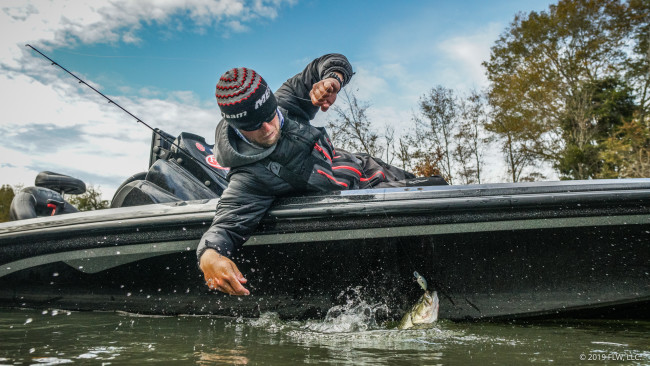 Slowly bumping a crankbait along bottom on a winter afternoon is a fun way to catch a stringer of bass. Technically, we’re not quite that far along on the calendar yet, but according to Salzman the pattern is already working. Just be ready to adjust. If the temperature stays well below freezing at night in the coming days, the cold could cause a shad kill, and a jerkbait or swimbait might be a better choice. And if it warms up, the shad and bass could move to the bays.

In the meantime, grab a diving plug and sling it around because there’s not much better than a big cold-water bass choking on your favorite crankbait.