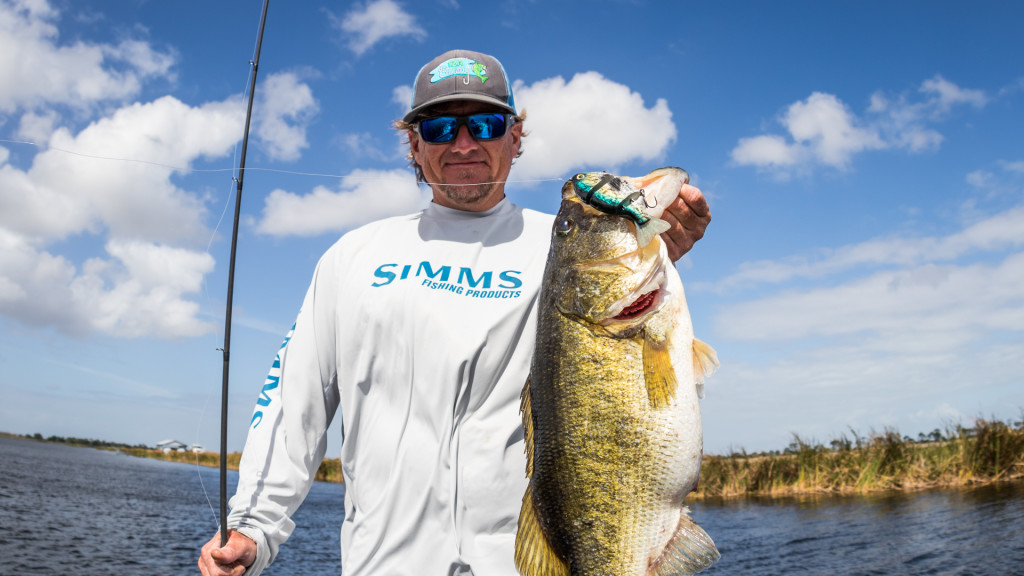 In his time guiding in Florida, Brent Anderson has learned a lot. From adding standard Florida techniques to his arsenal to adapting his topwater program to the Sunshine State’s bass, he’s intentionally broadened his horizons a fair bit. Picking up big swimbaits was a bit of an accident.

“I had a man and his son come down last year for the kid’s spring break,” says Anderson. “I think he was 11 or 12, and he was a hard swimbait collector, and he’d gotten a bunch for Christmas. So, halfway through the day he wanted to try some of his baits.

“He tied one on and made like three casts, and one followed it up. Two casts later, he hooked one, like a 7-pounder, and it jumped and broke his line. Then he tied another one on and ended up catching three or four 6-pounders on it. So, that’s how I got started.” 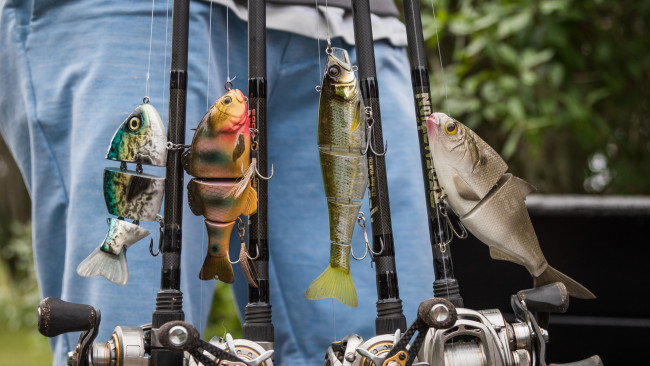 Big swimbaits have a unique drawing power, but they also have a tremendous ability to imitate the actual forage present. When Anderson set out to build his swimbait collection, he branched out from his Tennessee River staples to try to imitate crappie, shiners, shad, bluegills and cichlids.

To imitate big shiners, Anderson settled on the Jackall Gantia. For bluegills and cichlids, he went with a Jackall Gantarel. He chose a Rugged Thumbs Crappie Joint as a crappie imitator and rounded things out with a line-thru gizzard shad glide bait made by Rod Hallman. 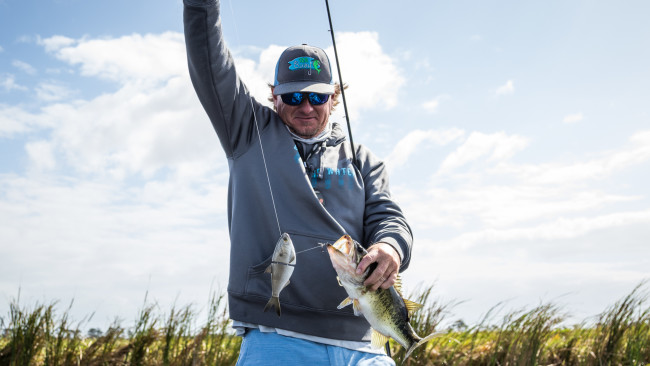 Throwing his swimbaits mostly in private water, Anderson has had a lot of opportunity to dial in the best conditions.

“It seems to be a spawn to postspawn deal, but water clarity is the biggest deal,” he says.  “When the water gets up in the 70s and it’s clear, that’s when I’ve thrown it and had luck throwing it. If the water is 75 and clear, I can guarantee somebody can catch them on those, because I have people call and ask because they want to do it.”

Of course, Anderson has experimented in the rest of Florida, and he’s caught some on the Gantia at Kenansville. But he hasn’t fished too many other places that he feels offer the right conditions.

“It’s not really set up for it at Kenansville. There is just too much grass there,” says Anderson. “Usually, when something works here, it works other places in Florida. It’s not like we have special fish that will eat anything. I just need to find the conditions.”

With your water temperature and clarity in line, you still need room in the water column to work the bait. Anderson has discovered that simple and slow is the best way to work the baits, which means that a lot of tall grass makes it impossible to get a good retrieve in.

“I keep it off the bottom,” says Anderson. “You want that slow, tantalizing, seductive saunter. There’s another word that’s not as risqué, but I can’t think of it right now. 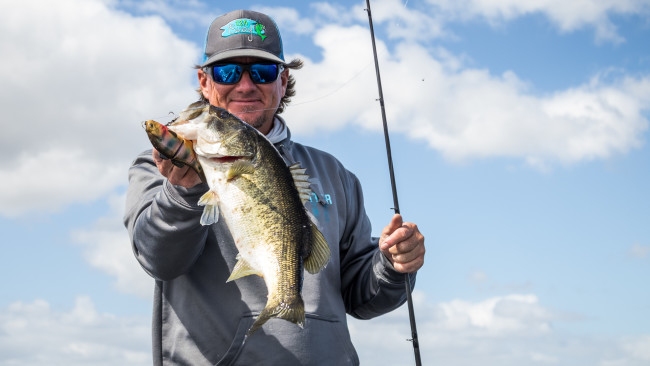 Fishing with big swimbaits attracts a certain kind of angler, and it seems to take a bit more commitment than usual to perfect. In his time in Florida, Anderson has gone from someone who had a few specific windows to pull big swimbaits out to someone likely to always keep a selection in the boat.

“[When guiding on the Tennessee River] I never found a window that fit for me on this big hard bait and glide bait stuff,” says Anderson. “But now, with what I’ve learned here, I will definitely have confidence to try some of that stuff if the conditions are right. I was gonna try it at Dale Hollow had the Toyota Series event happened this spring. I think I’ve got the confidence down here that I will always carry some in my boat now, and if the conditions are favorable, I’ll give them a try.”