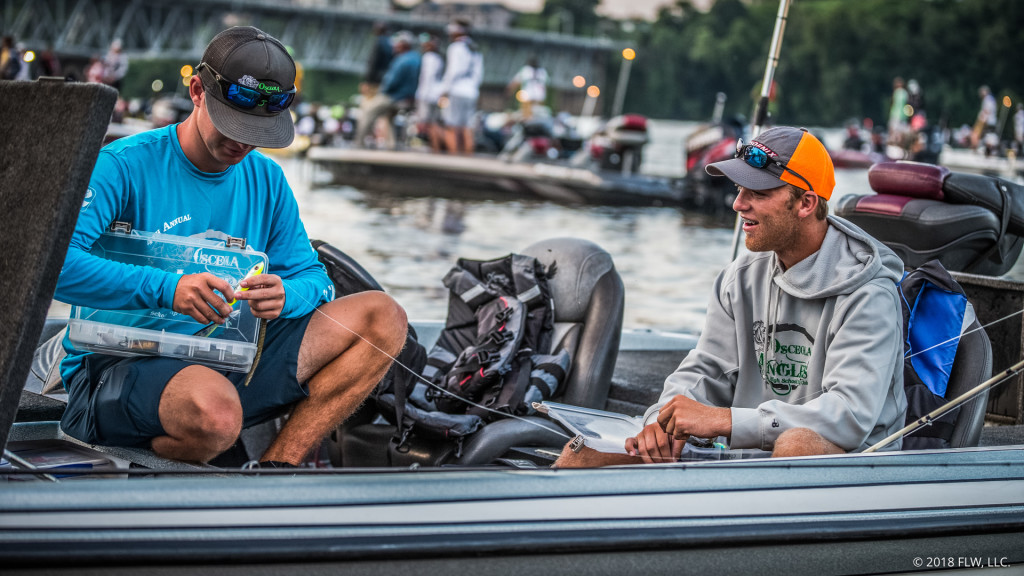 Presented by The Bass Federation and FLW, these overlapping events will comprise teams made up of two high school anglers and a boat captain responsible for vessel operation. All participants are automatically entered in the World Finals’ invitational format, while National Championship competitors have qualified through various sanctioned events.

“This event brings together anglers from all over the country, and it gives our National Championship anglers the opportunity to fish in two prestigious events in the same week,” Ellison says. “Those who’ve qualified for the National Championship will compete for this title, but if they make it to that final day, they have the opportunity to fish the High School Fishing World Finals and compete against the best anglers in the United States and abroad.”

Ellison anticipates a turnout similar to last year’s field of 380 teams. The field will include high school teams from throughout the U.S., as well as several international teams from as far away as Zimbabwe

“This is the first time we’ve had a team from ‘across the pond’ to compete in this event,” Ellison adds. 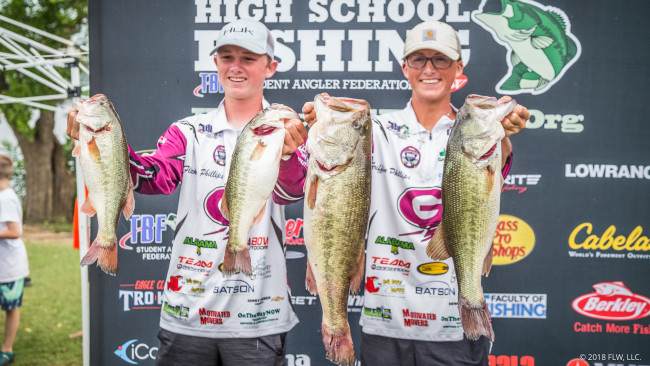 The dual event format begins with two days of full-field competition for both tournaments. While all participants are included in the World Finals event, weights are tracked separately for those also competing in the National Championship.

Two-day totals determine a top-10 field for the National Championship’s final round, from which a winning team is determined by the heaviest three-day combined weight. Both members of the National Championship-winning team receive either a $5,000 scholarship to the school of their choice, or a four-year $40,000 scholarship to Kentucky Christian University.

All 10 National Championship finalists automatically advance to the World Finals championship round of 31 teams. Twenty more teams will come from the World Finals’ day-three semi-final and second-chance rounds, with the field completed by one team – not previously qualified – selected in a “Lucky Dog Last Chance” drawing to be held at Friday night’s dinner party.

Weights are zeroed for day four, as the final 31 teams compete for the title of World Finals champion. At stake are more than $2 million in scholarships and prizes, including laptops, gift cards, big screen TV’s, electronics, rods and reels, fishing tackle, and trolling motors. Boat captains will also receive prizes. 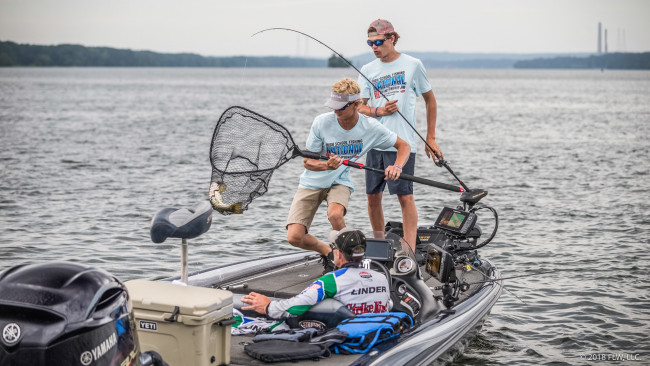 “There are some areas back behind Seven Mile Island where people can go back and fish some cypress stumps and some shallower bank grass,” he says. “If someone can figure out exactly how those fish are setting up shallow, they can probably catch them by flipping to the bases of those trees.

“The shallow fish tend to be more residential, so it’s kind of a feast-or-famine thing. You may catch them one day and not catch them the next because they’re not going to replenish. The biggest thing is the number of fish there, but riding shallow fish this time of year for four days is asking a lot.”

A key factor, Setzer says, will be how much grass survived the heavy current from voluminous winter and spring rains that impacted the entire Tennessee River system. High water and subsequent current velocity can knock down existing grass and new growth, but Setzer says the team that finds the right patch could find less-pressured fish.

“I think the team that’s going to come out with the win will figure out something offshore; whether they have one school that they can sit on or multiple schools that they can rotate through, it’s going to be pretty much a ledge deal,” Setzer adds. “The ones who are able to get to those places and catch some of those fish are probably going to be the ones that walk away with the win.”

Noting that the entire lake could be in play, Setzer says success will depend largely on the TVA’s current generation schedule. If there’s only a small window of peak current, teams could have to fish around to grind out bites wherever they can until their main deal gets right. Conversely, if the TVA pulls a lot of water, it could spark fireworks.

“The more current, the better because it sets those fish up right,” Setzer says. “If you have the right amount of current, it will suck the fish down to the bottom and put them where anglers want them to be. When they’re down there on the bottom, they’re feeding.”