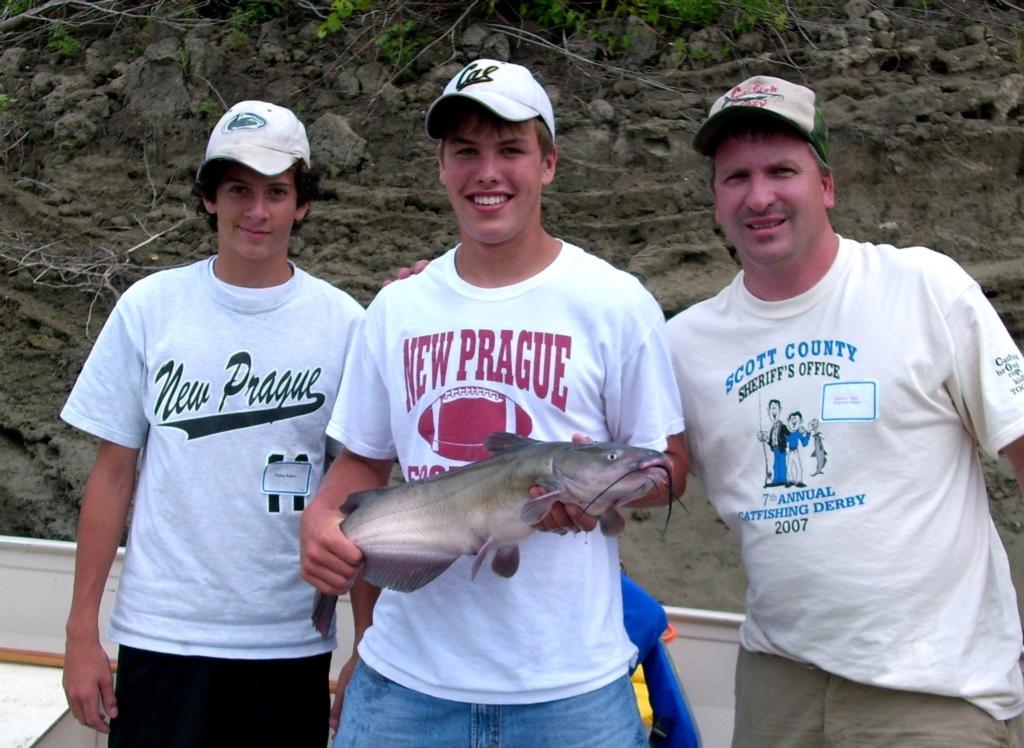 JORDAN, Minn. – All too often an adolescent’s first encounter with a law enforcement officer is a negative one. But not for kids in Scott County, the fastest-growing county in the state of Minnesota, located some 45 minutes southwest of Minneapolis. Youth in Scott County are meeting cops in a boat, not on the street.

Started in 2001, the Scott County Sheriff’s Office Catfishing Derby is one step in a proactive approach of connecting local law enforcement to area kids. Organizers term it “community policing.” In other words, it’s an opportunity to get youth outdoors and to introduce them to one of the nation’s favorite pastimes: fishing.

But the type of fishing they do is unique. This isn’t bass fishing for $1 million or enduring 30-mile runs on treacherous Lake Erie. These kids, ages 12 to 16, get their hands dirty on the Minnesota River in search of bottom-dwelling catfish. The event, which pairs two teens in a boat with one cop, is held each year on the first Monday in August. Takeoff is at 7 a.m., and all participants make their way back to the Scott County Fairgrounds for a barbecue and an awards ceremony at 3 p.m. 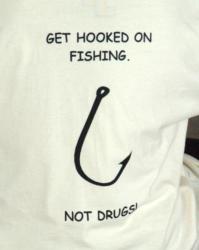 Because of logistical restrictions, the maximum number of kids the derby can accept is 50. That number was reached in less than a week after registration opened – and for good reason, as each kid left with an assortment of fishing gear that included a rod and reel combo, a Stearns life vest, a Yamaha cap and a T-shirt that read, “Get hooked on fishing, not drugs.” Even more prizes were given away through a raffle, the best being a multilevel tackle box filled to the brim with line, jigs, bobbers, crankbaits, spinnerbaits, etc.

So what’s the cost for a youngster to partake? Entry into the derby is absolutely free. All that is needed is a positive attitude and functioning forearms, because catfish in the Minnesota River can get pretty heavy. Just ask Shakopee teen Jeff Doege, who caught the biggest fish of the day, a 35-inch channel cat that weighed approximately 20 pounds.

Scott County Chief Deputy Dean Opatz is the creator of the annual catfish derby. Opatz is an accomplished fisherman himself, having caught a 66-pound blue catfish, a 48-pound flathead and 32-pound channel in the same year. That feat is considered the grand slam of catfishing, one of the highest honors a river angler can achieve.

In addition to establishing a relationship between law enforcement and the community, Opatz said he wanted to show kids that cops are people just like everybody else.

“When we first started, we had about 15 or 20 kids,” said Opatz, who has since delegated the 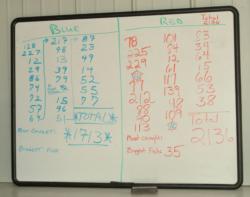 organizer’s role to coworker Mark Hartman. “We now have 50 kids, and we’re looking for ways to accommodate more. We’re really proud of our growth, because if you look at the statistics, today’s youth are not taking up the sport like they used to.”

Just as catfish are a little different from the bass or walleyes that are typically pulled out of Minnesota waters in tournament fishing, the format of the derby is a little out of the ordinary. Kids are put in one of two divisions: the Red Team and the Blue Team. Immediately after being caught, the fish are measured and quickly released to the river. This year, the Red Team accumulated 2,136 inches of catfish while the Blue Team garnered 1,713 inches. Unofficially, it was the best catch in the derby’s seven-year history.

If anyone doubts the impact the catfishing derby can have on a kid, he need only scan the ranks of Shakopee’s battalion of blue for evidence.

Travis Goerish, 22, works full time with the Shakopee Police Department. He’s been volunteering as a boat captain at the catfish derby for the last six years, but he first participated in the event as a kid. It was on the grimy waters of the Minnesota River that Goerish developed a passion for both catfishing and law enforcement. 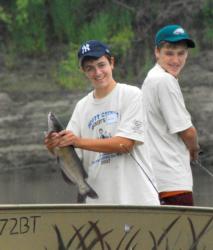 “My first time out, I kind of got hooked on catfishing,” he said. “It’s a different kind of fishing. I was 15 years old when I first fished this. I didn’t really think about it at the time, but it was a chance for me to see what police officers are like outside of the job.”

Now a patrolman, Goerish is trying to provide today’s youth with the same positive experience he received.

“The highlight of the day in our boat was a 27-inch flathead. The kids said they had a blast.”

Whether Minnesota law enforcement can expect any more future recruits as a result of the derby remains to be seen. But one thing is certain: Many area kids enjoyed a day of fun in the sun while getting to see cops in a different light and being introduced to the wholesome sport of fishing.

For more information on the Scott County Sheriff’s Office Catfishing Derby, contact Mark Hartman at (952) 496-8726 or via e-mail at [email protected]