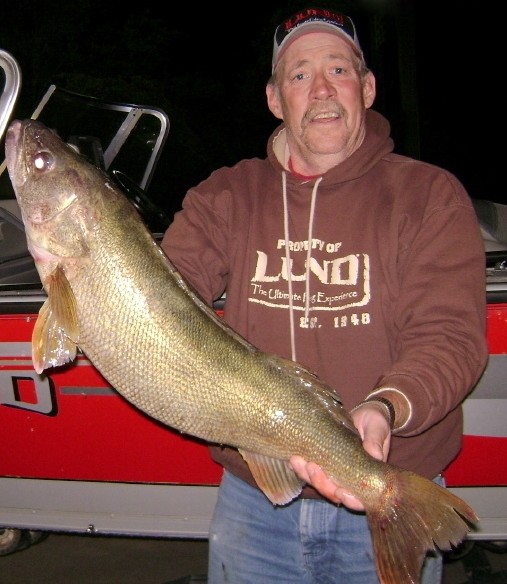 The night of Saturday, Oct. 10, proved to be an appointment with destiny for walleye angler Mike Chupa of Twin Falls, Idaho. Fishing Lower Goose Creek Reservoir near Oakley, Idaho, for only the second time, Chupa caught a new state-record walleye, certified by Utah Fish & Game at 17 pounds, 12 ounces – a full 6 ounces larger than the standing state record.

Lower Goose Creek, also known as Oakley Reservoir, was an unlikely candidate to produce a new record, since it’s largely off the radar screen among walleye devotees. Larger Salmon Falls Creek Reservoir, home of the former state record, is considered the best of a handful of walleye lakes in Idaho. Lower Goose Creek, by comparison, is a relatively small, high desert irrigation impoundment that’s only about 1,350 acres and between three to four miles long. For the few who are aware of Lower Goose Creek, it is best known as an ideal jigging environment where anglers can routinely net quality catches in the 2- to 4-pound range during the day.

Intriguingly, Chupa was fishing for the first time with John Harrison, an angler he’d competed against in numerous regional walleye tournaments. Harrison is primarily a jigger while Chupa prefers to troll crankbaits – a strategy which helped him score recent victories in the Oregon Governor’s Cup on Lake Umatilla on the Columbia River and in the Idaho Walleyes Unlimited Tournament on Salmon Falls Creek Reservoir in 2009. When Harrison expressed an interest in learning to “pull baits,” 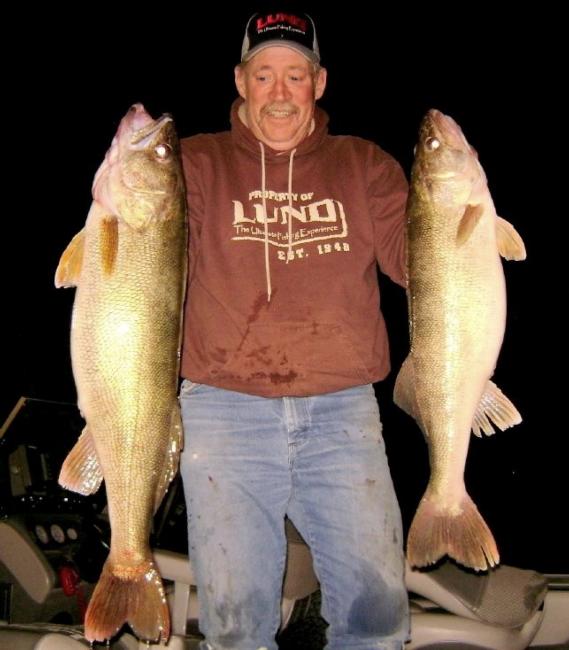 Chupa suggested they get together and try Lower Goose Creek after dark. Ironically, that evening would be the first time Chupa was ever on the lake after nightfall.

“We were trolling Original Storm ThunderSticks in perch pattern,” Chupa said, “focusing on steep-breaking shorelines with boulders. Perch are the predominant forage for smaller walleyes, which tend to be kind of skinny until they reach about 24 inches. After that, I suspect that the larger walleyes take a liking to eating trout stocked by the state and put on the pounds.

Not to be outdone, Harrison ventured back to Lower Goose Creek with a different fishing partner the following Tuesday night and was rewarded with a 14-pounder. Not quite a new state record, but proof that “pulling baits” for big `eyes was no wild goose chase either.