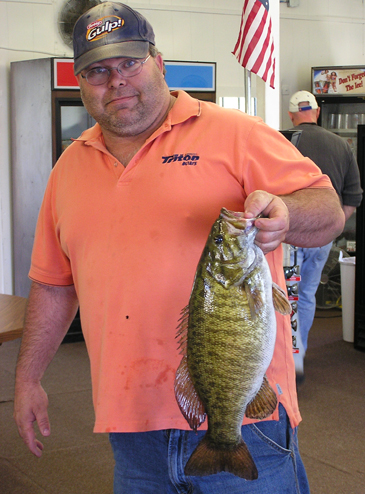 The 6.88-pound smallmouth bass caught from Milford Reservoir in Kansas in early April has been confirmed as a new state record. Frank Evans Jr. of Salina caught the bass on a jerkbait at about 1 p.m. on April 4. The previous state record, 6.64 pounds, also came from Milford. It was caught by Jason Heis of Salina in August 2004.

Evans’ bass was 21.5 inches long and had a girth of 16.5 inches. Kansas Department of Wildlife and Parks fishery biologist John Reinke confirmed the catch.