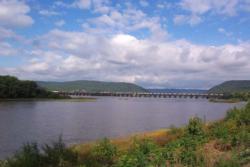 Pennsylvania fishery managers plan to tighten restrictions on the harvest of smallmouth bass in the famed Susquehanna River, citing a decline in the quantity and quality of fish in the waterway. Pollution and overharvest are blamed for the declining numbers of bass.

Bass tournament also will be affected by the ruling, as tournaments will be banned during the spring spawning season, and because of the catch-and-release restrictions, weigh-ins will not be allowed.

“What does tournament fishing have to do with poor water quality, disease and decreases in young of the year [bass], which is supposedly why the regulation was instituted?” asked Carlisle tournament angler Mick Schulkins at the meeting where the management changes were announced. “Also, I don’t think they have realized the impact that it is going to have on the economic side. They have just put the bait business out of business, the sale of tackle, licenses, gas, boats and motors. And the list could go on.”

Schulkins also noted that many organizations from fire companies and youth organizations to charity groups benefit from money raised through bass tournaments on the river.

“They [state fishery managers] have no data to support that tournaments have any impact on a fishery, since they have done no studies,” noted Schulkins. “And, if tournament fishing is the problem, how is it that the river at Sunbury and Williamsport, where there are three times more tournaments being held than Goldsboro and Harrisburg, has no problem with young of the year?”

Schulkins believes the new regulations will bring an end to most tournaments on the river because “paper [catch-and-release] tournaments are a joke and nobody will participate, other than small club tournaments.” He suggested that the Fish and Boat Commission could have employed alternatives to the restriction on tournaments, including special permits to “the good catch-and-release tournaments groups,” experimenting with the emergency regulations on a smaller area of the river and closing the season entirely during the smallmouth spawning season.