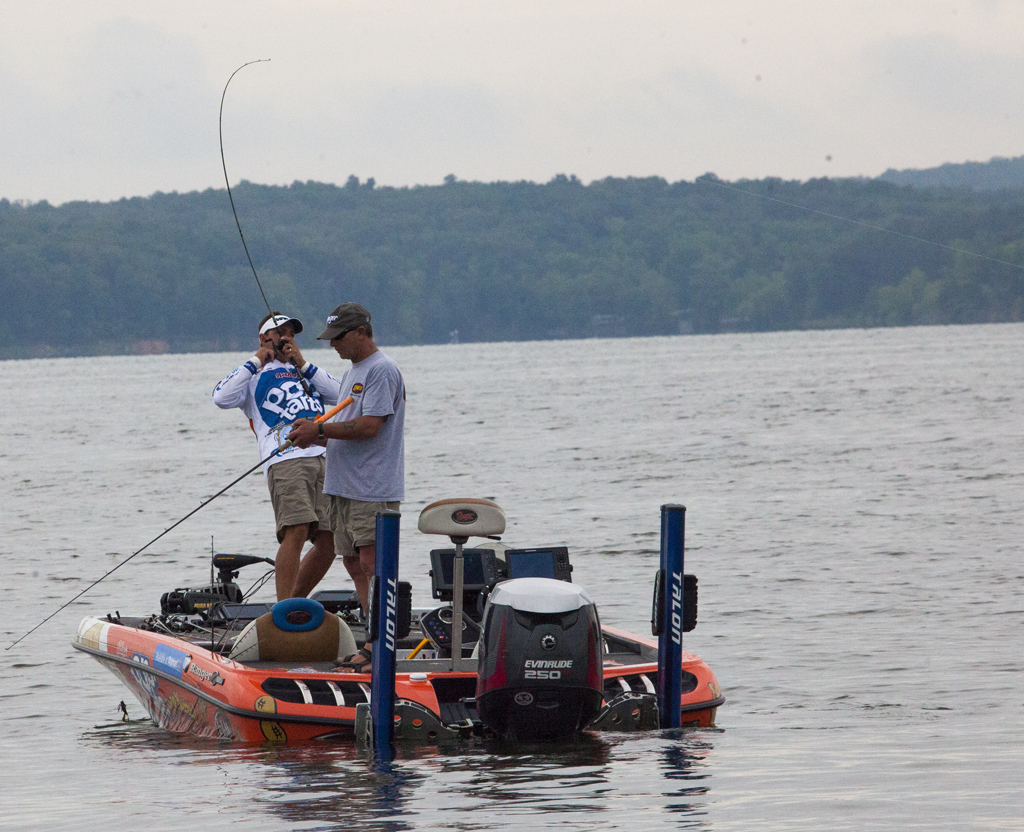 For the fourth year, Kellogg’s Pop-Tarts pro Greg Bohannan will don the hat of Tournament Director for the Everett Chevrolet Big Bass Contest on Beaver Lake. The tournament will launch from Prairie Creek Park Marina in Rogers, Ark., on Saturday, Oct. 4. From 7 a.m.-2 p.m., with 100-percent of the proceeds going to the EOA Children’s House in Northwest Arkansas.

“It’s an event that I started running about four years ago with Everett Chevrolet,” said Bohannan, a three-time Forrest Wood Cup qualifier. “We wanted to do something to give back to our community. We’re expecting around 300 entries, and 100-percent of the proceeds will be going to the Northwest Arkansas Children’s House. All of the money stays local, and we feel really good about being able to help out."

A new stipulation this year for tournament anglers – trash is also a requirement in order for their fish to be weighed.

“We’ve teamed with the U.S. Army Corp of Engineers to also do a Beaver Lake Clean Up along with our big bass event,” Bohannan said. “This is something the Corp does every year, but we also wanted to do our part to help clean up Beaver Lake. Every fisherman that brings a bass to weigh in has to bring a piece of trash in order to be eligible.

“It’s such a fun event,” Bohannan went on to say. “We feed everybody, and we’re live on the radio all day long. Somebody out there is going to make one cast and catch $5,400 on just a $50 entry fee. Anybody can get lucky.” 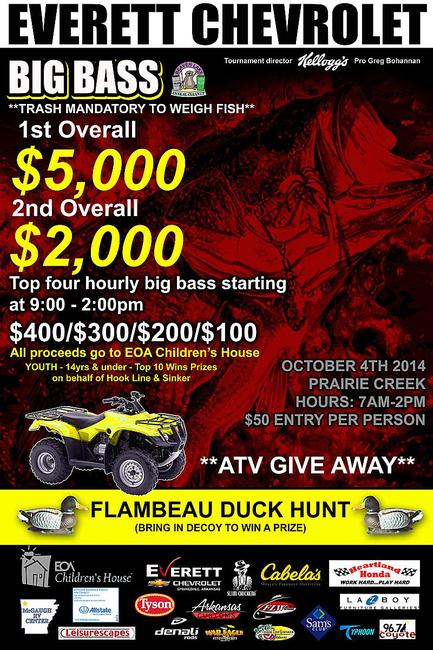