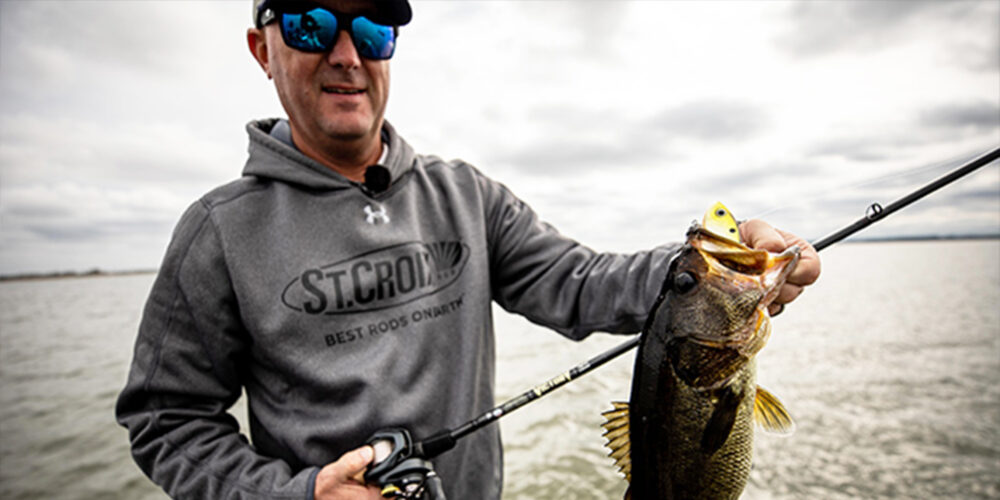 “Victory means being the best one particular week on one specific body of water… and holding the trophy at the end.”
March 15, 2021 • Josh Lantz • Industry News

PARK FALLS, Wisc. – Success at the highest levels of professional angling isn’t easy. Ultimately, it requires beating a whole lot of talented and highly skilled people who all have the same goal: holding up the trophy at the end of the week.

“Victory in competitive fishing means being the best over the course of one particular week on one specific body of water,” Grigsby says. “You’re competing at the highest level, and you have to beat everyone who has the same goal as you do in order to earn the right to hold that trophy at the end of the week. You basically have to dissect the lake, figure out what is happening at that particular time… that week, that weather pattern. Ultimately, you have to be the best at figuring out how to get the biggest fish to bite that week, then execute. That’s victory.”

Grigsby has earned a reputation as being the guy who’s always tons of fun to be around on tour. It’s part of what happens when you love what you do. “I’m proud of my longevity,” he says. “A lot of guys come and go. I’m not a great fisherman by any means… I do good in some, I do bad in others… but you need to have that overall consistency. This is what I love to do and it’s what I’ve always wanted to do. I’m not KVD; I still struggle. But for me to be able to do this for 19 years… that’s an important personal victory. I’m proud of that and I’m proud of my accomplishments.”

“It’s just amazing how St. Croix can keep coming up with better ways to make a rod,” Grigsby says. “I get it in my hands and it’s like, how did they get it better than the last one? They raise the bar every single time they come out with a new line… and they’ve definitely done it on this Victory Series. It’s great to be with a company that can consistently look forward. That’s another victory.

Headquartered in Park Falls, Wisconsin, St. Croix has been proudly producing the “Best Rods on Earth” for over 70 years. Combining state-of-the-art manufacturing processes with skilled craftsmanship, St. Croix is the only major producer to still build rods entirely from design through manufacturing. The company remains family-owned and operates duplicate manufacturing facilities in Park Falls and Fresnillo, Mexico. With popular trademarked series such as Legend®, Legend Xtreme®, Avid®, Premier®, Imperial®, Triumph® and Mojo, St. Croix is revered by all types of anglers from around the world.