Chapman Moves on to Sudden Death with Shotgun Round Win 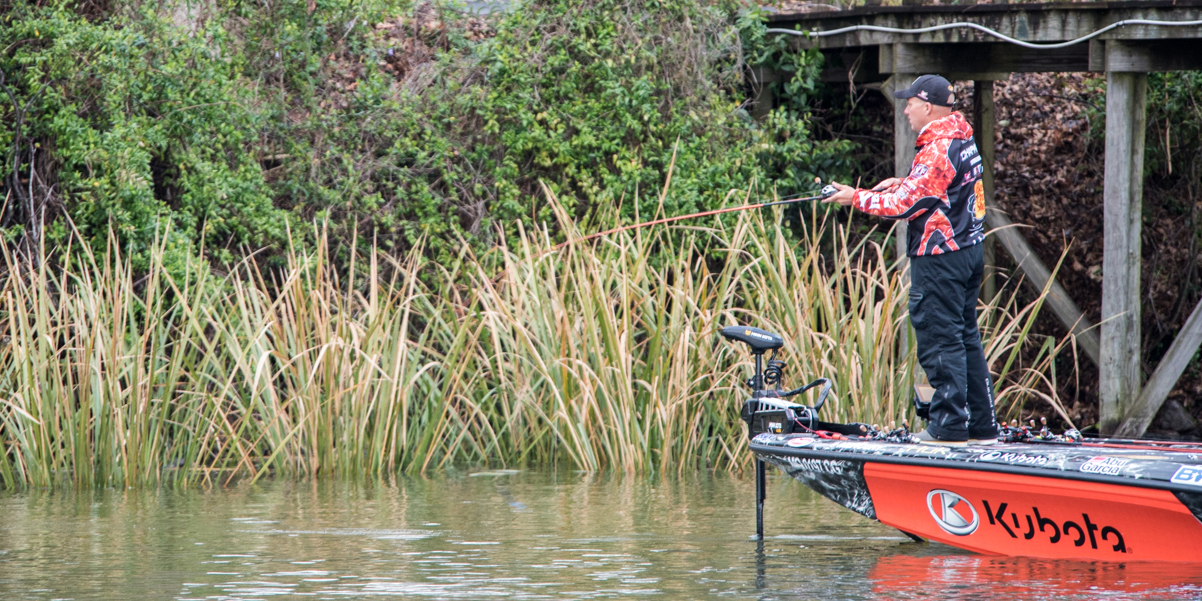 Brent Chapman took home the win in Shotgun Round 2. Photo by Garrick Dixon

VIDALIA, La. – A new group of six anglers set out on Lake Bruin in Vidalia, Louisiana for Shotgun Round 2 of the 2019 General Tire World Championship hoping to secure themselves a spot in the Sudden Death Round. Edwin Evers, Mike Iaconelli, Brent Ehrler, Brent Chapman, Skeet Reese and Jacob Wheeler experienced some tough fishing on a chilly and overcast day in eastern Louisiana.

Brent Chapman—in his first World Championship appearance—came away with the win in the round thanks to 13 bass for 13 pounds, 1 ounce and will be moving on straight to the Sudden Death Round with Takahiro Omori. As for the other five pros, their weights will carry over to their Elimination Round where only the top two will advance to meet Omori and Chapman.

The bites were few and far between on the oxbow lake, with only 15 fish caught in the first period for 29 pounds, 11 ounces. Brent Chapman started to get in a groove towards the end of the day that carried him to a win, but it did not come easy for him early on in the day.

“It was definitely a grind of a day,” Chapman said of his fifth-place standing at the end of Period 1. “I started off really slow with only two fish in the first period, so I really had to adjust my gameplan going into the second.”

Chapman had a variety of baits on his deck during the second period, but one in particular proved to be the difference maker for his day.

“I picked up a vibrating jig and got a bite about 30 minutes into that second period,” Chapman recapped. “About 10 minutes after that I got bit two more times on it. When you get three fish in a row on a particular bait, you know you’re dialed in. I knew that if I could just stick with that bait and cover water, I could carry momentum into the third period.”

That second-period flurry pushed Chapman ahead of Edwin Evers for the lead at the end of two periods. While Evers was only able to catch two bass for 4-12, Chapman reeled in four bass for 8-10. The Kansas pro not only found the right bait to use, but also the right area.

“Everything on the lake looked good,” Chapman said. “It makes it tough to kind of pinpoint where the fish are. All you can do is fish everything that looks good and try the different techniques you think will work. I found the fish were really shallow behind the Cypress trees and that’s what helped me really key in today.”

While Chapman has a couple of days off to prepare for the Sudden Death Round, the other five anglers must fight for their right to meet him there. All of the five pros will carry their weight over to Elimination Round 2 where only the top two will move on to the next round. Here is where the anglers will start in the standings when their Elimination Round begins:

The General Tire World Championship continues on Saturday, July 6 at 2 p.m ET on CBS with Elimination Round 1.