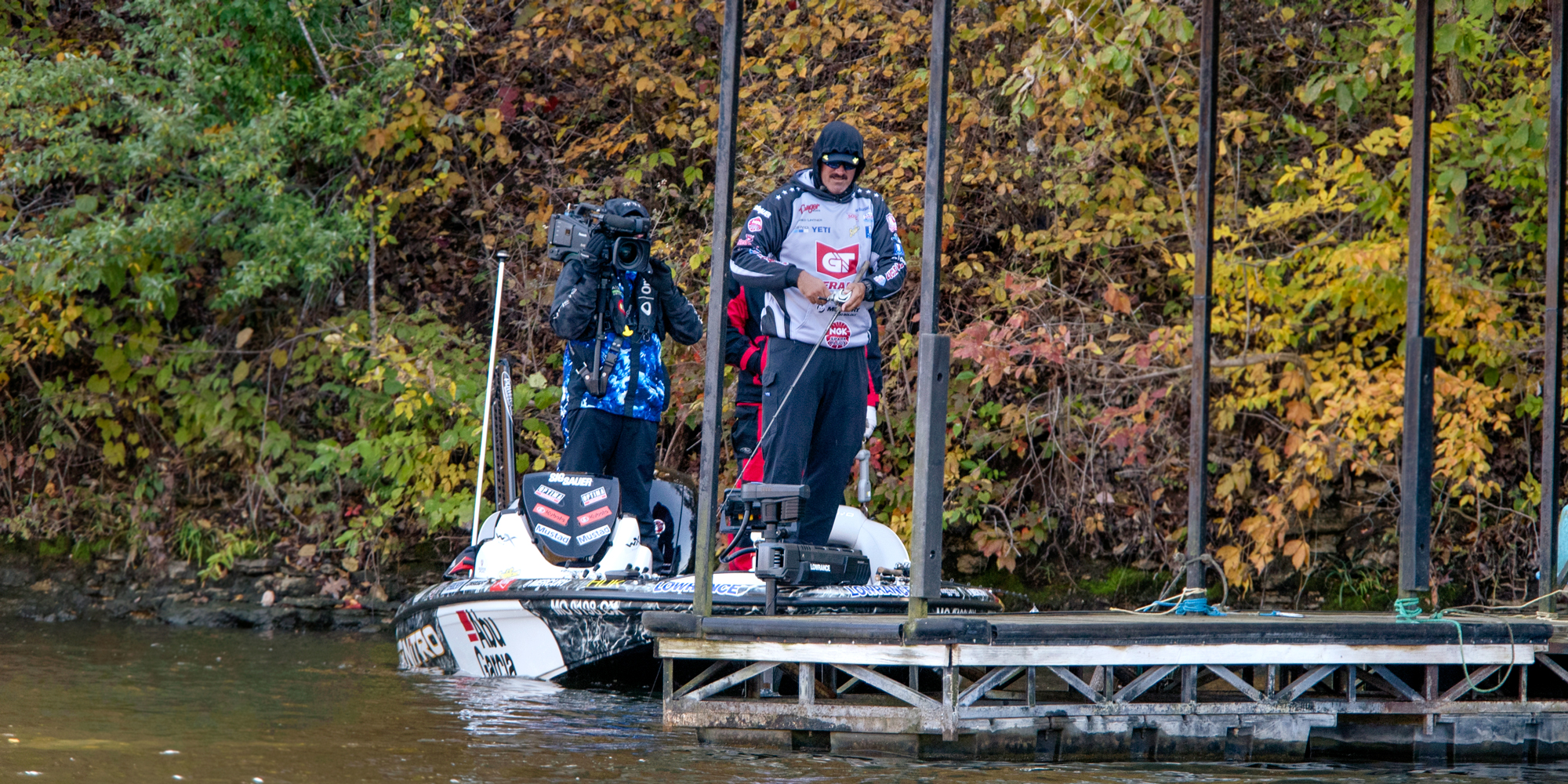 OSAGE BEACH, Mo. – It was cold, it was windy, but the fish were certainly biting during Elimination Round 2 of the 2020 Wiley X Summit Cup Presented by B&W Trailer Hitches. It was a tight race for the final spot in the Top 6 until the finish, but it was clear fairly early that Jared Lintner had first place all locked up.

Lintner finished the day with 33 bass for 58 pounds, more than 29 pounds ahead of second-place finisher Alton Jones Jr. The California pro entered the second period in third place with six bass for 8-14.

Thanks to a couple of different lipless crankbaits, Lintner found one special pocket where he caught 25 bass for 45-11. That impressive run was the difference for “The Milkman,” giving him enough cushion to coast into the Sudden Death Rounds.

“I was able to cover water really effectively with those crankbaits,” Lintner recapped. “I found some shallow and flat pockets where there were plenty of shad and the bass were just blowing up constantly. I found that spot, put down my Power-Poles, and whacked them for about an hour and a half. Hopefully I can find about two spots like that in the Sudden Death Round.”

While the remaining seven pros battled for a spot in the Top 6, Alton Jones Jr. and Wesley Strader found themselves in a comfortable position for the majority of the round.

The two pros sat in first and second place on SCORETRACKER® after Period 1, just above Lintner. After Lintner went on his impressive run, both Jones and Strader kept a steady pace throughout the rest of the day, separating themselves from fourth-place Brandon Palaniuk by 4-6 for Strader and 10 pounds for Jones.

Battle for the Final Spot

The final period came down to four anglers battling for the last two places in the Top 6. Entering the final frame, Fred Roumbanis and Todd Faircloth found themselves in favorable positions above the Elimination Line, while Scott Suggs and Randy Howell entered the final period on the outside looking in.

Suggs found success with a white spinnerbait, catching seven bass for 9-14 to move into the Top 6. Thanks to Faircloth’s struggles in the final period, Suggs ended his day in fifth place and is moving on to the Sudden Death Rounds.

That left one spot left for either Fred Roumbanis or Randy Howell. Unfortunately for Roumbanis, he was only able to muster up three scorable bass for 3-11 in Period 3, leaving the door open for Howell.

Howell was in last place with a little over an hour and a half remaining in the round. With a crawfish-colored crankbait tied on, Howell went on to catch six bass for 9-2. His final catch, a 1-8 with only 12 minutes remaining, vaulted him in front of Roumbanis for the last spot in the Top 6 by just 15 ounces.

Elimination Round 3 of the Wiley X Summit Cup Presented by B&W Trailer Hitches begins on Saturday, May 30 at 2 p.m. ET on Outdoor Channel.

Ten new anglers face off to be one of the pros in the Top 6 when the day is done. Those six will move on to the Sudden Death Rounds with the 12 pros advancing from Elimination Rounds 1 and 2.