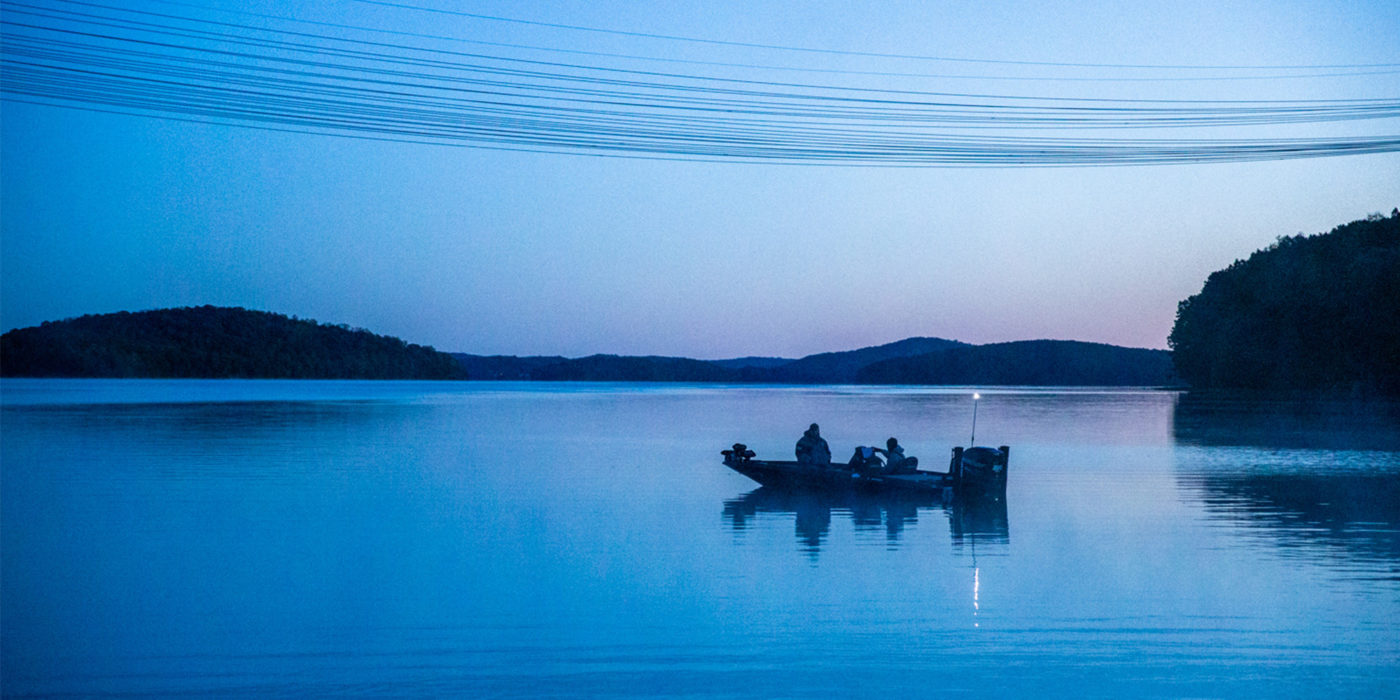 The Championship Round of the 2019 Challenge Cup airs Saturday, June 15 from 2-4 p.m. ET on the Outdoor Channel. Photo by Phoenix Moore

ALBEMARLE, N.C. – During the Challenge Cup week at Albemarle, N.C., the eight pros who went the distance survived a high-water grind at High Rock, then a dashing low-water sprint at Tillery, and now they find themselves caught in between the two for the Championship Round, literally.

Badin Lake, located between High Rock and Tillery in the Yadkin Chain of Lakes, will be the course for the Championship Round. Badin is about 4,900 acres in size and 7 miles long with 43 miles of shoreline. The big X-factor that pros will encounter at Badin will be shallow emergent vegetation commonly called “water willow,” which grows vigorously on Badin’s lower end. The water willow grows in 1 to 3 feet of water and makes for some excellent bass-holding cover in the spring.

Water willow was not present in the High Rock zones nor in the dewatered Tillery, so it’s a new variable for pros to assess at Badin, especially in the fall of the year.

Another mystery is current. With so much high water in High Rock located above Badin, lake managers might be pulling water hard through Badin to bring High Rock down. If so, the current could be a major player at Badin as well.

First Glances at the Playing Field

As the final eight pros pull into the Badin Lake Boat Ramp, they want to pull something from their prior experience on the Yadkin Chain over the last several days, yet not make too many hard, fast conclusions that could derail them down into a rabbit hole.  It’s a case of picking up where they left off from the previous rounds, but keeping it opened ended for Badin’s new waters.

“Yes, I’ll pick up where I left off at Tillery, but the main thing I’ll be ultra aware of initially is water clarity,” said Brent Ehrler, who is looking to claim his second MLF Cup. “I keep thinking they’re going to throw us on a clear water lake at some point. I’ve got my squarebills, Chatterbaits and spinnerbaits tied on from the other day, but I also have several jerkbaits and an umbrella rig ready to go in case we get out there and I can see the bottom in 4 feet.”

Andy Montgomery was eyeing the change in weather conditions as the rabbit hole to avoid.

“One reason that fishing was so good at Tillery was because of the warm, cloudy conditions before the front,” he pointed out. “That front went through last night, and now we’re back to bright, clear blue skies. That might put them a little closer to cover – that’s the thing I’ll be looking out for.”

Jacob Wheeler was also expressing his concern for the passing front, pointing to a major mid-morning lull that was likely to follow the front.

“The front passed through last night,” Wheeler explained. “And usually what happens is sort of a delayed reaction to the front. The fish will still bite in low light this morning. But come about 9 or 10 o’clock there is likely to be a big lull for a couple of hours when the sun is high and bright and the wind is still calm. How you plan to overcome that lull will be the key to winning today. You either have to build a big lead to survive that lull, or you have got to figure out how to produce bites during that lull.”

In his first two rounds of competition, Dean Rojas played a quality over quantity game that worked out well for him. He had the highest per-fish average in the Elimination Round at 2 pounds, 11 ounces and the second highest average in the Sudden Death Round with 2 pounds, 4 ounces per fish. In general, the MLF format favors a quantity over quality strategy, but Rojas has found a way to buck the system with quality.

“It’s worked out so far, but I don’t want to get too locked into it,” Rojas cautioned. “My strategy has been to stay out and fish places that have immediate deep-water access instead of going way back in the pockets. I get fewer bites, but the quality has been better. I want to play that same strategy in this Championship Round but it’s a different lake. The bait could be more active in the backs of the pockets here, so that’s the first thing I want to look at – where is the bait most active?”

With the much colder final morning, Ish Monroe joked that his main concern for the day was just staying warm.

“The best thing I can do today is staying relaxed,” he said. “And the best way to stay relaxed is to stay warm. And the best way I know to get warm on days like this is to catch a 5 pounder right off the bat. Something about battling a 5-pounder gets you fired up and produces a lot of heat. Then I’ll be warmed up and relaxed and I can just let the rest of the day fall into place.”