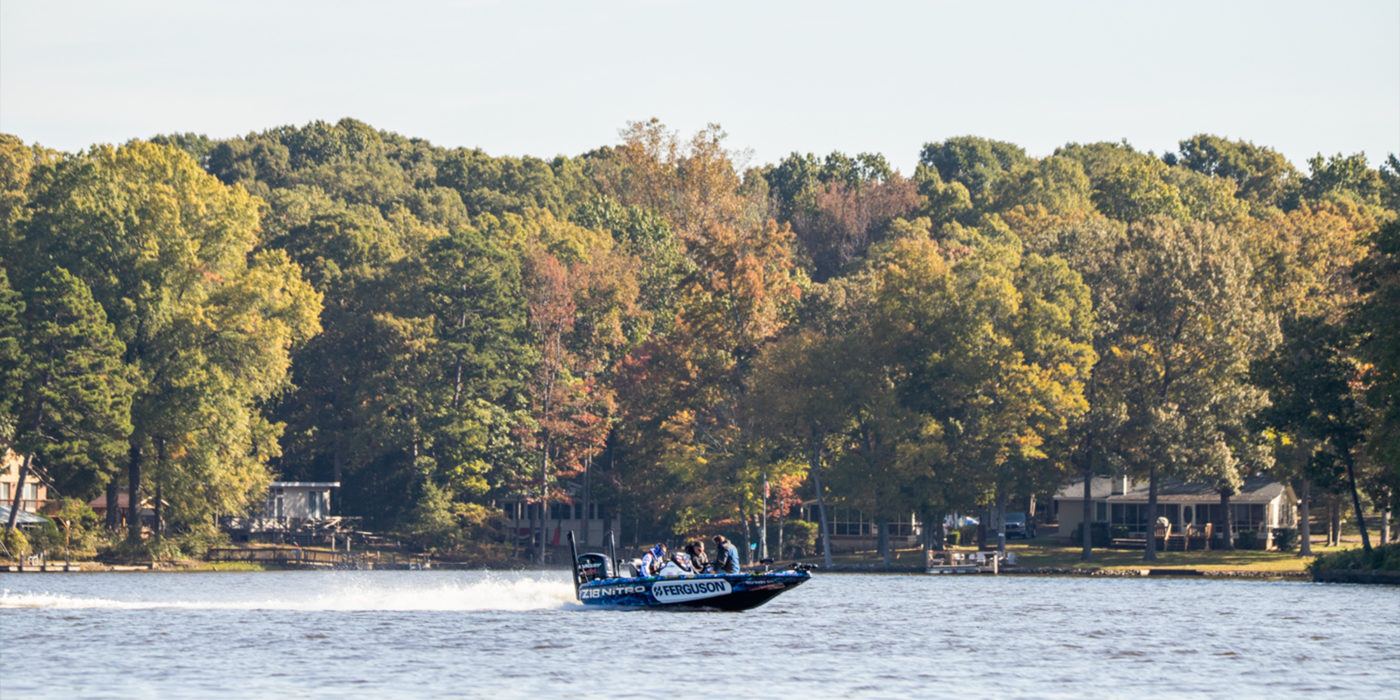 Sudden Death Round 2 of the 2019 Challenge Cup airs Saturday, June 8 from 2-4 p.m. ET on Outdoor Channel. Photo by Josh Gassmann

ALBERMARLE, N.C. – By the time the second group of Sudden Death anglers reached the Lilly’s Bridge Access Area on Lake Tillery in North Carolina, the cat was already out of the bag. Though the anglers had no idea what lake they were fishing, what they did know was that all the pros who fished in the Sudden Death Round the day before were all back at the hotel by 11 a.m. – and that was with a fog delay.

Some quick pro-angler math had already revealed that the Sudden Death lake was on fire and that the target weight could be reached at record speed.

“Those boys were back pretty dang early yesterday, no one can deny that,” Wesley Strader said with a grin. “I mean there are some things you just can’t help but notice. Obviously, I don’t know where they fished or what their target weight was, if we’re at that same lake right now and the cut weight is the same, I can only assume this is going to go down fast again.”

Moments later, a few more clues landed in Strader’s hands: he was given a lake map, assigned a target weight of 20 pounds and, most importantly, told the lake was about 7 feet low.

Now it all made sense to him.

“Yeah, I see why now,” he confirmed. “This looks like a small river-run lake and it’s 7 feet low; that makes this lake much easier to read. The whole process goes so much faster when you can read the banks like this.”

“I knew what I was looking for at High Rock the other day: channel swing banks with a certain type of rock on it,” he explained. “But I had to fish to find that combination because the water was so high. With this water being down, you can literally ride down the lake and find the exact bank angle and rock size you want. It makes the whole search process so much faster. And here’s the other thing: with this lake being small and so low, it might have some current being pulled through it – and current positions fish.”

“This lake is long and narrow,” he noted. “It almost just looks like a creek arm that you would find in a bigger lake. It’s only 10 miles long, which is plenty of water to fish, but yet not so big that you can’t get a feel for it. And the water being down like this only helps the cause. It compresses the available cover and condenses the fish.”

“A 20-pound target weight? Yeah, we better hit the ground in full stride here. This is going to go quick.”

Ish Monroe was rubbing his hands to together as well.

“These are absolute premium conditions for fall fishing,” he said. “This lake is low and it’s a warm, prefrontal morning: it just doesn’t get much better than that for this time of year. Today is especially a huge opportunity for me to punch my ticket to the World Championship.

“A few of the guys stumbled in the Elimination Rounds and now a couple of spots have opened up and I’m looking to take advantage this Sudden Death Round to get to the Championship.”