PREVIEW: From High to Low for Sudden Death Round 1 - Major League Fishing
Shop

PREVIEW: From High to Low for Sudden Death Round 1 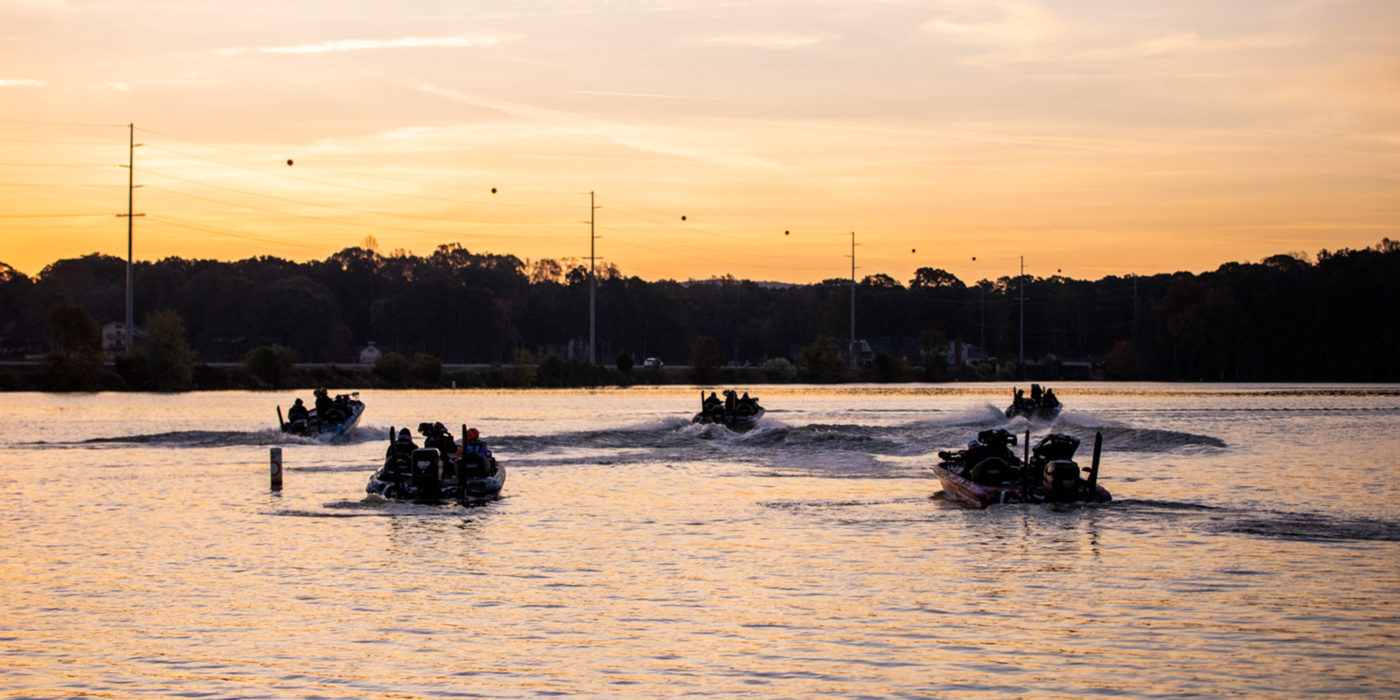 Sudden Death Round 1 of the Challenge Cup airs on Saturday, June 1 from 2-4 p.m. ET on the Outdoor Channel.

ALBEMARLE, N.C. – One of the highlights of any MLF Cup week is seeing where the MLF tournament committee delivers the curveball. As observed in many Cup events before, those who pick the lakes for MLF often like to insert one lake that offers a hard deviation from the first few days of the Elimination Rounds. Whether they go from clear water to muddy water, from a bare lake to a weedy one, from a smallmouth lake to a largemouth lake, you can bet that somewhere during a Cup event week, the track is going to change course abruptly to see how the participants adapt.

For the Cup event in Albemarle, that distinct change is going to come with the Sudden Death Round at a small lake in the Yadkin Chain of Lakes called Lake Tillery. At just 4,600 acres in size at normal pool, the catch at Tillery comes in the form of low water – as in water level that is about 6 to 7 feet below normal.

Given the fact that two hurricanes have dropped flooding rains over the Carolinas in as many months, it would be hard to believe there would be a “low” lake to be found in the Carolinas, anywhere. However, Tillery is dropped to low levels every seven to 10 years for infrastructure repairs around the lake. And this just happens to be one of the years the lake has been dropped and despite flooding rains, lake managers have been able to keep Tillery dewatered.

After fishing high water levels at High Rock for the Elimination Round – and knowing the Carolinas have been flooded with rain – pros arrive at Tillery for Sudden Death fully expecting to find more of the same. However, seeing a bare bank of nearly 7 feet is just the kind of flip-flop that sent some pros back to their boat to make some last minute adjustments before launch.

Ironically, Mother Nature also got in the curveball act on the first morning of Sudden Death as well. After three clear blue days of post-frontal weather, day one at Tillery brings warmer, balmier temperatures and dense fog, calling for an hour-long fog delay. The extra hour gives pros time to make tackle adjustments for low water.

Bobby Lane found the high-to-low water switcheroo to be a welcome sight.

“Thank goodness!” Lane exclaimed when he saw the low water. “Honestly, High Rock really tried me the other day. I never really got anything going and was frustrated because obviously fish were being caught and I never dialed it in; I just sort of resorted to survival fishing to get by and I was the last guy in by just 3 ounces. So to see a complete change in water level like this does my heart good. This presents some new opportunities, which I need after my Elimination Round.”

As for the 20-pound Target Weight, Lane says it sounds strong, which is a good sign, because whoever set it has reason to believe there are plenty of fish to be caught, especially with the low water.

Despite dominating his Elimination Round in high water conditions on High Rock, Ott DeFoe found the low water on Tillery to be a sight for sore eyes as well.

“High water in the fall is not something I see very often, especially at home in Tennessee,” he said. “They pull our lakes down in the fall, where you can easily see steep banks and flats, so this lake looks better to me in terms of visually being able to find what I want to fish.

“I could never find any good flats to fish over at High Rock,” he continued. “So once I got bit on that big bridge in the zone, that’s where I hunkered down and committed.”

What bothered DeFoe about winning his Elimination Round on the bridge was that other fish were being caught that he never really tapped into.

“That bridge was not the only game in town,” DeFoe said. “I purposely left the bridge late in the third period to go find something else that was working, but I never found it.”

Brent Chapman liked the news of low water, too.

“From the first look, this thing looks like a mini Bull Shoals,” Chapman offered. “I just hope it’s not clear. If this water has any color to it at all, it could fit right into my plan of cranking. Shallow cranking in low water where I can see the transitions and changes on the bank is something I really like to do. But the water needs to have at least some color in it to keep the fish up shallow. If there’s any water color to this lake, 20 pounds could go pretty fast, especially with this kind of foggy weather.”