PREVIEW: Second Elimination Round Off to a Chilly Start on High Rock - Major League Fishing
Shop

PREVIEW: Second Elimination Round Off to a Chilly Start on High Rock 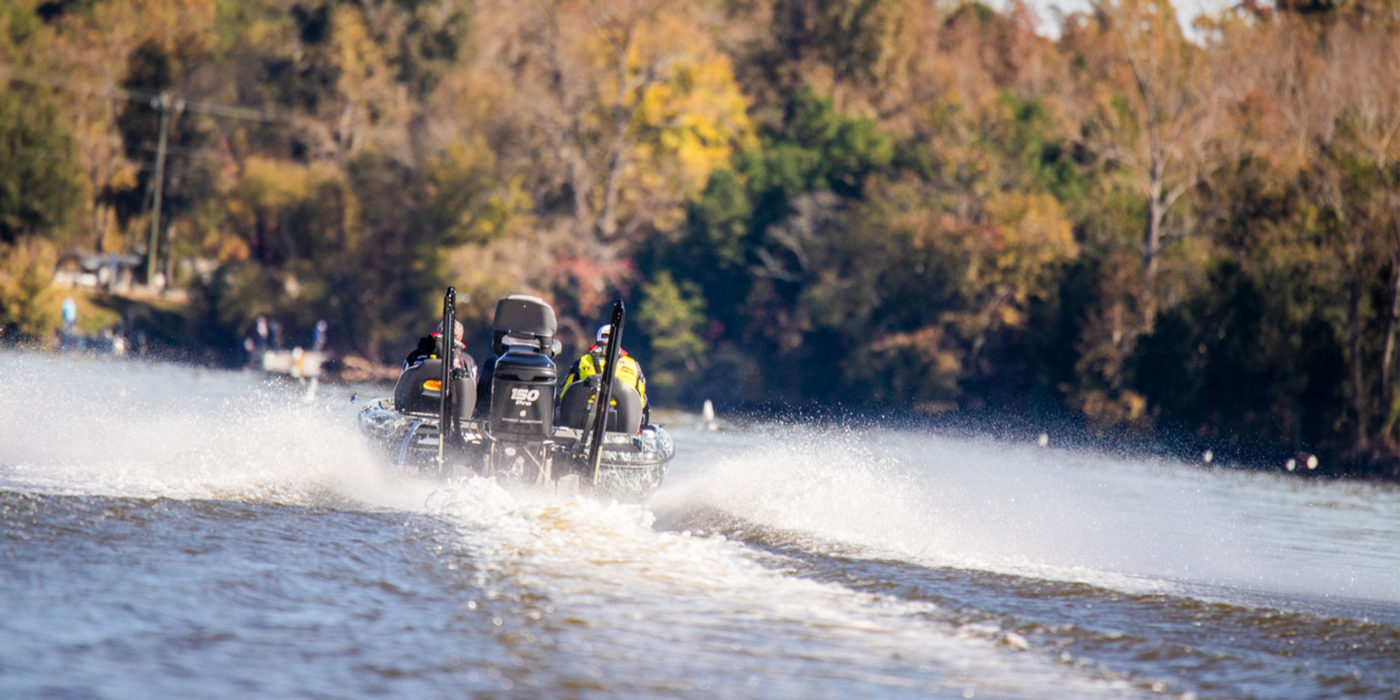 Elimination Round 2 of the Challenge Select airs on Saturday, May 18 from 2-4 p.m. ET on the Outdoor Channel.

ALBEMARLE, N.C. – On Day 2 of the Elimination Round for the 2019 Challenge Cup, the MLF crew returned to Tamarac Marina with a fresh crop of 10 new anglers who were ready to test the midsection of High Rock Lake, which includes the waters of Second, Crane, Town and Crow creeks.

As pros exited the trucks on the frosty morning of the second day of competition, puffs of condensation trailed their voices.

“Dang, I didn’t bring enough clothes for this,” said Jason Christie after exiting the warm cab of the truck. “I don’t know, but I’m guessing this is probably one of the coldest mornings they’ve had here this year.”

Despite the temps dipping down into the 30s, Christie immediately liked what he saw in the water of Second Creek.

“Looks high and pretty stained up to me,” Christie continued. “It actually looks a lot like Grand Lake from right here, so I’m good with it.”

“And that’s how I’m going to attack it,” he said. “Just like it’s Grand Lake. All I really need to know is the water temperature. It’s cold this morning, but the lake water might still be warm down below the surface. If that’s the case, then I’m going to fish more out on the main lake. If the water is already cold, then I’m going to work farther back into the creeks.

“High water in the fall doesn’t bother me,” he added. “Especially on a lake I’ve never been to before. All I know is there is stuff in the water to throw at and the water is cool enough where there should be some big ones up around that shallow cover, so that’s a starting point for me.”

A few boats over, Wesley Strader had a different opinion of high water in the fall.

“Being from Tennessee, high water in the fall of the year is sort of a rarity for me,” he explained. “Where I live, they usually draw the lakes down in the fall, so I don’t have much experience with high water this time of year. In fact, the few times I’ve encountered high water in the fall has been over here in the Carolinas when they get fall hurricanes on the East Coast.

“The main thing I’d like to know is whether the water is still rising or has it leveled out and started falling. I’m going to assume it’s dropping because it’s been a while since that hurricane dumped so much water over here.”

“High water in the spring is great because fish are headed to the bank; the bank is where everything is spawning and hatching,” he explains. “But when it starts getting cold in the fall and things start to go dormant, I’d rather have low water because it helps condense the fish and I can read the banks better in terms of channel swings, rock transitions, and visible brushpiles.”

Another boat over, Brent Chapman says he doesn’t really care whether the water is high or low in the fall. His primary concern is water color.

“As long as there’s some color in the water, I feel like I can go down the bank, just fish and get something going,” Chapman said. “Gin-clear water this time of year is my nemesis. So just seeing this much color in the water right here at the ramp makes me happy.”