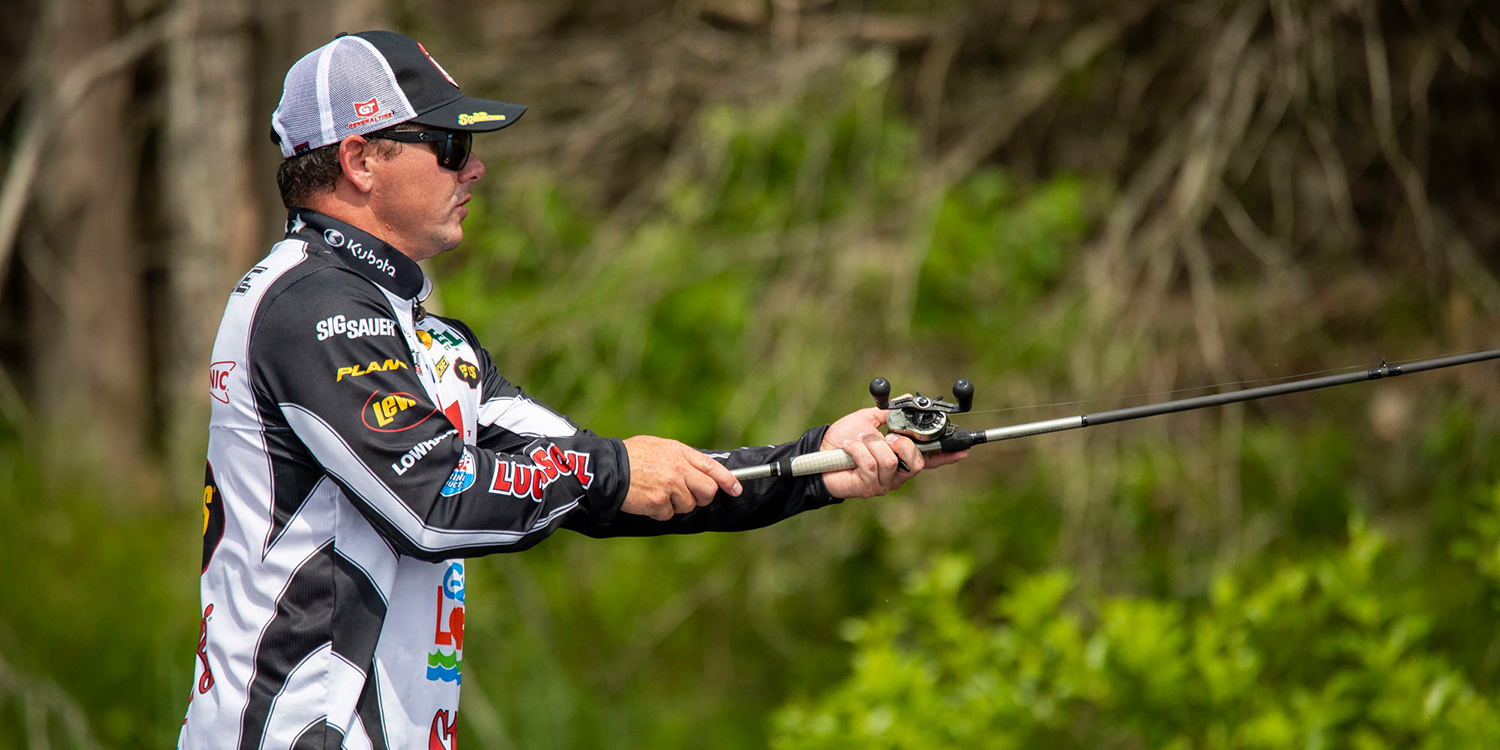 Only the top six pros in the group would move on to the Sudden Death Round, with the Challenge Cup trophy still in reach. Bull Shoals’ high, clear water proved to be either incredibly productive or a near-impossible puzzle to solve for the 10 anglers competing in Elimination Round 1.

In his MLF Cup debut, Jeff Sprague won Elimination Round 1 with 18 bass for 38 pounds, 8 ounces. The Texas pro used a combination of topwater baits to boat all of his fish, including seven over 2 pounds and three over 3 pounds. Sprague finished a comfortable 6-14 ahead of second-place Michael Neal, but that doesn’t mean he was without some nervousness.

“I was nervous as a cat before we got to the ramp,” Sprague said of his first experience with the anywhere-is-possible format. “We didn’t take a 10- or 15-minute drive to the boat ramp, it took about an hour to get to where we were going, so I thought we had crossed state lines or something. It took me a minute to get my nerves settled once I got out there. I really started to use SCORETRACKER® to my advantage, which helped.”

Sprague noted the high, clear water as a positive for his strategy. Because of those conditions, he was able to find rock veins and bare spots along the bottom of the lake that were prime bream bed locations. And while he may be prepared to expect the unexpected, he obviously wouldn’t mind returning to Bull Shoals once again for his Sudden Death Round.

“We may wind up in a river or on another small body of water, because I have no idea where we’re going,” Sprague predicted. “I liked Bull Shoals because those fish were not pressured at all. It’s not often that we go to a body of water that hasn’t been pummeled by other anglers.”

David Walker jumped out to a commanding lead to start the day, with eight bass for 15-7 after the first period. However, the Tennessee angler struggled after that and found himself below the Elimination Line with time winding down in Period 3. Walker was able to secure 5 pounds of bass in the final 15 minutes to move into the sixth and final position.

Michael Neal started the second period in fifth place, roughly 6 pounds above the Elimination Line. The third period is when it all started to click for Neal. He boated eight bass for 14 pounds, securing a second-place finish below Sprague.

Matt Lee struggled mightily to begin his day, with only 1-8 on SCORETRACKER® after the first period. Lee made some progress in the middle of the day, finishing Period 2 in seventh place. The fishing gods smiled upon the Carhartt pro in Period 3 when one cast with a jerkbait netted Lee not two scoreable bass, a 2-1 and 1-15. Lee used that momentum to catch eight bass for 12-10 on SCORETRACKER® at the end of the day, finishing in fifth place.

Out of Luck in the Ozarks

While six anglers will be moving on to the next round, four pros are heading home: Gerald Spohrer, Wesley Strader, Jason Christie and Jonathon VanDam all finished below the Elimination Line. Strader and Christie will return to Cup competition for the Patriot Cup. Strader and Spohrer will compete in the Summit Cup. The Challenge Cup was the only Cup event for VanDam.

The 2020 Challenge Cup continues on Saturday, Jan. 11 at 2 p.m. ET with Elimination Round 2 on Outdoor Channel.