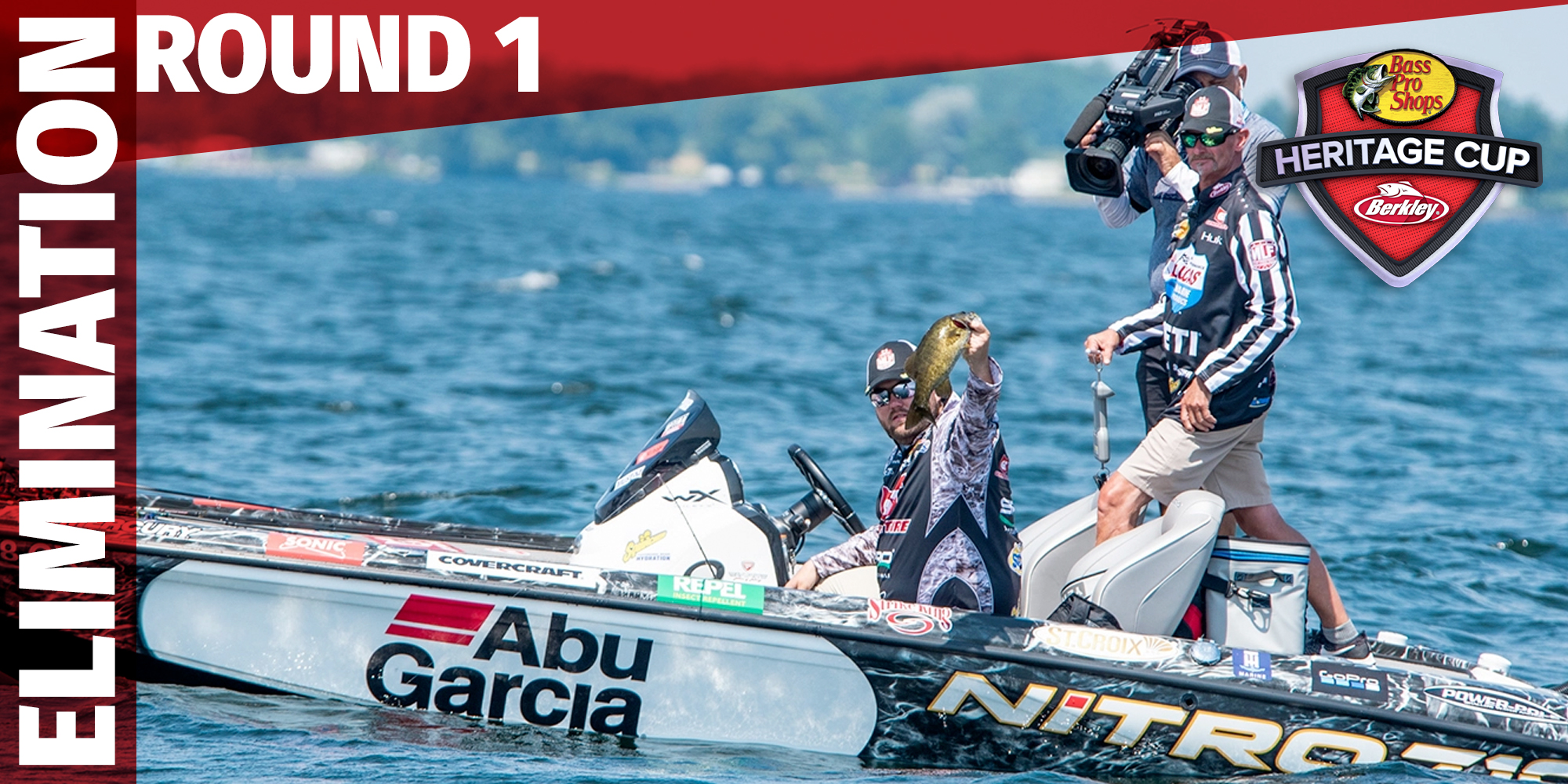 Michael Neal catches a fish on Henderson Bay during the 2020 Heritage Cup. Photo by Garrick Dixon

SYRACUSE, N.Y. – This week marks the beginning of the 2020 Bass Pro Shos Heritage Cup Presented by Berkley from Syracuse, New York. Thirty anglers come to the Empire State after qualifying for the cup event through their performance on the 2019 Bass Pro Tour.

On Saturday, you will see 10 anglers kick off the Heritage Cup with Elimination Round 1 from Henderson Bay on Lake Ontario.

The anglers will be given one of the largest areas to fish that we have ever seen in MLF Cup competition: more than 20,000 surface acres and 40 miles of shoreline.

Henderson Bay is a smallmouth fisherman’s paradise, and MLF analyst Marty Stone says that we should expect impressive brown fish (and a lot of them) for Elimination Round 1.

“These anglers don’t know that the fish are just two weeks coming off of their spawn,” Stone explained. “They’re feeding heavily on a post-spawn situation. These smallmouth will be feeding on goby and yellow perch, as well as other baitfish.”

Stone says he expects the anglers to attack Henderson Bay with one of two strategies. They can either look for offshore schools in water about 11 to 18 feet deep, or they can target a combination of rock and vegetation such as coontail, milfoil and sandgrass. Stone expects to see a little bit of both of these strategies in play by multiple anglers.

The 10 anglers starting us off for Elimination Round 1 are Mark Daniels, Jr., Ott DeFoe, Greg Hackney, Mike Iaconelli, Jared Lintner, Michael Neal, Fred Roumbanis, Bradley Roy, Terry Scroggins and Jacob Wheeler. We saw Hackney, Iaconelli, Lintner, and Neal compete in the 2020 Challenge Cup. This will be the first Cup event of the season for the rest of the field.

As a former General Tire World Champion, Greg Hackney is obviously someone to keep on the radar. “Hack Attack” qualified for the Hertiage Cup by collecting the 10th-most points over Stages Three and Four of the 2019 Bass Pro Tour.

The reigning General Tire World Champion, Jacob Wheeler, is another angler to watch for. When this event was being filmed in late July 2019, Wheeler was fresh off a Stage Seven win on the 2019 Bass Pro Tour. Watch for Wheeler to try and stay hot up north.

Bradley Roy is the only angler in the field making his MLF Cup debut.

The 10 competing anglers bring us Elimination Round 1 on Saturday, Feb. 15 at 2 p.m. ET on Outdoor Channel.